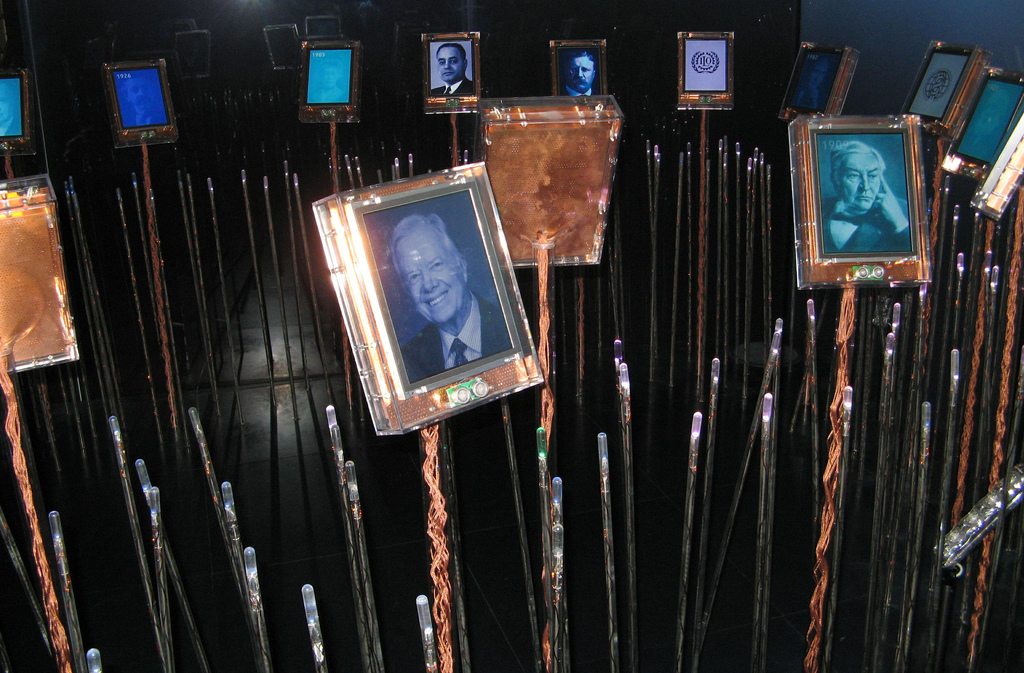 In a move not unlike recommending Nick Leeson for a financial probity award, the name of aspiring Republican presidential candidate Donald Trump has been put forward for the Nobel Peace Prize.

Trump is perhaps the most controversial figure in world politics at the moment. He has caused unending furore with his sexism and his bellicose and openly racist rhetoric. He is seen, with good reason, to be the epitome of divisiveness and ignorant hatred.

But not everyone, it would seem, sees these qualities as a potential detriment to world peace. Precisely who put Trump’s name forward for the award is not clear, as the only available sources state that he or she is an American.

According to Kristian Berg Hartviken, of the Peace Research Institute Oslo (PRIO), Trump had been nominated for:

his vigorous peace through strength ideology, used as a threat weapon of deterrence against radical Islam, ISIS, nuclear Iran and Communist China.

It should be emphasised that Hartviken did not include Trump in his own shortlist of five likely candidates. However, Hartviken’s shortlist is no more than informed speculation; PRIO is not formally associated with the Nobel Institute. Sadly, Hartviken overlooking Trump is no guarantee that Trump won’t win the Peace Prize.

The argument for the nomination does not really stand up to scrutiny. This is chiefly because there is no evidence at all that Trump’s ‘ideology’ has served as a ‘deterrent’ against any US enemy in particular. On the contrary, it has driven a wedge between different communities in the USA, potentially making violence more likely. The danger of Trump’s call to ban Muslims from entering the US, and to force Muslims to wear public identification, encourages estrangement, ignorance, resentment and mutual suspicion.

The greater distance Trump would create between the US and the Middle East would also lead to greater mutual alienation. Peace has never been made to flourish by keeping different populations so remote from each other that each understands nothing about the other.

Also, Trump’s plans to prevent Mexicans crossing the southern US border would probably require military force to implement. After all, without military protection, even a giant wall can be breached.

Trump is not material for a Nobel Peace Prize. At best, he is material for the greatest self-caricature of the current presidential elections.

As for the Nobel Institute’s nomination process, it should be kept in mind that every year over 200 nominations are received. It is perhaps inevitable therefore that the odd unintentionally comical suggestion is put forward. The chances of Trump actually being granted the award seem mercifully low. But perhaps the process needs revising nonetheless, and not just because of Trump. It was frankly absurd that Barack Obama received the Nobel Peace Prize in 2009 for nothing more than making a few flowery speeches just after his inauguration. And even that decision looks water-tight when compared to Henry Kissinger being so honoured while bombing Cambodia to kingdom-come in 1973.

Maybe the criteria to be a nominator needs tightening. The credibility of Nobel Laureates is being badly undermined by the Institute when it fails to filter out obvious hate figures. It has reached the point where winning the Prize is almost meaningless. Seeing that being a peacemaker is already an oddly thankless task in the modern world, that is a doubly sad outlook.

Your best bet to fight any chance Trump has of winning the most badly-earned prize in history is to contact the Nobel Institute and report your dismay. You can do this via: