Senior Tories could face arrest, as party caught cheating in these by-elections (IMAGE) - The Canary 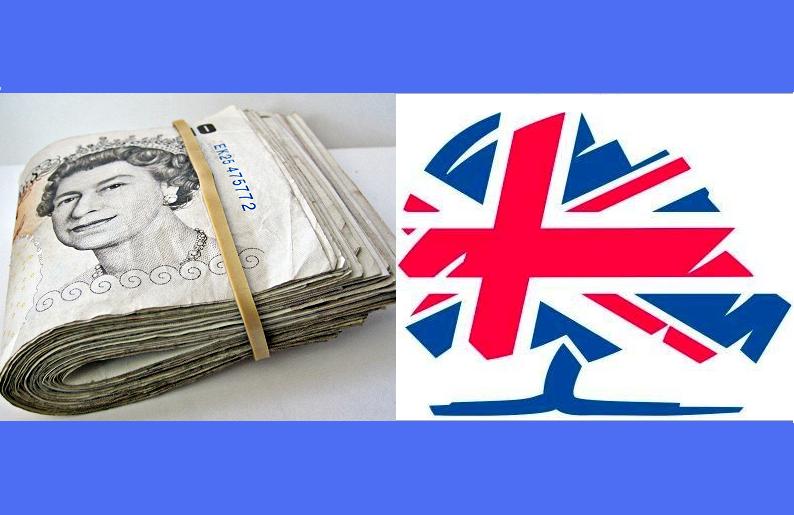 The innate unfairness of money in politics has been brought to public attention once more, with the discovery that the Conservative Party may have been cheating at three by-elections in 2014. All by-election campaigns are subject to a ‘spending cap’ of £100,000 per candidate. However, Channel 4 News has obtained documents indicating that the Tories only stayed within these limits in 2014 by not declaring thousands of pounds of their spending.

The three by-elections in question were for the seats at Newark, Douglas Carswell’s Clacton constituency, and, most bitterly-fought, Rochester & Strood, then-seat of Mark Reckless. Carswell and Reckless are former Tory MPs who defected to the UK Independence Party. All three by-elections were seen as Tory battles against the then-rise of UKIP (since curtailed).

The documentation Channel 4 obtained mainly takes the form of receipts that were unmentioned in the declared expenses submitted to the Electoral Commission. They relate to Conservative Party campaign workers staying at six hotels during the campaigns. According the Channel 4 News, the receipts show:

The fact that the pattern holds true in all three seats suggest that these transgressions were no mere mistakes. The fact that it involves senior members of the party as well suggests that the arrangements were authorised by Conservative Party HQ.

The scale of the excess spending looks quite alarming when it is broken down. The number of people brought to the constituencies suggests that the Tories were trying to win a local election by the sheer size of their national party membership. This is both tilting the playing field (therefore cheating), and imposing national politics on local constituencies, which would be against the spirit of the rules even if it did not actually violate their letter.

The undeclared hotel bills are particularly serious. They were for 1,401 nights of accommodation. The total cost of rooms, food, and other miscellaneous spending amounted to over £113,000 across the three campaigns. Of these, 1,182 nights, well over 80%, fell within the campaigning time limits (“regulated periods”), for which all campaign spending must be declared by law. The amount that went undeclared during the regulated periods totaled £94,112.19. This would have been near to the spending cap for a fourth by-election.

The over-spending in Rochester & Strood particularly stands out, in which nearly £57,000 of the undeclared hotel bills were discovered. Had they been declared, the Tories’ official spending for the by-election would have been £153,659.83. In other words, more than 50% over the £100,000 spending limit.

Marion Little, who is a senior staffer at Conservative Central Office, was awarded an OBE in this year’s New Year’s Honours List. The official reason she received the award was for her work during the 2014 by-election campaigns. Interestingly, almost all of the hotel bookings were done in her name.

Many of the party workers’ hotel bookings are also noteworthy for the name given for each room; a lot of them were just called ‘Mr Conservatives’.

Such a generic name being used quite frequently seems to imply a mass-booking done in a hurry. But such a hurry that Ms Little failed to notice how many of them?

There are further expenses implied in all this that are not included in the above figures, which are only the ones for which clear evidence has been found. Many of the Conservative Party workers present at the by-elections were likely to be employees of the party. Therefore, not only should their hotel bills have been declared as election expenses, but so too should their wages for the regulated periods they were in the by-election constituencies. Given some of the numbers involved – 42 rooms in one night at the peak – the real totals that were not declared could be tens of thousands higher than what has so far been found.

To add to this, at least two campaign centres the Tories set up in the Rochester area were not declared either. The buildings used would have a rental bill attached to them, which would count as expenses as well. The amount paid to use them is not known – and it should be.

It is just possible that this was all a series of oversights, but it seems unlikely, especially at the by-election for Rochester & Strood. It was very bitterly fought, and rumours circulated at the time that David Cameron might be ousted as Tory leader if it were lost. He ordered Tory MPs to visit the constituency to raise the party’s local profile, and made five visits himself. In that light, it is quite clear that the Tories, right up to the highest level, were desperate to retain the seat. it is precisely that sort of desperation that triggers cheating. On balance, the repeat pattern of transgressions across all three by-elections is unlikely to have all been an accident.

So, unless the Tories can prove that these expenses were among what was declared to the Electoral Commission, someone in the Conservative Party will have to be prosecuted.

If you want to contribute to the battle to reform our plutocratic electoral system, here are some things you can do; –

-You can apply pressure to the Committee on Standards in Public Life by tweeting demands for a full investigation.