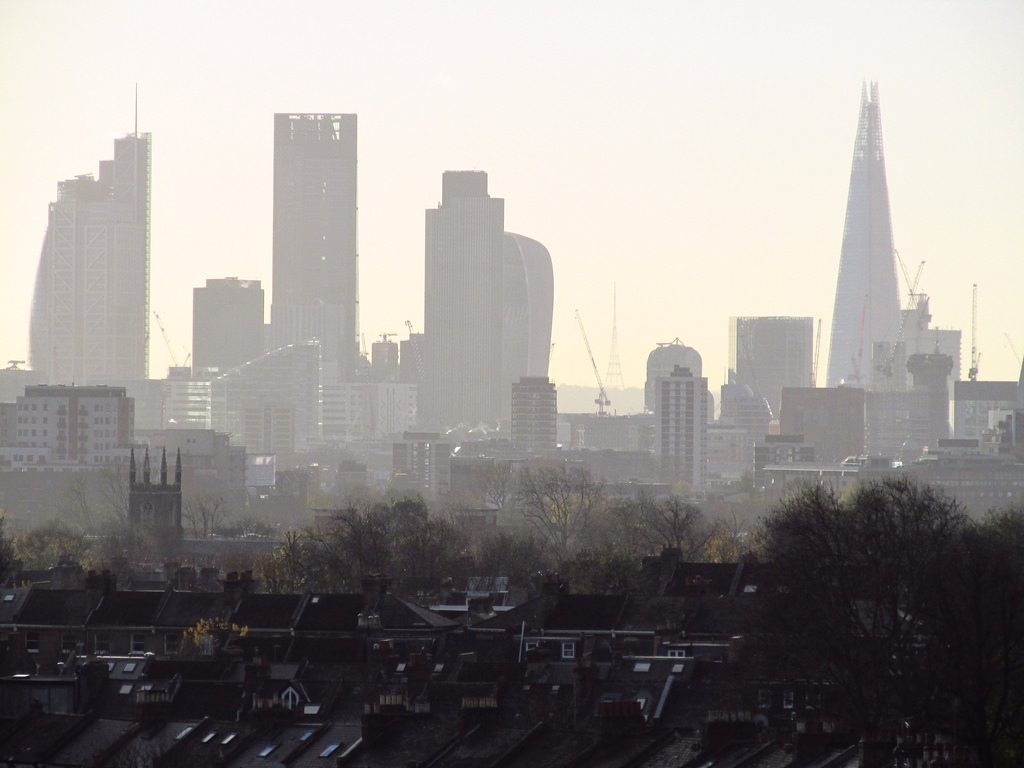 In the same week that the World Health Organisation (WHO) declared a global air pollution emergency, thirteen climate activists were found guilty of aggravated trespass at Heathrow airport and told to expect jail time. Their protest, against the expansion of the airport, Britain’s largest single source of emissions, was peaceful and presented very little actual disruption to the airport, and yet, for the first time ever, a UK group may go to prison as the result of an environmental protest.

Over the coming weeks we will be taking a closer look at the personalities and motivations that drive these thirteen climate activists to put their liberty on the line. In July 2015, shortly after a government report recommended the building of a third runway, they entered Heathrow airport through the perimeter fence, locked on to objects near the runway and called the police on themselves (as a safety measure).

One protester climbed a truck wearing a polar bear suit, drawing attention to the melting of the polar ice caps and the devastating consequences for its wildlife. All thirteen were arrested and later a court date was set for early 2016.

On the 16 January, just two days prior to their trial, the WHO warned that we are standing on a precipice. If immediate action isn’t taken it could plunge multiple parts of the world into crises, with hospitals overwhelmed, infrastructures hemorrhaging and workforces paralysed. The causes include particulate from coal burning,  ozone, and chemicals like nitrogen dioxide which represent both an immediate threat to public health and a health time bomb that could burden health services for decades to come.

Climate change and air pollution, are two sides of the same coin – it is primarily the burning of fossil fuels that drives both. There are other factors driving climate change, for instance, the methane leaked from fracking, and this study estimates that emissions from animal agriculture account for half of all emissions, but the main culprit at the root of these is the vast amounts of fossil fuel burned in land vehicles, in power stations, on ships, and airplanes.

Last December Beijing went on red alert, a cloud of smog engulfed the city, and finally, the government ordered the closing of schools and factories. The level of air pollution had reached 40 times its safe and legal limit. The city ground to a halt.

Slightly less dramatic, maybe, but no less harmful in the long term, is the situation in London, where air pollution levels breached their annual limits for 2016 within 8 days. A study by King’s College London found that 9,500 people die prematurely in the capital, as a result of pollution, every single year.

Globally, the figure is much higher, the UN states there are over 3.3 million premature deaths a year from air pollution, more than HIV, influenza and malaria combined. In Delhi, the pollution is so bad that doctors have simply begun prescribing that patients leave the city.

Heathrow airport’s contribution to London and the UK’s overall pollution level is already out of all proportion to the benefits it provides. That hasn’t stopped its owner, BAA systems, from setting up and funding a false ‘grass-roots’ organisation called Back Heathrow to try and woo the public into supporting airport expansion with the promise of jobs and commerce.

Robert Basto, the oldest member of the ‘Heathrow 13’ activists, at 67 is unlikely to be swayed. With a PHD in atmospheric physics, he is more than clued up on the science of climate change. But his mission is also personal, his 94-year-old mother is sick, an illness which may be exacerbated by her living in the flight path.

Huge numbers of locals in the area around Heathrow feel the health and quality of life impacts, as well as having their homes threatened by expansion. So have formed groups such as the Stop Heathrow Expansion, and HACAN.

In court the Heathrow 13 consistently argued their case from the defence of ‘necessity‘, whereby acting to save life and property can justify breaking the letter of the law in some circumstances. This has previously been accepted in other high-profile cases, most notably the Kingsnorth Coal Station trial. But this time, the judge would not even allow it as a defence, preferring to focus on the monetary costs of the disruption.

And let’s be clear, these are circumstances of absolute necessity, there is no question that air pollution is costing lives, nor that climate change is having disastrous consequences around the world.

At COP21 in Paris, 196 countries agreed with the scientific consensus that climate change is occurring and it is man-made. That was unprecedented. Climate skepticism is no longer a tenable position-  climate change is simply a reality that we, and that means all of us, have to deal with as best we can.

But when the government repeatedly backtracks on its climate and air standard obligations, it looks an awful lot like the legal and political channels are failing. For those truly dedicated to halting the effects of climate change, prison will be no deterrent at all. The Heathrow 13 might have broken the law, but in the context of the dangers we face, they were entirely justified in doing so.

Ever wondered what motivates some to make sacrifices that others would never consider? The Canary will be providing a closer look at the Heathrow 13 over the coming weeks, with interviews, personal accounts,  and minute by minute coverage of sentencing on the 24th of February.