Russia blamed for collapse of Syrian ceasefire, but this is the real culprit - Canary 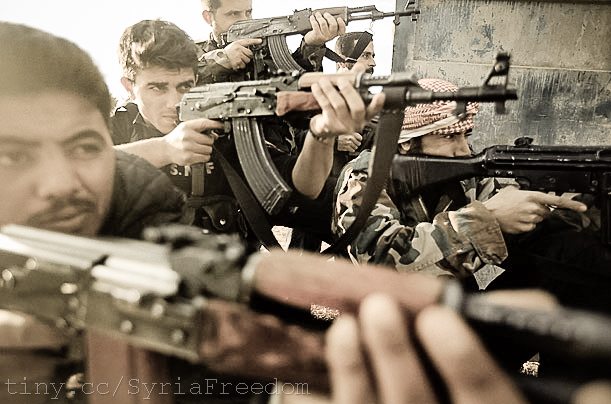 As the Turkish military continues to shell US-backed Kurdish militias in northern Syria and Saudi Arabia amasses troops on the Turkish/Syrian border, Russia has been accused of deliberately targeting two Doctors Without Borders (MSF) facilities in and around Aleppo province. All this suggests that a ceasefire plan negotiated by the International Syria Support Group at the UN is in tatters before it has even begun.

As usual in the west, the blame for this failure is being put firmly at Russia’s door. Many media outlets have claimed that Russia will continue its airstrikes around Aleppo even if a ceasefire agreement is reached. And unconfirmed claims that it was Russian jets which struck MSF hospitals emphasise the simplistic rhetoric of ‘us’ against ‘them’, adding further to the implicit message that western powers are the good guys. The hope here is clearly that citizens will have forgotten about the MSF facility previously destroyed by the US in Afghanistan, or the one hit in Yemen by the Saudi Air Force.

Whilst it’s undeniable that Putin’s defence of Bashar al-Assad has majorly contributed to the humanitarian crisis we see across Syria, and the plight of refugees throughout the region, the simplification of such complex circumstances by the west into an ‘us’ against ‘them’ situation is a dangerous game. The reality is that the US’s claims that Russia and Assad are the only forces to blame for the current crisis are laughable, as is Phillip Hammond’s suggestion that Putin could end the conflict with one telephone call.

The Turkish role in the conflict is a good place to start if we want to begin to understand the complexities of this so-called civil war. As a member of NATO, Turkey’s actions in the Syrian conflict have a very serious potential to escalate the war further and drag other NATO members in deeper. The downing of the Russian jet last year, for example, was met with an extraordinarily cool-headed response from Moscow, even though it had the potential to trigger all-out war between NATO and Russia.

Over the weekend, Turkish forces continued to use the cover of the Syrian civil war to attack Kurdish targets in northern Syria (or Rojava). Ankara had previously done everything possible to ensure that the secular, gender-egalitarian, and democratic forces of Rojava were not invited to the Syrian peace talks.

But during Turkey’s latest round of attacks, Syrian government forces were also targeted – breaching Syrian sovereignty and once again risking military escalation between state-backed forces. This situation is surely only in the interests of those who wish to see Assad removed at any cost.

And this is precisely the aim of the Turkish state, which has invited Saudi Arabian jets into its bases bordering Syria and has begun mobilising ground troops in a coalition with Saudi Arabia. This has created speculation about an imminent ground invasion. Again: an absolute guarantee to escalate hostilities.

Turkish Foreign Minister, Mevlut Cavusoglu, has said that both Turkey and Saudi Arabia have agreed that a results-based strategy was the best option to defeat terrorist groups in Syria, and that they “may launch an operation from the land“. These intentions were quickly condemned by the Deputy Chief of Staff of the Iranian military, Brigadier General Masoud Jazayeri, who insisted:

We definitely won’t let the situation in Syria to go forward the way rebel countries want… We will take necessary actions in due time.

This is where we begin to get to the real crux of the issue. This is not a war to support a popular uprising in the name of democracy, as we were told in the beginning. And this is not a war to stop the humanitarian crisis caused by Assad’s brutal crushing of said popular uprising. Nor is it a war to stop the spread of terrorism. This is geopolitics in action. It’s a multi-faceted battle for control and influence over the Middle East. And that’s what has created the major humanitarian crisis we see today in Syria. So instead of simplistic rhetoric, the situation deserves serious analysis. But it’s so much simpler just to blame the Russians.

Write to David Cameron and your MP to ask them to push Turkey to abandon its stubborn and destructive stance towards the conflict in Syria and towards Kurdish communities in both Turkey and Syria.

Support the campaign to boycott Turkey.