These documents show US to blame for destabilising Syria - Canary 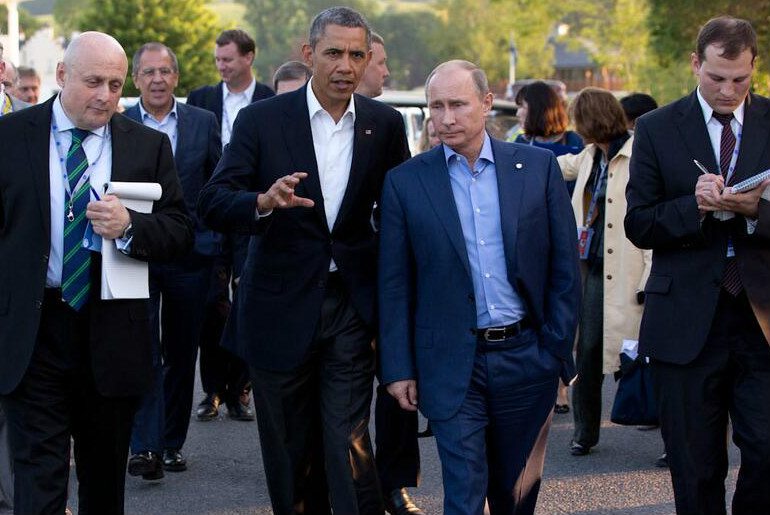 In 2011, the Arab Spring spread throughout the Middle East. All protests were suppressed but there was something different about Syria from the start. Organised violence quickly erupted between US-backed opposition and Russian-allied Syrian forces leading to widespread destabilisation.

Whilst western media outlets choose to propel the image of a desperate dictator willing to go to any lengths to maintain his grip on power, Wikileaks cables reveal beyond a doubt that there was much outside interference in the Syrian state contributing significantly to its destabilisation.

Soon after violence had taken hold of Syria, President Obama issued a stark warning to President Assad, stating that the use of chemical weapons by government forces would be seen as a “red line” to be punished with air-strikes. Although that line was crossed and the US-led coalition has been bombing Syrian territory since late 2014, these strikes have been aimed either at Daesh targets or in support of “moderate rebels”, not against Syrian government troops. Although many right-wing commentators have called for such strikes to happen, the Obama administration has shown restraint in order to avoid direct conflict with Russia.

What Wikileaks can tell us

Chemical weapons may have been the red line for direct destabilisation from the air, but the US has been covertly carrying out its goal since at least 2006. Leaked cables from William Roebuck, the chargé d’affaires in Damascus at the time, show that destabilisation was a major foreign policy goal for the US. Amongst other tactics, the cables state the “opportunity” that was presented by the “potential threat to the regime from…Islamic extremists”. In addition, attempts to play on Sunni fears and to ratchet up sectarian conflict were stated as attractive options:

There are fears in Syria that the Iranians are active in both Shia proselytizing and conversion of, mostly poor, Sunnis. Though often exaggerated, such fears reflect an element of the Sunni community in Syria that is increasingly upset by and focused on the spread of Iranian influence…Both the local Egyptian and Saudi missions here are giving increasing attention to the matter and we should coordinate more closely with their governments on ways to better publicize and focus regional attention on the issue.

Bare in mind these cables were sent in 2006. This was during the height of the sectarian violence sweeping through Iraq in the wake of the invasion of Iraq. While US, UK and coalition forces died in Iraq, US foreign policy planners were already plotting to bring such destabilisation to Syria, too. Nobody in such circles, unless utterly incompetent, could deny the implications of fuelling sectarian divides.

Looking further into the Wikileaks ‘Syria Files‘ reveals the real target. Syria is a stepping stone to isolate Iran and, by proxy, Russian interests in the Middle East. As the previously quoted cables highlight, the US was willing to play on Sunni fears of expanding Iranian-Shia influence in Syria. This acceptance of the Saudi position casts doubt over the publicly stated intentions. Human rights are not enshrined, democracy is not spread and sectarian violence is most certainly not quelled, by coming down on one side or the other.

As was the case in Iraq, the rewards offered by control and influence over the flow of natural gas and oil in and around Syria are huge. For the US, control of these assets, either directly or through proxies via regime change, would allow them to further isolate Russia. If such influence could be achieved, it would allow the US – along with its allies in Israel, Egypt, Turkey, Cyprus and Lebanon – to continue development of an Israeli-dominated regional gas export network into Europe. Such a development would have profound economic effects on Russia, as described by Simon Henderson, director of the Washington Institute’s Gulf and Energy Policy Programme:

But by the end of 2013, Russia made a bold move to secure its position as an energy exporter by signing a deal allowing for exploration and drilling off Syria’s Mediterranean coast. This deal meant Russia now had three major interests to defend in Syria and eventually led to a full-scale military intervention (at the request of Assad) two years later.

For one, the destabilisation of Syria and toppling of Assad could mean further radicalisation of extremists and exportation of extremist rhetoric into Chechnya. Secondly, Russia’s only major foreign military base is located in Syria at the port of Tartus. And finally, a deal which has the potential to extract and export 1.7 billion barrels and 122 trillion cubic feet of natural gas – a major prize.

For all the simplified rhetoric of a fight for human rights, democracy and against Daesh, the situation proves to be much more complicated. The importance of whistleblowers and organisations such as Wikileaks in exposing such truths cannot be understated.

– Support or donate to Wikileaks