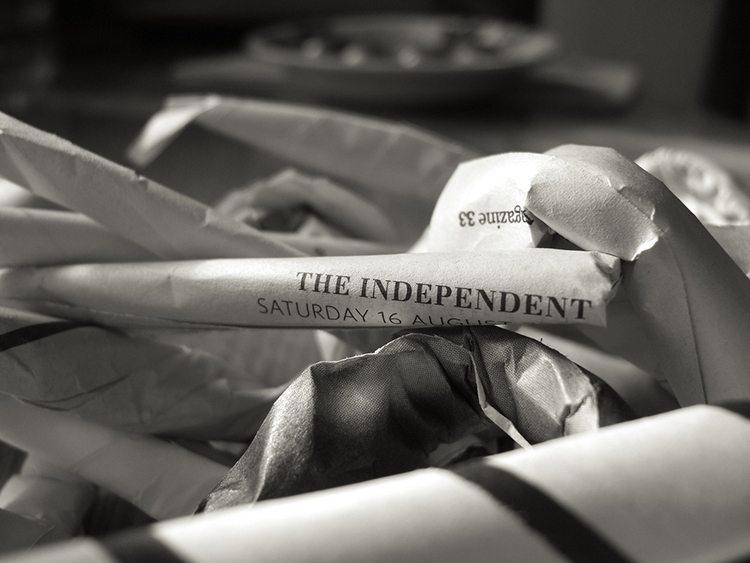 The National Union of Journalists (NUJ) has been loud-hailing journalists’ skepticism after they voiced shock and concern at this week’s overhaul at The Independent. Evgeny Lebedev, who owns the paper alongside his former billionaire businessman father Alexander, announced last week that March 2016 will see the final print run of titles The Independent and The Independent on Sunday while its sister publication the i has been sold to Johnston Press for £24m.

With all the money involved in this decision, and the wealth of both Independent Print Ltd and Johnston Press generally, journalists are rightly making a noise about facing job losses and cuts to their resources.

The Guardian published Evgeny’s letter to his staff on Friday, which informed them of the move from print to an exclusively digital existence with a positive spin, even while informing them that there would be an unspecified number of redundancies. He opened with the news that 25 new roles would be created to contribute to the digital platform, and that “a significant number” of staff would be moved to Johnston Press, presumably to work on the i paper though this was not specified. With the Independent titles having 150 full-time staff and many more on casual contracts, The Guardian estimated that there may be around “111 redundancies, although this could change.”

Alongside the looming redundancies, the staff must deal with the uncertainty of numbers and the unclear nature of the paper’s management of the changes. Some told the NUJ that they found out about the sale of the i in other papers, rather than from their employers. This unsettling devaluation of junior and lesser known staff was reflected by the company announcing that it is eager to retain its star journalists, while withholding information about which jobs are deemed expendable.

The NUJ and journalists from both the Independent titles and Johnston Press have outlined their main fears. Staff at the Independent were already concerned about the treatment and pay level of their colleagues at the digital platform, and have already been ignored on the subject – the company does not recognise the website staff as protected by the NUJ.

They also feared that the move will render the Independent simply a clickbait operation, as many of the staff already consider it to be, in stark contrast to the print edition. Staff at Johnston Press, who are already struggling under huge cuts and massive workloads, “expressed astonishment” that their employers have suddenly found £24m “down the back of the sofa.”

This particular display of the abuse of hierarchy and a lack of accountability is simply the latest illustration of years of decline in press standards. It is not only that individual papers and their staff are at risk due to being improperly run, but that the entire model of private ownership renders the press at best overloaded and precarious, and at worst toothless, distorted and/or vicious. This can be seen across the board. The Guardian recently announced it was slashing jobs and abandoning plans for an events hub for its members amongst operational losses of £50m this year.

The continual and blatant hypocrisy of the Murdoch press was perfectly illustrated by its insulting and degrading headline on 11 February, which used the story of Levi Bellfield’s revelations about his abuse of Milly Dowler while failing to acknowledge that part of the obstruction to finding her was the News of the World hacking her voicemails, leading her family and the police to believe she was still alive. 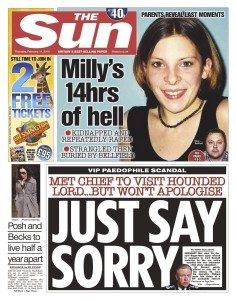 The Lebedevs are referred to as one of Russia’s more philanthropic oligarchal families and, despite having dropped from billionaire to simply millionaire status as a result of the financial crisis, have huge personal wealth, with financial (not to mention political) interests and assets that range from banking to entertainment to media. Why none of this was employed to ease the financial hardship of their business instead of creating financial hardship for their staff is a question that remains to be answered.

The Canary, and other organisations such as media co-operative The Bristol Cable and Real Media, offer a different model and are working towards changing the parameters and potential of the industry by example. But this is not enough to change the face of modern journalism and reverse the direction of its decline. At some point, the industry and the government will have to agree to work together for real change.

Watch: documentary on corruption and political economy in the media The Fourth Estate (YouTube).

Disclaimer: The Fourth Estate is a film that I produced, and I am directly involved in media co-operative The Bristol Cable.