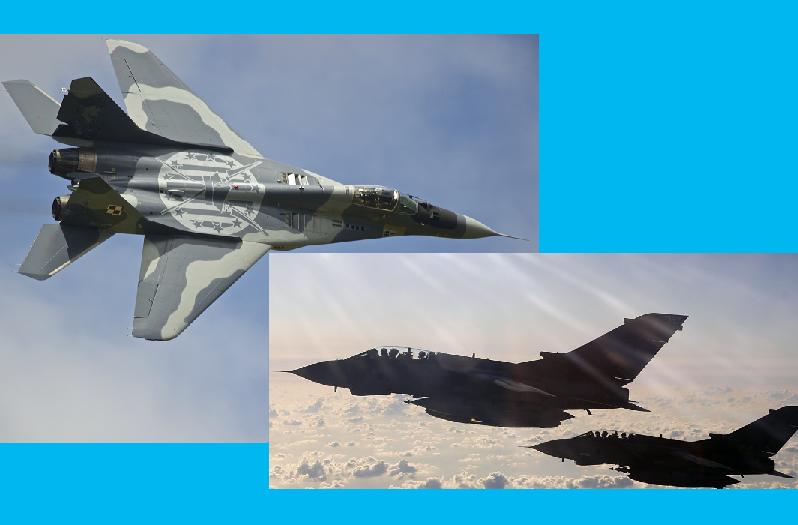 The determination of the BBC to make the British populace worry about the ‘Russian bogeyman’ shows no sign of abating. As part of this determination, on the evening of 17 February, the corporation’s website ran a complete non-story about Russian bombers flying near British airspace.

Summing up the details of the incident in question, here is what happened; –

There is no reason to assume the story is untrue, but there is absolutely nothing significant about it. This is partially admitted in the BBC’s article, where it offers a quote from the RAF:

An RAF spokesman said the situation was ‘on-going’ and was not uncommon.

This was rather underlined by a later sentence in the article:

The RAF has intercepted Russian military planes six times in the past 12 months.

Yes, this is the point. It may be worth keeping an eye on this sort of behaviour from Russia, but there is nothing remotely unusual about it. Some might argue that the frequency of this event is reason for concern, but the truth is quite the opposite. Defiant posturing has long been the norm for the Russian military. It happens all the time and nothing ever comes of it – nor will it here. The Russians are not going to open fire on the UK.

Russian military resources are already heavily committed in Syria and Crimea. Vladimir Putin cannot afford to risk a conflict with anyone else. Getting agitated is therefore needless, and would probably give the Russian Air Force precisely what it wants – a reaction.

The briefness of the BBC article – all of eight sentences – is perhaps a symptom of how slight the story’s significance is. It must have been easy for the writer to lose heart while presenting the Russians as menacing aggressors, as there was so little material with which to work.

Did the numbing unimportance of all this cause the BBC to feel shame and hide its over-excitement? Hardly. It was in fact, that evening at least, the lead story on the front page of its website.

As Andrew Brookes, of the Royal United Services Institute, told the BBC,

Russia [is] flexing its muscles. They are not trying to provoke a war. It isn’t a Cold War… they are just using these tactics to poke us in the chest.

In other words, the incursion is nothing new, and will not lead to war. There is no practical need to respond to it, and the only reason to give the incident a high profile is to stoke up anti-Russian feeling.

Old habits, it seems, die very hard. In particular, the cold war habit of vilifying the ‘Russian Bear’ is still very much alive among the mainstream media.

The BBC has a long history of reporting the deeds of ‘traditional enemies’ of the UK in a bleaker light than it reports British or American deeds. If you wish to see the BBC change its habits, here are a couple of ways you can help make it happen.

-Subscribe to the media-watching website Media Lens.
-Sign the 38degrees petition to get the BBC investigated for biased reporting.
-Or just carry on reading and supporting the Canary, as we try to present the news in a more measured light, and then you can ignore the BBC altogether.