This British arms company is cashing in on disaster, as profits rise and humanitarian crises worsen - Canary 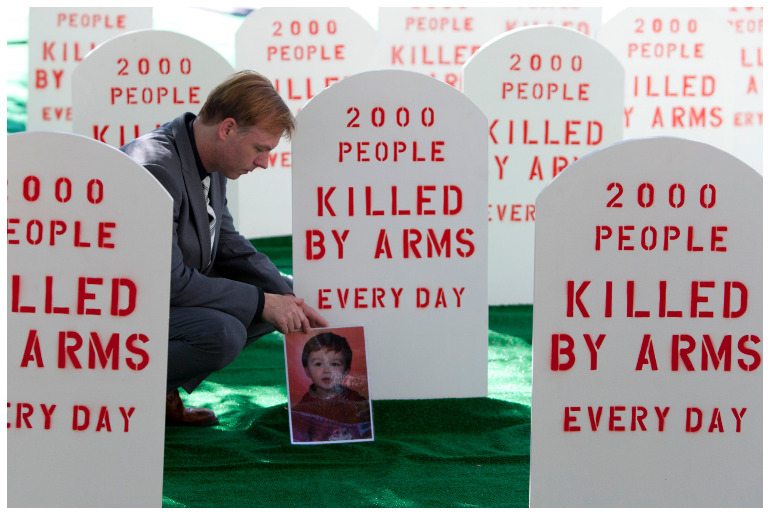 Whilst much of the Middle East and North Africa burns, BAE Systems have announced a rise in net profits by 24%. As what is arguably the largest humanitarian disaster since World War II continues, at least there are some who benefit.

Profits for arms producers had been hit by cuts to defence budgets in recent years, as Western governments implemented austerity measures. But defence spending in key markets now looks set to rise further as austerity measures are eased. This is the view of Steve Clayton, head of equity research at Hargreaves Lansdown stockbrokers. Continued conflict throughout the Middle East, Western paranoia surrounding Russian intentions, and a global rise in spending on cyber security all seem set to push profits even higher.

Profits grew as a result of a 7.8% rise in sales in 2015. This increase was aided largely by equipment sales to the Eurofighter Typhoon project and continued delivery of jets to Saudi Arabia. As the recipient of more British weapons than any other nation, Saudi Arabia continues to be issued with export licences. This is in spite of the House of al-Saud’s abysmal human rights record, and continued indiscriminate bombing campaign in Yemen.

Despite profit growth, however, BAE cannot rely solely on conventional weapons sales. This is due to the evolving nature of security and warfare. As cyber threats grow and the issue of cyber-security becomes more pressing for both government and commercial interests, Clayton explains that BAE are already looking toward the future:

Defence companies will never be redundant… but we may be at an inflection point, where their traditional weapon platforms, tanks, jets, subs and missiles, are less important than data processing and surveillance capabilities…

Cyber security, both national and commercial, is an area BAE is keen to grow…

In addition, BAE looks set to benefit should Britain decide to replace the Trident system. The company is currently working on plans to modernise the submarine-based nuclear deterrent system.

Join CAAT – the campaign against the arms trade