Theresa May links rise in extremism to mass migration, but Tory policy encourages both - The Canary 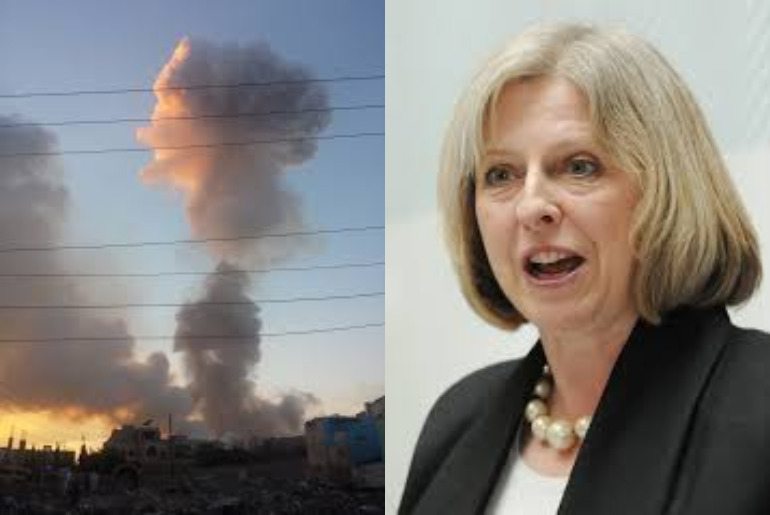 Speaking in Washington, Theresa May has once again demonstrated the hypocrisy of the Tory government. In an address to senior figures of the Five Eyes security alliance, May equated the rise in mass migration to the spread of extremism. This from a government who continues to fuel both extremism and mass migration through its support for military action, particularly in Yemen.

May told the group:

Extremism is spreading, threatening and taking lives, not just in our countries but in other lands. It is contributing to, and in some cases exploiting, mass migration.

That extremism is spreading is not in dispute, nor is the fact that extremist recruiters target vulnerable groups, including migrants. But to make a connection between mass migration and life-threatening violence in “our” countries is dubious. Looking into the details of recent extremist attacks in Five Eyes member states demonstrates this point.

The most recent attacks in Britain were carried out by British citizens. The 2014 attack on the Canadian Parliament building was carried out by a Canadian citizen, Zehaf-Bibeau. The Sydney hostage crisis of 2015 was carried out by Man Haron Monis. Although Monis was Iranian-born, he had lived in Australia since 1996, and had gained citizenship long before the mass migration of today began. And, out of all Islamic-inspired terror attacks in the US since 9/11, just three of the 13 perpetrators were born outside the US. This is not to mention massacres committed by extremists of another hue. New Zealand, thankfully, is yet to witness any major incidents of modern-day extremism.

Even if we look closer to home, and into more recent history, the same pattern is true. The most recent Paris attackers, many of whom had dual-passports, were all EU citizens. Similarly, in the case of the New Year assaults in Cologne, just three of the 58 men arrested were recent migrants.

Also, whilst May is quick to link extremism to mass migration, she remains a prominent member of a government encouraging both. In Yemen, Saudi Arabia wages a legally-ambiguous war with the full support of the British government and military advisers. Not only is this a war in support of a state well-known to export extremist-Islamic Wahhabism, but it is creating yet another humanitarian disaster encouraging yet more mass migration.

According to Stephen O’Brien, the UN Under-Secretary-General for Humanitarian Affairs:

Some 2.7 million people have had to flee their homes. At least 7.6 million people are severely food insecure. Some two million acutely malnourished children and pregnant or lactating women need urgent treatment

Maybe, instead of encouraging fear over mass migration and extremism with her words, May could encourage the rest of her cabinet to take some sensible actions to reverse the situation by opposing war in Yemen.

Check out the Support Yemen campaign.