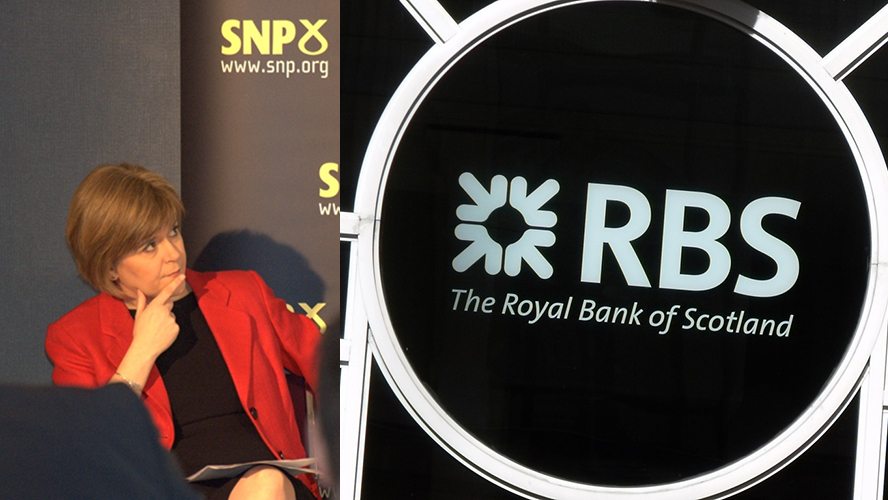 A victim of bank fraud perpetrated by the Royal Bank of Scotland (RBS) has written an open letter to Scottish First Minister Nicola Sturgeon. He reached out to the left-wing leader for assistance after being told by police that his case was a “waste of police resources.”

Nigel Henderson is thought to be one of the first small business owners to fall victim to a particular type of predatory lending by RBS in 1997. RBS mis-sold the ‘government protected’ Enterprise Finance Guarantee scheme by making business owners believe that they were only liable for 25% of the loan. However, they failed to inform borrowers that it was RBS who were protected by the government if they could not repay, and thus, the bank ended up reaping government money from those businesses who defaulted when they could not pay more than 25%. As a result of taking his loan from RBS, Henderson’s company went bust.

The bank’s history of fraudulent behaviour is extensive: in one instance RBS were fined £399m for rigging the foreign exchange market and insider trading, amongst other things. Furthermore, earlier this year it was reported that they are facing a fine of £5bn for its role in the American subprime mortgage crisis that triggered the 2008 financial crash.

RBS, who are notorious for receiving the biggest government bailout in history (£45bn of public money) in 2008, have been perpetrating fraud such as this both before and after their pivotal role in the global financial collapse. Despite the bank’s track record, and the supposed vigilance by those tasked with protecting the public from another crisis, authorities at several levels have been dismissing claims made not only by Henderson, but other victims too.

The legitimacy of such claims has been demonstrated and verified in The Tomlinson Report, a 2013 publication by the government’s own Entrepreneur in Residence, Lawrence Tomlinson, into the relationship between banks and business. In the accompanying press release, Tomlinson states that RBS exhibits “very concerning patterns of behaviour leading to the destruction of good and viable UK businesses” which include “engineering a business into default”. He further notes that the bank’s strategy to “get hold of assets and take additional profit from these businesses to boost [the division’s] balance sheet is clear.“

Tomlinson calls for “further investigation into this behaviour by the appropriate authorities and immediate action”. Yet, the victims of these crimes are being actively dismissed when seeking this action.

Considering Sturgeon’s strength of performance in the election, one hopes that she will be instrumental in helping bring about justice. In the open letter, Henderson acknowledges the First Minster’s statement that it would be “inappropriate to intervene in independent police and prosecutor’s enquiries”, but urges her to act now that it is clear that “a section of society appears to have been granted immunity from prosecution for crimes it has committed and continues to commit.”

Considering that it’s not new for the public to be at the mercy of the financial sector, and that tangible, decisive action by leadership over economic bullying is long overdue, hopefully Nicola Sturgeon will see fit to help resolve this particular injustice once and for all.

Write to your MP about reforming the banking sector.

Support The Canary so we can support you.