The UK is crying out for its MPs to change, this shows them at their worst (VIDEO) - Canary Workers’ Co-op 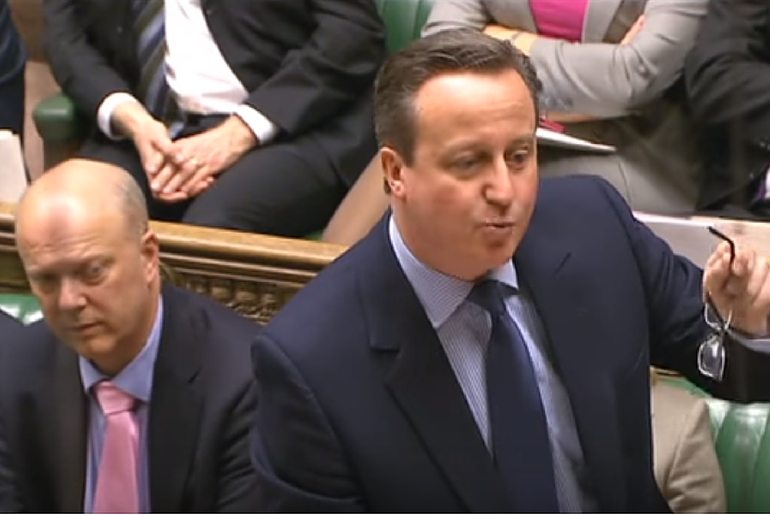 This video shows our politicians at their very worst, laughing over the issues of the bedroom tax and the housing crisis, jeering and shouting over the issue of floods in the UK, and clapping over bombing Syria. The UK deserves better than that.

Typically, the laughs, jeers, chuntering and shouts come from the government benches. Although, it must be noted that the opposition benches aren’t always well behaved. Yet, Jeremy Corbyn always responds with dignity, he is trying very hard to reshape British politics and instill a sense of compassion and integrity in the House of Commons. But, as the video shows, it is no easy thing to achieve. Even the Prime Minister has resorted to attacking Corbyn for his sense of style, rather than his policies.

The ‘bedroom tax’ is a term used to describe a cut in housing benefit for council house tenants who are judged to possess a spare room in their home. But due to the lack of social housing available, many people have no home to move into and the consequence of this is that they lose vital income. It has had a disproportionate impact on disabled people who may require a spare room for medical equipment or have specially adapted homes. This policy was designed by the Department for Work & Pensions (DWP), under the remit of Iain Duncan Smith, who can be seen chatting and laughing in a debate on the bedroom tax.

Also shown in the video, was Prime Minister’s Questions (PMQs). Corbyn asked the Prime Minister, David Cameron, about cuts to flood defences in the UK. This was after 16,000 homes had been destroyed by floods, and a number of fatalities had occurred. But MPs on the government benches were shouting, jeering and laughing forcing Corbyn to tell those MPs that “it wasn’t very funny” for those affected.

Unfortunately, the lack of respect for ordinary people from some MPs is a recurring theme. When Corbyn asked the Prime Minister a question on the housing crisis, he once again had to warn the government benches that it was no laughing matter, as many laughed and berated Corbyn.

But the most disgusting clip is the one of our MPs clapping, with one or two MPs shouting “more”, after Hilary Benn had made his case for bombing ISIS in Syria.

Wherever you stand on the issue of military intervention in Syria, it is undeniable that innocent lives will be lost. In a country where hundreds of thousands had lost their lives, and even more are fleeing persecution, it was certainly no issue to clap, shout or get excited over. It may be argued that Benn’s speech was impressive, but it was a call to bomb a country. It was an emotive speech but the reaction should shame every single MP. It reflected a group of people so far from reality and so distant from the suffering of other human beings.

Of course, it is not beyond the realms of possibility that something may be funny in the Commons, or even inspiring, but the reaction must be appropriate. If the issue of housing, or floods, or the EU, or dropping bombs on a war-torn country does not stop our representatives from acting like they’re on a night out at a comedy club, then there is little hope that they will take anything seriously.

Not all of our MPs act like this, at times they may be a vocal minority, but it simply has to change if we are to improve our democracy.

The last four general elections have seen a voter turnout average of 63%. Which means a massive 37% on average don’t vote. It is no wonder people are not interested in voting when many MPs act like they don’t share the concerns of ordinary people. If we are to engage with people who have become apathetic, our politicians must start changing their attitudes and behavior. Fast.

These politicians represent the British people and by laughing, chatting and shouting over serious issues, they make a mockery of the UK. We deserve better than this.

Write to your MP to express your concerns

Support The Canary so we can keep holding our politicians to account.