This ice cream seller is standing for mayor, and feeling the heat - The Canary 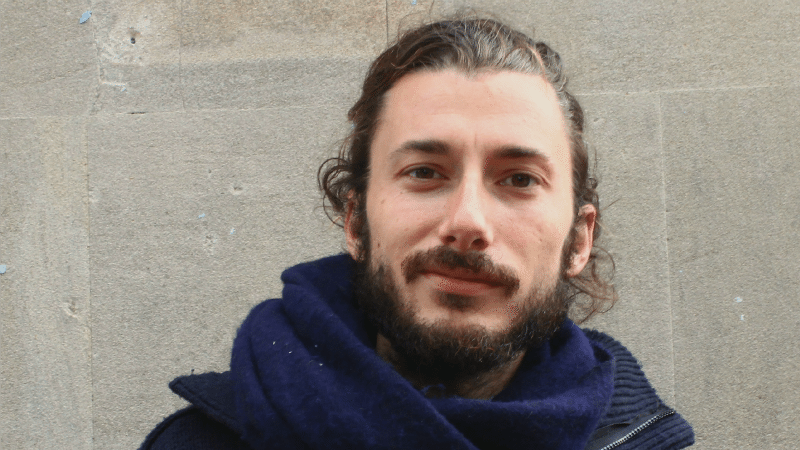 As the British public rise bit by bit out of a politics-induced depression and voter apathy, more and more people are calling for an end to the century-long Labour/Conservative two horse race. In the last election cycle, we’ve seen the Green Party make significant moves toward viability, the Liberal Democrats’ astronomical rise and squeaky deflation, and even a return of far-right fascism.

The Canary spoke to Paul Saville, 30, who is standing in the Bristol mayoral elections this year, about his experience of being an unfunded, independent candidate – and whether he has any advice for others who wish to do the same.

A tiny injection of diversification into the British political landscape has convinced some would-be politicians that pluralism in our democracy is not dead, and we are seeing more independent candidates standing for election in both national and local politics. But is it as simple as just putting yourself forward? What is it like to stand for election as an establishment outlier in this country?

Saville decided to stand after being impressed by the rapid rise of Jeremy Corbyn from relative obscurity to Labour leadership last year. He met Jeremy in 2004 and for a long time before that felt that no one in the ‘political arena’ was speaking about his political stance or personal experiences. When George Ferguson became Bristol’s first elected mayor in 2012, Saville claims he became quickly dissatisfied by a lack of transparency and attention paid to issues such as housing and homelessness by the mayor, and his administration at Bristol City Council. So Saville decided to cut out the middle man and stand for mayor himself.

When asked about his political beliefs he replies:

I consider myself an anarchist – I believe that, at most, we need an administration. I believe in self-organisation and co-operative decision making. Away from the labels, I much prefer to call myself a human being who believes in radical change for society, and who just wants to help people.

Saville came to Bristol to study sociology and criminology at the University of the West of England (UWE), and is now self-employed. He sells tea in the winter and ice-cream in the summer, vending from a small cart he bought and renovated. He manages to subsist but has little to no disposable income.

He explains: “it cost me £500 for the deposit just to get on the ballot paper. If you don’t receive 5% of the vote, you lose your deposit”. Saville managed to crowdfund the deposit via the website GoFundMe in just over a month and with 41 contributors.

To be included in the candidate booklet that goes out to 192,000 homes across the city, however, he will have to pay another £500. He is still deciding how to raise this money. After that, another obstacle was the media coverage, and how difficult it can be to gain visibility as an independent candidate.

So far there have been three political hustings, none of which I’ve been invited to. It’s frustrating and unfair, and gives the party candidates an advantage. Hustings organisers do not have to invite all the candidates – it’s at their discretion.

Saville lamented how pervasive the ‘two-horse race’ idea becomes once the media have weighed in.

It becomes factual in people’s perceptions. Maybe it is a two horse race, and to be honest, it probably is – based on the fact that you either have to have lots of money to be successful in the election, or be part of a political party. With that comes resources, a whole team to assist you, and money too of course.

Saville is well known to the political establishment in Bristol – he has long been a vocal critic of George Ferguson and was once physically removed from meetings for heckling him. Saville has claimed that he was assaulted. The two candidates also clashed at a meeting in the ‘Bear Pit‘, during which Saville recorded a video in which George Ferguson loses his temper and swears at him.

Saville speaks about the need to reform the council as well as the mayoral election – unelected Bristol ‘city director’ Nicola Yates receives an annual salary of £193,672, and those directly beneath her will also receive well over six figures. Saville says that, given the chance, he would push for reforms at all levels of public office in a “system overhaul”.

Asked what advice he would give those who are thinking of standing for public office, he said:

For me the REAL win is in the process, in making sure that housing and homelessness, transport, issues around transparency and democracy for example, are issues on the table; to demand better and to remind the council that they work for us. Although some people will try to shut us up, no one really stands in our way. We have to make sure that we are heard.

It’s empowering to hear that though it’s difficult, someone who has gone through the process would still recommend doing so. For those of us who have thought we could do a more just and measured job of governing, with more conviction than those currently in power, perhaps now it’s time to think seriously about it.

Find out who the Bristol mayoral candidates are.

Write to your MP about election reform.