The Chief Inspector of Education walks into a bar, and really wishes he hadn't (VIDEO) - Canary 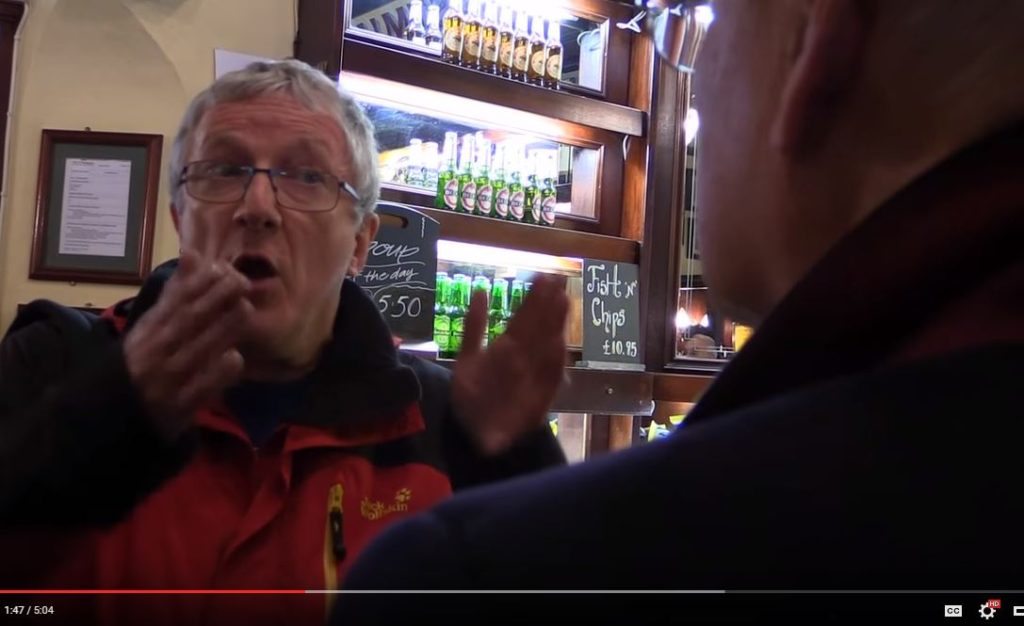 Sir Michael Wilshaw, the Chief Inspector of Schools in England and head of Ofsted, walked into a bar on Wednesday afternoon, and was met by a group of angry sixth form teachers who happened to be on strike.

A clip from video activist collective Reel News has surfaced, of a pointed showdown between them.

Muller gives examples of times he’s been compromised at work, and engages the Chief Inspector about the ongoing frustration teachers are currently facing. He argues that government policy has long driven through changes that are “bad for working class children” and, with Ofsted on side, forced teachers to enact them.

The conversation peaks when Muller relays an anecdote from his teaching career: he was told by his Head of Department to give students taking Year 6 SATs exams low marks, so that in contrast their later results would “show progress”. A man alongside him chips in to tell the Chief Inspector:

What you’ve got to understand is there’s a difference between exam results being better and education being better.

Wilshaw hastily defends Ofsted, arguing that they do not create policy. He goes on to defend his personal record, making a blanket statement that, having worked in inner city schools in the 70s and 80s, no one can tell him that standards in schools were high twenty years ago, and they are now “more accountable” and “a lot better”.

He points out that he has challenged the government on their proposal in the 2016 budget to turn all state schools into academies, which has got him “in a lot of trouble”. He recognises that there are under-performing schools of all kinds, and states that he’s been “even-handed” in his approach to them.

But Ofsted is “the mailed fist of government education policy” according to Muller, and he continues his challenge. The two men don’t get to have much more of a conversation about education, as Muller’s bombardment leads Wilshaw only to feverishly defend himself and his record, before giving up on the conversation altogether and retreating from the pub.

Wilshaw has been highly commended for his work as a teacher, particularly at the high-achieving Mossbourne Academy in Hackney. But it is a shame to see his top-down approach, defending his department’s refusal to take an official stand against government policy, and his refusal to listen to the realities of the striking teachers’ experiences.

Since the depressing revelations in the budget, it doesn’t look like there is a chance of communication between teachers and the government improving anytime soon.

Teachers will be holding a demonstration next Wednesday 23 March to oppose the academy proposal, at 5pm marching from Westminster Cathedral to the Department for Education.

Write to your MP about the education policies you want to see.