The government just made more than 15,000 Britons unemployed with this single terrible decision - The Canary 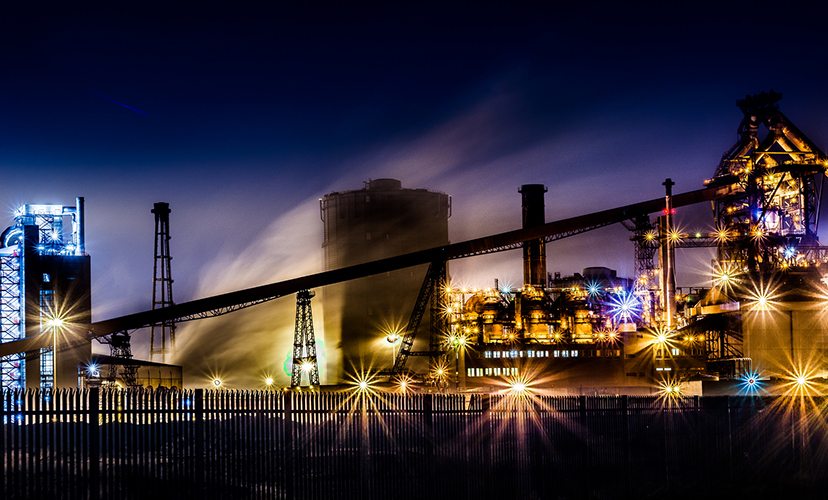 As the global steel industry is expected to return to growth this year, the UK steel industry stands in tatters, with more than 15,000 British jobs on the line, due to a catastrophic error of judgement by the government.

The Indian company Tata Steel has announced it will be selling its UK company in its entirety. This is a huge blow to a massive British industry, which comes after five years of repeated redundancies by the company – most of which have hit the UK’s biggest steelworks at Port Talbot. The Welsh site has been making a loss of £1 million per day.

The government response has been to reassure the workers and the wider public that they are managing the situation, to avoid the disaster of the 15,000 jobs that remain at Tata being lost at once. Meanwhile, both Tata Steel and opposition parties have accused the Conservative government of “abject failure” to save the industry.

When asked by the BBC’s Today Programme whether the government would be willing to renationalise the steel industry, Business Minister Anna Soubry assured the broadcaster that:

We are, and have, and continue to look at, all options and I do mean all options.

However, a closer look at the crisis reveals a government with no plan.

This crisis has been a long time coming; Tata bought Corus – formerly British Steel – in 2007, just before the global financial crash. It began making redundancies in 2011, which were at that point already described as a “devastating blow” for the communities facing mass job losses. Another 900 were axed in 2012, then 720 jobs in the summer of 2015, a further 1,200 in October 2015 and most recently 1000 in January of this year. None of these redundancies saved the business.

Rather than a bloated workforce, many place the cause of the problem in the lap of China, who have been accused of “dumping” cheap steel in Europe. When other EU members proposed legislation to raise tariffs on Chinese imports, making it easier for the British industry to compete, our own government blocked it. Business Secretary Sajid Javid defended the move, claiming that such a move would amount to a “lurch toward protectionism”.

The EU tariff currently stands at 9%, whereas the US has a 236% tariff on some product imports to protect its industry. US steel is not in decline.

Once again, the contradictory free-market ideology of the Conservative government has failed to assist British business or people, in the name of an abstract ‘fairness’. Labour MP Stephen Kinnock, who represents the constituency of the Port Talbot plant, said that Chancellor George Osborne had effectively been “rolling out the red carpet for Beijing” by favouring its trade prospects over our own. After meeting with Tata in Mumbai, Kinnock has defended the company in their criticism of the UK government, agreeing that the Conservatives haven’t done enough to support the industry.

Arguments to defend the government’s reluctance to act, to salvage a failing industry at government expense, fall apart very quickly when one remembers the speed at which they bailed out our failed financial sector. In 2008, the government announced a £500bn rescue package for the UK economy, including a £37bn investment in the banks themselves. At the time this was widely praised in the media and by officials as saving us from further turmoil and ‘leading the way for Europe’. It was also criticised by those who felt that the focus of the protection was mistakenly on the bloated financial sector itself, rather than society.

The bailout amounted to a part-nationalisation of the banking sector which should have allowed the government and taxpayer to, eventually, benefit financially from its investment. The assumption was that the aspects of the industry that caused it to fail, predatory lending and risky investments, would be acted upon and reformed by the government. They weren’t, and the economic system continues to flounder, as we can see by the effects on industries such as steel.

In the first few months of this year already, we have heard warning from the former governor of the Bank of England that another failure of the banking sector is around the corner. We’ve also lost more than £1bn due to the sell-off of the government’s stake in the banks at bargain prices for short term profit, by Chancellor George Osborne.

After all the redundancies made by Tata in failed attempts to save their UK firm, whether the direction of the sale will ultimately save any more jobs is up in the air. Ideally, the solution will favour the workers and communities who rely on the industry for their livelihoods, rather than corporate interests or government ideology.

Opposition leader Jeremy Corbyn has returned from a holiday in Devon to respond to the crisis. He has penned a letter to David Cameron and suggested that Parliament hold an emergency session in response, saying:

The news that Tata is preparing to pull out of steel-making in Britain puts thousands of jobs across the country and a strategic UK-wide industry at risk. MPs must have the chance now to debate the future of steel and hold ministers to account for their failure to intervene.

MP Stephen Kinnock claims that this is “the biggest decision to affect the British economy since Gordon Brown bailed out the banks”. He warns that “we are potentially looking down the barrel at 40,000 jobs” if a working deal is not struck, presumably taking into account all the other industries that rely on British steel to function. The government has suggested that it is considering temporary government support, but that nationalisation of the industry is ‘off the table‘.

Actor and activist Michael Sheen, who grew up in Port Talbot, has written in the Guardian urging the government to ‘produce action’ that reflects the ‘determination’ they speak of. He foregrounds the bailout of the banks as a comparison, and notes that a careful decision would “honour their contribution” to the country.

This combined pressure may force the Conservative government to renationalise the steel industry, saving jobs and an important contribution to the UK economy, whether it likes it or not.

Scrap it and start again

This is why the government’s neoliberal ideology is so widely criticised, and widely devastating. It produces crises from a refusal to regulate, and then is forced to intervene at huge expense. It’s supposed commitment to ‘helping’ working people and ‘allowing’ business to thrive by rolling back the support of the state – which privatisation is, in truth, heavily dependent upon – has been proven false time and again. It’s time to work from a different position, one of support, accountability and equality.

Write to your MP about the mass privatisation of industry.

Find out more about the campaign to renationalise the steel industry here.

Support The Canary in creating fresh, fearless and free journalism.