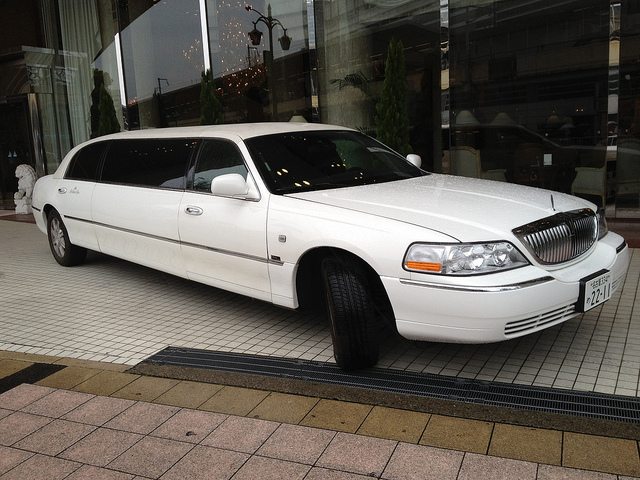 In the last five years, government documents have been chauffer-driven around London in limousines, by themselves, to the tune of £350,000.

This staggering figure was revealed by a Freedom of Information request by Huffington Post UK. They were investigating whether the promise of a crackdown on government inefficiency made by then Tory MP Francis Maude in 2011 had really taken effect. Maude was, at the time, the minister in charge of civil service reform in a government embarking on a huge austerity programme of spending cuts that would hit the public hard.

In 2010, the coalition government had taken office also promising to impose austerity measures that cut down on their own inefficiency. Shortly afterward, Michael Gove’s wife Sarah Vine revealed the extent of the absurdity of “despatch box movements” in her Telegraph column.

[The Red Box] arrives unannounced at all hours in a chauffeur-driven car, the engine purring deferentially as her handler walks her to the front door..she deposits herself on the sofa to await her master.

My husband is free to travel home by Tube, taxi, bicycle or carrier pigeon, but the RB must arrive in air-conditioned splendour, snug and secure in the back of a locked car.

The official justification for such a wasteful practice is that government documents contain sensitive information requiring the utmost secrecy and security. While this is no doubt a significant consideration for some documents, when discussing his intention to crack down on government inefficiency Maude himself admitted:

Security is often an alibi […] Of course we have got to have security but we often massively overestimate (the problems).

Also revealing that the security issues perhaps wasn’t as urgent as might be argued, Sarah Vine said:

Government sources said that ministers were able to carry their red boxes on public transport. The only stipulation is that confidential papers should not be read in public.

So why can’t documents be transported by bike, by hand, by taxi, or by email, rather than by an air-conditioned limousine in London traffic at £125 per journey?

Shadow Deputy PM Tom Watson claimed this to be yet another indication of how out of touch the Conservative government is, especially for one who “boasts loudly and regularly about cutting waste and reducing red tape”.

In 2011, Maude was encouraging government workers to use smartphones rather than paper to organise and share work after an encounter with Estonia’s government impressed him. On a trip to the cabinet of the Estonian government, he found ministers all using screens rather than notes. Of his smartphone, he said:

All my work emails are on this. This is my red box.

While no data is given, despite requests, for the year 2011/12, government documents reveal that ‘despatch box movements’ actually increased from 527 in 2012/13 to 577 the following year, and then a final massive jump to 826 in 2014/15. So either little appears to have been done about this particular waste of government resources, or what has been done has not been successful.

In an age of encryption – which the government can certainly employ if they want to, although they’re not happy about us having it – there’s no reason why the majority of documents couldn’t be sent via email. Other options such as bike messengers might be an idea if the government is truly serious about saving money, saving energy, and minimising its contribution to pollution and waste.

Or, ministers could just take their red boxes on the Tube, as long as they can resist the impulse to read the documents out loud to their carriage.

Write to your MP about government waste (by email).