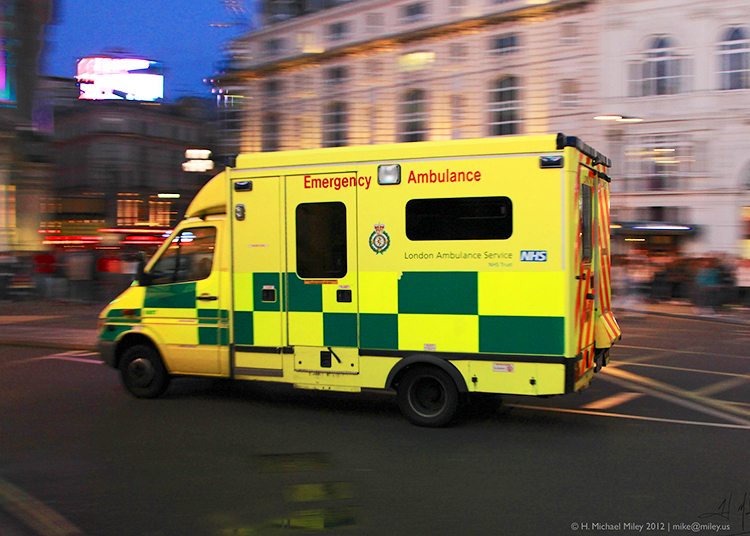 Ambulance staff are about to vote on whether or not to join junior doctors on the picket lines.

A further withdrawal of emergency care by NHS staff might on one level seem like an unacceptable escalation of what is already a trying time for the public. But this move by yet more stretched NHS workers is not only a display of solidarity, it’s also a demonstration of workers’ duty and commitment to their jobs – and their patients.

In January 2015, Jeremy Hunt made several promises that ended strike action by paramedics and emergency medical technicians. Promises that were either subsequently broken, or now remain in indefinite discussion with no action taken.

Drawing parallels with the flight of junior doctors to overseas jobs with superior working conditions, public service union Unison has described an “exodus” of ambulance staff from the UK.

Hunt and his supporters are accusing junior doctors of “putting patients lives at risk”, so what particular ‘mudslinging‘ will be aimed at these more immediate emergency NHS staff if they choose to strike is anyone’s guess. The anger in this media narrative is of course derived from the fear of the NHS ceasing to function. Bluntly, of an increase in complications, chaos, and deaths.

But the demonstration of the necessity of emergency and wider medical services is the function of strike action. This exact process of disruption is what strike action is aiming for. Without it, we walk into far longer, indefinite complications, chaos and deaths, behind someone called Jeremy Hunt (or Andrew Lansley, or Patricia Hewitt). And notably, none of these Health Secretaries have ever worked in a hospital, let alone on no sleep and without eating, with longer hours, and real-terms pay cuts imposed upon them while the person imposing them just got given their own pay rise.

The promises made, and broken, to ambulance staff are as follows.

Unison is holding it’s annual health conference over the same period as the 48-hour walk out. The three unions that represent ambulance workers – Unison, Unite and the GMB – will consult ambulance staff at this juncture on how they want to proceed in light of the junior doctors’ historic action. This fresh momentum is notable in itself, in that the strength of determination of junior doctors has clearly inspired other workers to act.

Striking does not simply grind the cogs in a machine to a halt, it highlights that the cogs in the machine have already stopped turning. It’s a demand for some oil to make the cogs function. By fixing the funding and working hours issues – because this, not simply more money, is the doctors’ complaint – in the NHS now, Hunt could stop the entire service from imploding. This is a crucial plea for further negotiation when so many of its departments are strapped not only for overall staff but for well-slept staff with a work-life balance.

Hunt’s declaration that a ‘dangerous precedent’ is being set if the government ‘gives in to the unions’ is a misrepresentation. Unions are a collective of people who want quality of life – and junior doctors are not motivated by an unwillingness to treat patients, but a demand for continued negotiations to secure that.

It is the government who have vice-gripped the situation with a refusal to discuss and compromise, creating a deadlocked NHS. Not doctors, who have spent roughly a fifth of their lives knuckling down in order to treat patients, only to find they can’t do so safely or without a significant impact on their own health.

This is about ideology. A neoliberal ideology that says that the redistribution of wealth can only work if it benefits people who are already rich, and that workers who demand restructuring of their hours and pay are selfish and anti-progress.

Striking NHS staff, including junior doctors and potentially ambulance workers, and those who are covering them all deserve our support. It is by striking that they fight for the future of the NHS and our safety.