As the media continues to obsess about Labour, this is what is happening in Israel - Canary 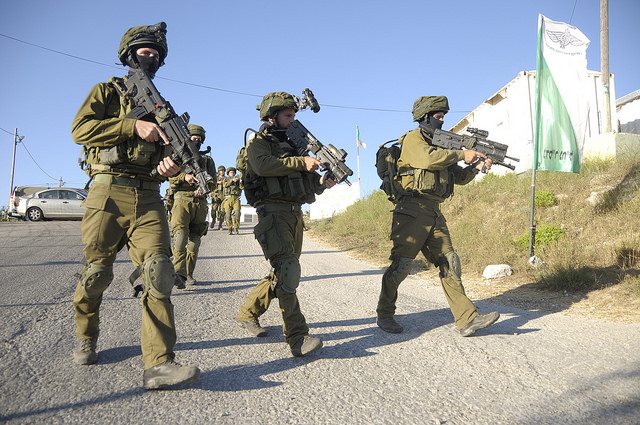 In the midst of a ‘crises’ over claims of anti-semitism in the UK Labour party, the Israeli government faces a fresh round of inquiries into the torture of Palestinians in East Jerusalem, the West Bank and the Gaza Strip.

While giving a huge amount of coverage to ill-considered comments made by Naz Shah and Ken Livingstone, the UK media has given scant attention to the ongoing violence and oppression in the Holy Land of Israel and Palestine (HLIP).

The obsession with matters of historical record, poorly thought out Facebook posts, and the exact definition of anti-Semitism has completely obscured the reality of a long-standing humanitarian crisis that requires solutions.

On Tuesday and Wednesday, the UN Committee Against Torture will investigate claims of violations of the UN Convention against Torture, a treaty which both the Israeli government and the Palestinian Authority have signed. Reports have been submitted by 13 international human rights groups including Amnesty International.

In 2009 Israel was last investigated for compliance with the convention, the concluding remarks (p5) of the UN  report stated:

The Committee is concerned that there are numerous, ongoing and consistent allegations of the use of methods by Israeli security officials that were prohibited by the September 1999 ruling of the Israeli Supreme Court, and that are alleged to take place before, during and after interrogations.

That Supreme Court ruling was a ban on torture, at the time greatly celebrated by human rights groups.

But to this day torture practices continue and themselves are just the tip of the iceberg. Given reports from observers in Palestine it is unlikely that the inquiry into human rights abuses will be better in 2016 than in 2009.

The injustices foisted on Palestinians range from the horrific to the absurd. A Palestinian cartographer regularly documents crimes committed in Hebron by settlers and Israeli Defence Forces, which include extra-judicial executions, destroying crops and trees, and 123 cases of forcing civilians to undress.  A cruel ban on cement imports has prevented families from rebuilding their homes after the attacks of 2014.

Accusations of anti-Semitism should never be used as cover for these atrocities, which at their core are based on racist and nationalistic ideologies about the place of Arabs and Palestinians in the HLIP.

At the heart of the anti-Semitism maelstrom engulfing the Labour party, with the enthusiastic participation of the mainstream media, is the fact that Jeremy Corbyn has always taken a strong and principled stance on the rights of Palestinians. It didn’t take long for accusations of anti-Semitism to emerge against him, and when they failed to stick supporters and allies were targeted instead.

In a speech to Friends of Palestine after becoming leader he made two promises. One was that Britain would join 136 other countries (70% of the UN) in recognising Palestine as a sovereign state. Another was that he would change official UK policy towards Israeli settlement in the West Bank, recognising them as illegal under international law.

But in practical terms, the State of Israel is going nowhere, and neither is Palestine. Both are in the HLIP to stay. While recognition of Palestinian statehood is a step forward it is only the first in a long process of peace and reconciliation.

The State of Israel should not be universally condemned, it has a strong record on rights for LGBT people, and, though discriminated against, Arabs are represented in the Knesset (Israeli Parliament). By all accounts it is a wonderful place to live – for some. It could be a wonderful place for all, but this will only happen with strong and unified pressure from all countries, co-operation from Palestinians, and fearless activism from Jews within the State of Israel and without.