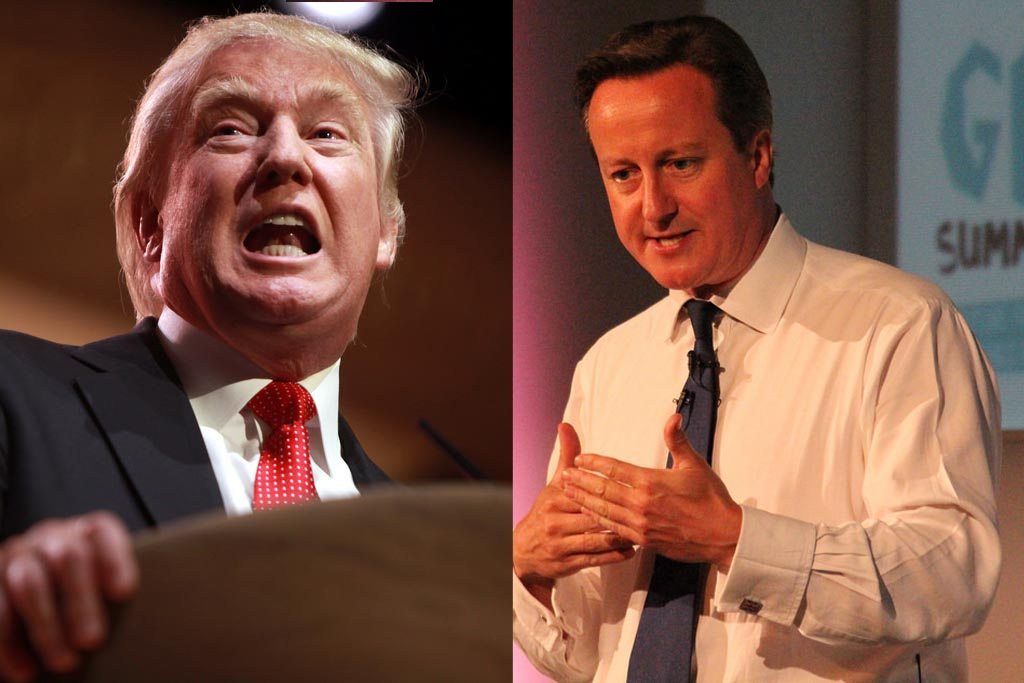 David Cameron has back-pedalled on his previous anti-Trump stance by saying that the Republican party’s presidential candidate “deserves our respect”.

This isn’t the first time that Cameron has bowed down to a racist, misogynist despot.

Knowing the gruelling nature of primaries and what you have to go through, anyone who makes it through that extraordinary contest to lead their party into a general election certainly deserves our respect.

It’s almost as if now that Trump is likely to take the Republican nomination, and thus has a slim chance of becoming President of the United States, suddenly Cameron feels obliged to act subservient.

Haven’t we been here before?

But does this man really deserve our respect?

Here is a man who repeatedly portrays himself as a self-made businessman, but actually inherited many millions of dollars and received extensive financial help from his father. Perhaps Cameron, as someone else born into money and privilege (including the £300,000 inherited from his tax-dodging dad), feels something of a kinship.

This video reminds us of the chilling fact that the President of the United States has final authority on the launch of nuclear weapons.

Trump has a history of silencing his critics using litigation and has admitted that he sues people just to make their lives miserable. His ex-wife Ivana Trump, for example, is subject to a gagging order that prevents her from talking about their marriage without his permission. But even this doesn’t stop suggestions that he raped his wife during their divorce proceedings from continuing to resurface.

To tell people we should respect this man is an insult. Instead of repeatedly bowing down to the biggest bullies in the playground, like David Cameron and Tony Blair before him have, we need someone who isn’t scared to resist US domination.

On 5 May, from 7am to 10pm, are the biggest elections outside of the general election in the UK, including: