The sorry facts which show the BBC has moved beyond bias, into pure propaganda - Canary 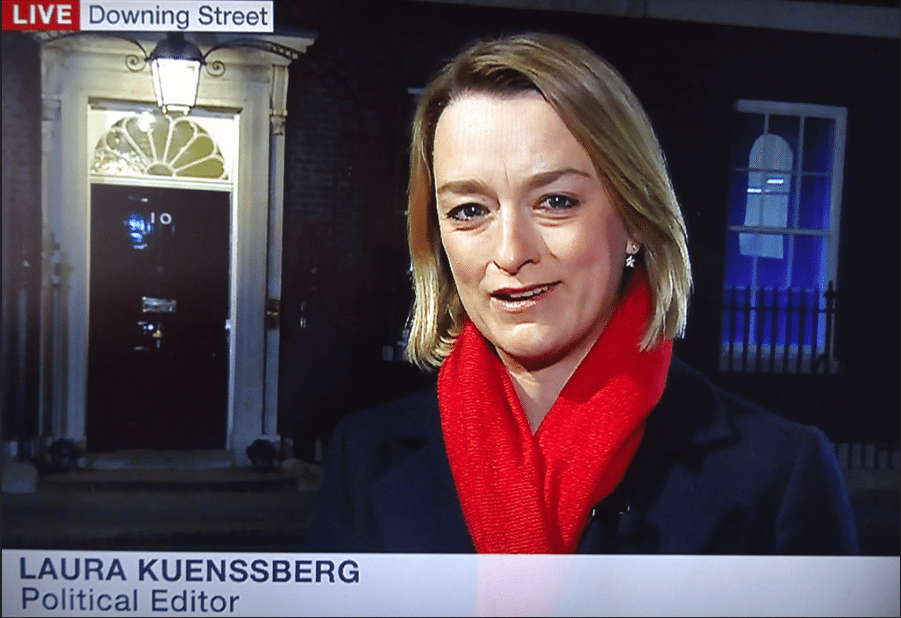 The BBC and its political editor Laura Kuenssberg are under fire this week, following local election coverage which has been dismissed as nothing short of propaganda by people across the country. But how did we get here?

Who runs the BBC?

The current abysmal state of BBC News and Politics makes much more sense when you see who has been appointed to plot its editorial course.

The BBC Trust is responsible for granting licenses to all BBC outlets and stations, managing value for money on licence fee payments and ‘the direction of BBC editorial and creative output’. The Trust consists of 12 Trustees and is headed by Rona Fairhead – who also happens to have been a longtime board member of HSBC bank.

As The Canary’s James Wright reported earlier this year:

Fairhead has entrenched ties to the Tory government. In fact, she and Osborne are old friends. Fairhead worked for the Conservative government as a cabinet office member, until being appointed by the previous Conservative culture secretary – Sajid Javid – as the new head of the BBC Trust. She is still business ambassador for David Cameron.

Fairhead has also sat on the board of HSBC directors for a long time. And what is even more shocking than her other Conservative links are claims that she was actually appointed chairwoman of the BBC Trust to keep a lid on Cameron’s involvement in covering up a £1bn fraudulent HSBC scam on British shoppers. Whistle-blower Nicholas Wilson made various freedom of information requests that confirmed that Fairhead’s appointment did not follow proper procedure. She was rushed to the position after the application date closed, with no mention of her on any contemporary media shortlist.

Her appointment does not coincide with the normal process, and many questioned why a business tycoon was right for the job. What it did coincide with was a string of interconnected visits from the BBC, HSBC, the Houses of Parliament and the Financial Conduct Authority (FCA) to Wilson’s website where he details the scam and the FCA and Cameron’s involvement in covering it up.

But the conflicts of interest do not stop at Fairhead.

The Director of News and Current Affairs at the BBC, James Harding, is a former employee of the Murdoch Press. While Editor of The Times newspaper, he was responsible for exposing the identity of police blogger NightJack by hacking the blogger’s email accounts – which his legal team then covered up during a court case against the action. Harding has also gone on the record as ‘pro Israel’.

This is the calibre of the figures responsible for hiring the news teams, presenters and journalists who will report on matters of hacking, privacy, and the Middle East.

These are not trivial conflicts of interests. The two individuals primarily responsible for driving the News and Politics agenda for the BBC, are instead driving forward their personal and professional causes – and the licence fee payer is footing the bill.

What is the impact on reporting?

These conflicts of interest affect the reporting of News and Politics at the BBC in a very real way. In 2013, researchers at Cardiff University undertook a major content analysis of BBC coverage – funded in part by the BBC Trust. They studied the impartiality of BBC reporting across several areas, including the Israel-Palestine conflict, the EU, business and economics, and politics.

The findings revealed that: 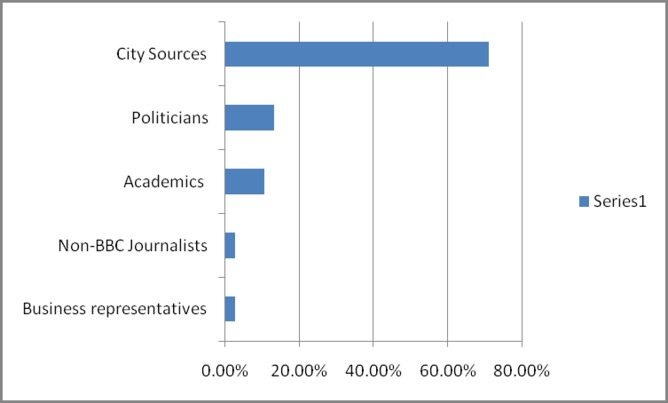 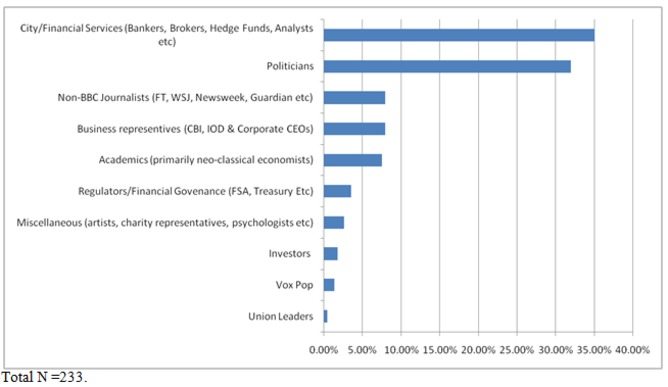 On top of this, BBC reporting of Israel-Palestine has been woefully partisan – and in 2013, we found out one reason why.

In 2013, a devastating report by Electronic Intifada, revealed that Raffi Berg, online editor for BBC News, was instructing journalists to skew reports on Israel-Palestine in favour of Israel. While hundreds of Palestinians were losing their lives during Israel’s eight day assault on the Gaza strip in 2012, Berg was emailing journalists with ‘guidance’ to maintain a pro-Israel tone in their reports. This from the report:

In one, he asked BBC colleagues to word their stories in a way which does not blame or “put undue emphasis” on Israel for starting the prolonged attacks. Instead, he encouraged journalists to promote the Israeli government line that the “offensive” was “aimed at ending rocket fire from Gaza.”

This was despite the fact that Israel broke a ceasefire when it attacked Gaza on 14 November, a ceasefire which the Palestinians had been observing — firing no rockets into Israel.

In a second email, sent during the same period, Berg told BBC journalists:

He omitted to mention that the United Nations views Israel as the occupying power in Gaza and has called on Israel to end its siege of the Strip. Israel’s refusal to do so is a violation of UN Security Council Resolution 1860.”

Berg is still in his role.

All that’s left is propaganda

Recently, these two vested interests – pro-neoliberalism and pro-Israel – converged on an area of common interest: opposition to Jeremy Corbyn.

This united bitter Blairites, Conservatives and pro-Israel groups – who ran perhaps the most toxic smear campaign against the Labour party and its leader in living memory. In the run up to the local elections on May 5, the headlines across the BBC and wider media’s flagship television and radio programs was not the 1 million people in the UK reliant on food banks to eat, but the intrigue of the smear campaign.

Prior to the elections, the reporting by Kuenssberg was dominated almost exclusively by claims of crisis within Labour, providing a platform to a minority of bitter Blairites, and applying pressure on Corbyn to stand aside – or at the very least prepare to.

On Friday morning – when Corbyn’s vote had not collapsed, but increased, compared to Miliband’s general election performance of 2015 – there was no apology for the wrongful prediction. Instead, the narrative wheeled on regardless. While the SNP lost their majority in Scotland, and Labour advanced in England and Wales – this was the BBC website’s response.

The situation brings to mind the moment when the BBC’s Andrew Marr interviewed Noam Chomsky about the role of the mainstream media as a propaganda service. Chomsky was discussing the role of self-censorship by journalists, and Marr repudiated the claim, asking:

“How can you know if I am self-censoring?” Arguing he had never been censored, or told what to think.

“I’m sure you believe everything you’re saying, but what I’m saying is that if you believed something different, you wouldn’t be sitting where you’re sitting.”

And therein lies the rub with the role of the BBC, and the wider mainstream media, as a vehicle by which to advance the causes of those who own and run them. There is a monopoly of wealth and power in our society which translates directly into a monopoly of the media. The result is a staggering lack of diversity and pluralism of voices and opinions in the mainstream space. The media has become little more than a monotonous, relentless monologue – when as a country, and a world, we need to be having a conversation.