Trump told Khan he would make an 'exception' for him, here's the Mayor's outraged response - Canary 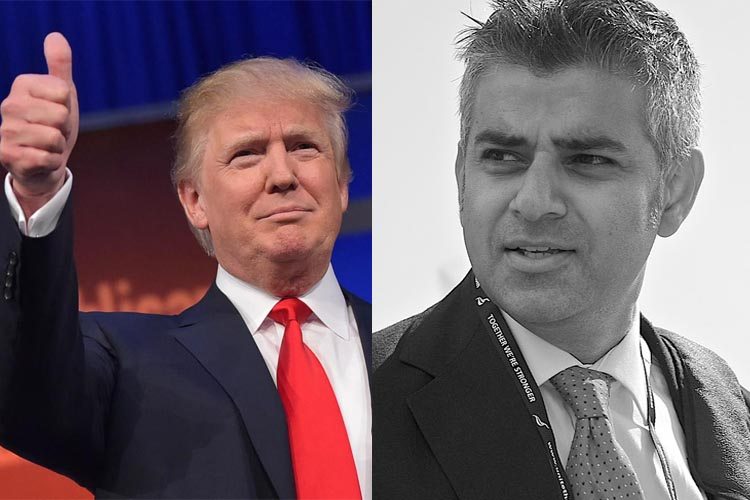 Just three days after being sworn in as the first Islamic faith Mayor of London, Sadiq Khan has slammed Donald Trump over his Islamophobic rhetoric and proposals to ban Muslims from entering the US.

In a recent edition of the the New York Times Donald Trump was asked if the ban would apply to Sadiq Khan, to which he replied, “There will always be exceptions.”

Just how extraordinarily rich, powerful or popular does a Muslim need to be to become an ‘exception’?

This isn’t just about me – it’s about my friends, my family and everyone who comes from a background similar to mine, anywhere in the world.

During Zac Goldsmith’s strange, divisive and racially charged campaign, Khan accused the Tories of using ‘Donald Trump style’ tactics, suggesting that he has no great feeling for the presidential candidate or his style of politics.

Donald Trump’s ignorant view of Islam could make both our countries less safe – it risks alienating mainstream Muslims around the world and plays into the hands of the extremists. Donald Trump and those around him think that western liberal values are incompatible with mainstream Islam – London has proved him wrong.

But on Khan’s election to the London Mayorship, Trump’s response was as emphatic as it was inarticulate:

Sadiq Khan has previously said that he would like to visit the US to discuss housing and infrastructure ideas with Bill de Blasio and Rahm Emanuel, mayors of New York and Chicago. But said that even with his ‘exception’ he would not go under a Trump regime:

If Donald Trump becomes the President, I’ll be stopped from going there by virtue of my faith, which means I can’t engage with American mayors and swap ideas. Conservative tacticians thought those sorts of tactics would win London and they were wrong. I’m confident that Donald Trump’s approach to politics won’t win in America.

After David Cameron appeared to backpedal over his criticism of Donald Trump, going so as far as to say that we should ‘respect’ him, it is refreshing to see Khan provide a strong and principled response to both Trump and what he represents. Unfortunately, politics based on exploiting racial and cultural tensions has gained a foothold on both sides of the Atlantic.

But in London, the population has firmly rejected it.

Image via wikimedia and wikimedia.