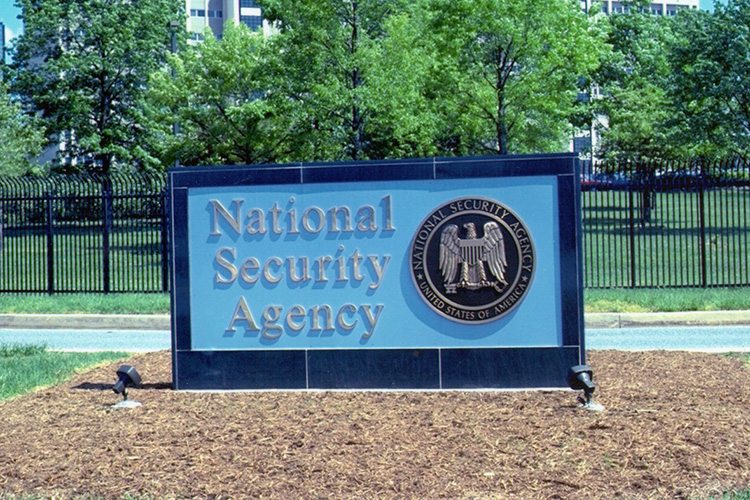 A fresh batch of the files leaked by National Security Agency (NSA) whistleblower Edward Snowden has been released at The Intercept, the investigative news site co-founded by Glenn Greenwald, Laura Poitras and Jeremy Scahill – the journalists initially approached by Snowden with NSA data.

The 166 documents newly released are the first nine months of SIDtoday, the internal newsletter of an NSA division described as ‘arguably its most important’: the Signals Intelligence Directorate (SIGINT or SID).

The difference between these documents and those released by The Guardian back in 2013 is that in place of complex graphs, military jargon and vast quantities of seemingly meaningless data, are folksy day-in-the-life stories of NSA employees, and suggestions for what makes a nice break from work. At Guantanamo Bay, for example. Or scuba diving comes highly recommended.

The internal memos provide an insight into the insular realities of life and work at the NSA; these aren’t simply statistics, numbers and ethical violations that need deciphering for us, but a daily top secret agency briefings written like a “small-town newspaper“. This is the human face and experience of those who carry out the minutiae of mass surveillance, in non-technical language. And the effect is that these workers, regular contractors and people ‘just like us’ suddenly become both relatable, and really eerie.

Some of the revelations are quite amazing. The Intercept has already carefully unpicked the articles for stories and points of public interest – though in releasing the documents they explicitly encourage other journalists to continue the process for anything they might have missed. They’ve provide a breakdown of what they believe to be the “most intriguing” stories and revelations of most public interest, and written up one headline story in full: that the NSA directly participated in interrogations at Guantanamo Bay.

But then, we know government agencies and the military have been up to all sorts of hideous things at GITMO since the early days of the war on terror. This story is not simply the revelation of the NSA’s involvement at Guantanamo. It’s the internal memo titled ‘Can You Handle the Truth?’ that enthuses about the job offering “your chance to get to GITMO for 90 days!”.

It’s also the report that follows, by an employee who, upon their return, penned a memo about the “extremely interesting, challenging and very fulfilling” work of interrogating detainees and collecting information, and the declaration that “after a hustled day of tackling a myriad of issues and directly contributing to the war on terror […] fun awaits and opportunities abound […] relaxing is easy”.

As The Intercept’s Cora Currier points out:

Other accounts of Guantánamo around the same time were not so sunny.

The buoyancy with which NSA staff discuss these desperate situations behind closed doors is sensational in itself. Reading the documents is as much voyeurism for the public as it is an anonymised sociological study – and thus, not unlike the NSA’s mass surveillance.

The way that the documents and their accompanying literature are organised again proves fascinating. The landing page at The Intercept, which allows anyone to download the full set of 166 memos, also hosts five articles. These outline the why, what, how etc. of the release – why now, what has been found so far, and how does one go about releasing an unprecedented set of archived internal emails about subjects as disparate as April Fools Day and North Korea’s nuclear programme, all of which are classified Top Secret?

One article outlines how the documents were ‘cleaned up’ and prepared for public release. The Intercept is candid about their process, citing their source’s original request not to make any moves in releasing the information that would harm private individuals. The Intercept staff have spent a time redacting names of covert agents and employees, and information about individuals collected by the NSA through surveillance, for example. The redacted documents were then provided to the NSA for both comment and screening, and the agency asked for two further names to be redacted. Special mention goes to Margot Williams, The Intercept’s research editor:

Williams combed through each article, doing several things at once: identifying names that we might need to redact, researching those individuals to see what was publicly known about them, summarizing the document, and looking for material that could be the basis of stories for The Intercept.

In its original home at the NSA, SIDtoday is a website, but, unlike normal websites that are accessible from the internet, this one is only accessible from computers that are connected to an internal spy agency network. This means SIDtoday articles, as provided by Snowden, were in Hypertext Markup Language, or HTML, the native format of the web. To be fully readable, most webpages require HTML files as well as associated images, stylesheets, and other files, but unfortunately those other elements were not included in the Snowden archive. This meant the original webpages looked rather chaotic when viewed in a web browser. They also included broken links to the internal NSA network.

[…] Lee prepared software that parsed the originalSIDtoday HTML files and extracted the usable content. This content was then placed into a template with minimalist design and converted to PDF format.

These accompanying presentations allow The Intercept to show their working, thereby also giving an insight into contemporary, digital investigative journalism – and again, in language that we can digest.

This is a similar move to that made by the International Consortium of Investigative Journalists earlier this month, when they provided a fully searchable database containing individuals and companies named in the Panama Papers. The Intercept promises an eventual search function for the ‘Snowden Files’, and further batches of SIDtoday all the way from these first 2003 files up until Snowden left with the data a decade later.

The final question, then, is one of overall ethics. After a violation and revelation, how does one ethically deal with the revealed information?

This was the subject of an Intercept article written in 2015 by Peter Maass which lays out the justification for their releasing the documents. The article is about a 2004 SIDtoday memo (not of this batch, but accompanying the article) which called for employee applications to be the newsletters’ ethics columnist: the “Socrates of SIGINT”. A ‘failed writer’ who ended up employed at the NSA as an analyst took this up, and throughout the article Maass refers to him only as ‘Socrates’. Here is the question of what is and isn’t truly ‘in the public interest’; a reference also to the justification used by the NSA themselves, then:

It is entirely possible that a reader of this story could make a few lucky or smart guesses and data-mine their way to Socrates’ name. There is a whole area of data research that’s known as re-identification, which consists of matching anonymized data with actual names. Even if anonymization did work, there’s a creepiness to knowing everything about a person even if you don’t know their name. Look at this story — it’s invasive without disclosing Socrates’ name, isn’t it?

After mass surveillance, there is no going back to privacy. It’s a Pandora’s Box that has come back to bite the NSA, and no matter who is right, wrong, or able to justify their way out of being held in contempt of the law, this data now in existence could fall into any hands. All we can do is hope that it’s only ever handled by those with the highest of editorial standards.

So much for the NSA slogan, ‘Securing the Future‘… There are no guarantees.

Download the documents and read the articles at The Intercept.

Support investigative journalism in the UK, so we can continue to hold power to account.