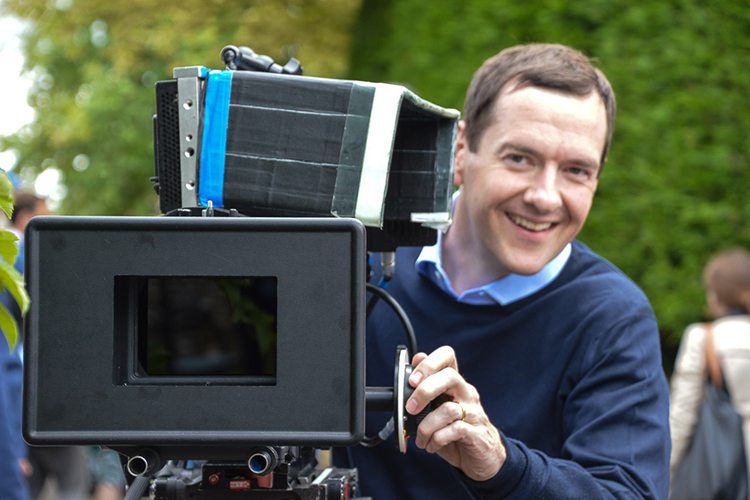 The European Parliament (EP) announced in April that they would be launching an inquiry into the global tax haven network. This week Parliament leaders meet in Brussels to form the ‘inquiry committee‘. This is the “most powerful tool available to the EP” consisting of 65 members who, with no powers to penalise any wrongdoing, will be investigating “alleged contraventions and maladministration” of tax law.

One of those called to testify as a key witness will be Chancellor George Osborne who, though he denounces them in public, has himself benefited from the use of tax havens.

Osborne’s testimony will be an opportunity to clarify why, after explicit promises by the Conservatives to crack down on tax havens, the problem remains rife, and certainly among both wealthy Britons and foreign interests with their wealth in British territories. The inquiry will be broadcast online via livestream. So, citizens will be able to watch the Chancellor’s explanation of his views around, justifications for, and potential remedies to the tax avoidance epidemic – both British and otherwise – in real time.

Ultimately the inquiry will not investigate individual wrongdoing, rather:

British MEP Molly Scott-Cato, who is a spokesperson for the Greens on tax issues, says Osborne “absolutely” must be there since 50% of the companies implicated in the Panama Papers were incorporated in the British Virgin Islands:

The Chancellor needs to explain why we continue to have this bizarre limbo in the overseas territories. We need to move into the 21st Century and regularise the situation

Separately, Scott-Cato set up a petition earlier this year at Change.org asking David Cameron and Jean Claude Juncker, President of the EU Commission, to “shut down shell companies” and “sanction the banks”. The petition, asking for far more radical approach than in her statement this week, currently stands at just over half a million signatories with quite a way to go to reach its target of 1 million.

Osborne has proposed a different strategy. Speaking at the IMF’s spring meeting, his directive to world leaders after the release of the Panama Papers was to call for a “blacklist” of tax havens. This would result in sanctions being imposed by the international community on havens that “continue to facilitate tax evasion”. However, the problem is that a list such as this already exists. Also, Osborne failed to specify how this could help tackle the legal practice of tax avoidance. This was an equal focus of the Panama Papers revelations and one that global citizens continue to argue is a huge moral, if not legal, problem.

The Organisation for Economic Co-Operation and Development (OECD), a group of wealthier countries primarily in Europe, already have the “Uncooperative Tax Havens” list. Osborne distinguished his blacklist idea by claiming it would require all OECD members to take action – whereas there are currently no sanctions relating to the former. He also claimed that it would encourage blacklisted countries to stop “dragging their heels” on tax reform. However, considering the Conservative government has taken no significant action itself to tackle tax avoidance or pursue reform, and has been implicated in its own scandals alongside plenty of the British establishment – including Osborne himself – such claims appear meaningless, and hold zero weight.

In light of this, one wonders what he’ll say in his testimony to the inquiry, which begins in September. Also, it remains to be seen how probing their questions will be. But fortunately, the presence of a livestream will mean that the eyes of the world will be on the inquiry and neither questions nor answers can be edited. We just have to hope that the commission does a thorough job of interrogating the witnesses called, and can make some significant impact on the financial inequality caused by tax dodging.

Sign Scott-Cato’s petition to sanction the banks and shut down shell companies.

Read The Canary’s articles on the Panama Papers.

Read The Canary’s articles on tax.