UK gets its own 'pharma bros': millionaire brothers from Essex ripped off the NHS for £260m - The Canary 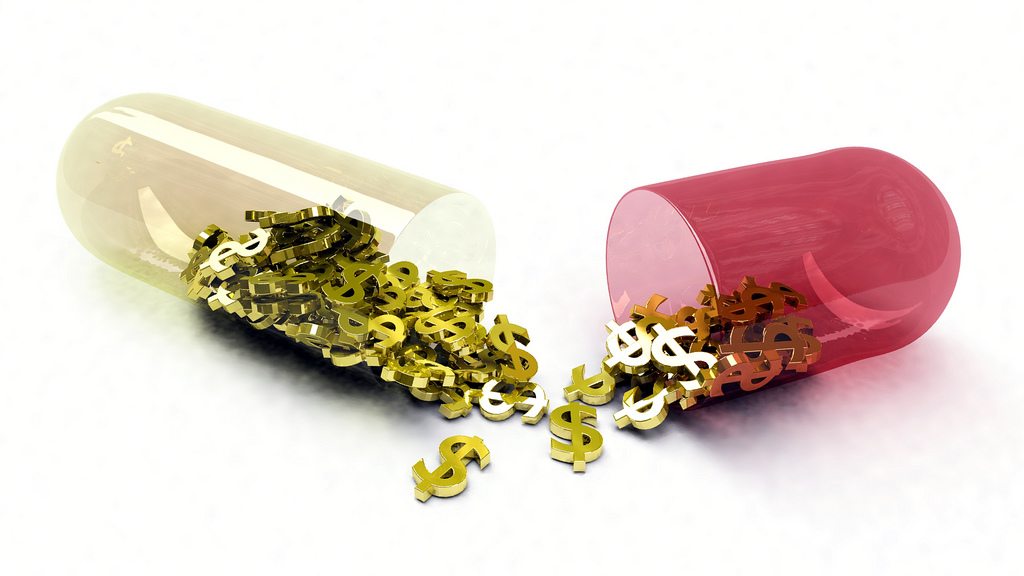 Brothers Vijay and Bikhu Patel are entrepreneurs who appear high on the Asian Rich List, after amassing a £675m fortune via pharmaceuticals. They are co-chairmen of Atnahs, a drug company that specialises in acquiring “pharmaceutical assets” and distributing them internationally. But the brothers, who have been celebrated as a rags to riches success story, have now come under fire after Atnah’s most recent business venture proved particularly lucrative at the average Brit’s expense.

Exploiting a branding loophole, the company hiked prices of drugs by up to 12,500%, costing the NHS a reported extra £262m a year.

The brothers’ actions are reminiscent of ‘Pharma Bro’ Martin Shkreli, who caused an outcry in 2015 when his company Turing Pharmaceuticals raised the price of the anti-malarial and antiparasitic drug Daraprim, often used to treat AIDS patients. Turing raised the price by around 5000%, which resulted in a federal investigation and Shkreli being widely dubbed ‘the most hated man in America’.

The UK’s own ‘Pharma Bros’ have increased prices for their products by exploiting an NHS policy loophole that means non-brand name drugs can be exempt from price controls. The NHS’ control policy means that the UK maintains some levelling on prices not only for the service itself, but for patients.

Exploiting this loophole has allowed the company to now sell to the NHS a drug that in 2008 was 70p-a-packet, for £85. Four firms, including Amdipharm – which the Patel brothers used to own and sold in order to fund Atnahs – use the same tactics. Without much competition for the ‘generic’, rather than brand-name, drugs, the four companies have been able to charge the NHS increasing amounts of money.

The £262m a year the NHS has to pay Atnahs for medicines for which it has exclusive distribution rights is the same amount it could spend on 7000 junior doctors a year.

This is foreboding for the possibility of NHS privatisation. At present, the NHS could potentially close this loophole, and hopefully after this furore they will. However, this lack of price control comes as standard in the US healthcare system.

While many American defenders of the US system claim its market structure upholds ‘efficiency’ – a term frequently used to defend all kinds of privatisation – in actuality that translates into extortionate prices and a race to the bottom. The US government does not control prices, and therefore the cost of medicines is higher to both hospitals and medical professionals, and those who need them.

Rather than paying taxes to get free healthcare and cheap flat-rate prescriptions as Britons do, Americans pay between $100 and $500 a month for health insurance premiums – and that’s before excess costs in the event that they might need particular treatments. If they can’t afford insurance then without it, ironically, the cost of medicines skyrockets for the patient.

Individual pills taken daily can have ridiculous price tags of thousands of dollars. Reuters reported in 2015 that:

U.S. prices for top brand-name drugs jumped 127 percent between 2008 and 2014, compared with an 11 percent rise in a basket of common household goods.

Would TTIP break the NHS?

It’s heartening to see Jeremy Corbyn state that his government would refuse to ratify TTIP, the trade deal that would make UK trade regulations similar to those of the US. But, though pressure over NHS privatisation has meant that clauses should have to be put into TTIP’s draft legislation protecting the NHS from those changes, backdoor-privatisation is still a worry for Britain.

It is in everyone’s interest to prevent both exploitation and privatisation of the NHS from happening. It’s likely that the Patel brothers have private healthcare, but at least one person they know and love will be relying on the NHS for life-saving care at some point in their lives.

At that point, they are going to want that care to be free at the point of access. This will only possible if the NHS is respected by all as a system that works for people, not profit.

Join one of your local NHS campaign groups.

Read The Canary’s stories about TTIP.

Read The Canary’s stories about the NHS.

Support The Canary so we can continue holding power to account.