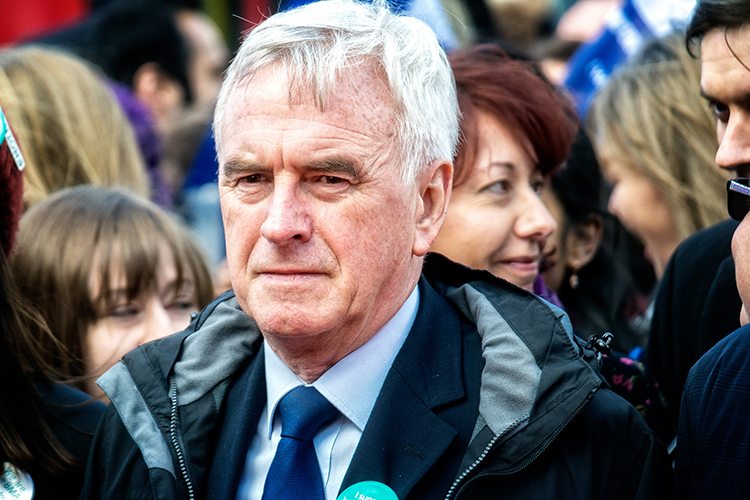 The Universal Basic Income (UBI) is an idea “whose time has come” according to a new report and the several countries now considering it. Finland just voted to trial the policy for two years beginning in 2017, Oakland in California will be the first area in the US to perform a similar trial, Utrecht in the Netherlands will join them and monitor the results at its University, and this week the Swiss voted against the idea in a referendum.

Meanwhile, Labour’s Shadow Chancellor, John McDonnell, reiterated that Labour would consider the UBI as a policy. This would potentially revolutionise the UK welfare system were they to win in 2020 and implement the change.

The debates on UBI surround what is fair – both in giving wealthy people money they don’t need and in giving those who choose not to work money they didn’t ‘earn’. Supporters of UBI defend it as a provider of personal financial security in general, and a guarantor of basic equality in an increasingly volatile economic atmosphere.

The Financial Times claims “the idea of providing money for nothing to all citizens dates back centuries and was nurtured by a radical cult”. UBI has been promoted by both liberals and libertarians, from the left and the right, from Martin Luther King to Milton Friedman. And a 2016 report by Compass into the potential methods for and consequences of UBI in the UK economy has returned conflicting and complex results.

Aside from the debates around who is and isn’t ‘deserving’ of newly guaranteed income, or unnecessary addition to their fortunes, are the technical issues. These include how UBI would be paid for, what resulting effect it might have on the economy, and whether or not it would simply make people idle.

Not all UBIs are made equal. Different countries have different approaches, different needs and different priorities. For example, Switzerland has a population of just over 8 million – that’s smaller than London. It’s a generally very prosperous country, with unemployment at around 3.4%, close to half of the UK’s 5.4%, and has a famously high standard of living. They also have a very low threshold for bringing referendums into the public sphere – just 100,000 signatures on a petition are needed. So the issue of UBI in Switzerland, which almost 80% of the public voted against, does not have the same goalposts as a UBI vote in the UK.

Labour’s potential plan of providing all citizens no matter their status, ability, or work situation with £41-61 a week would be quite different to that of other countries’ plans. Switzerland’s offer of 2,500 Swiss Francs is vastly greater than other schemes – the equivalent of £1,755 a month. Finland’s UBI trial won’t actually be universal; according to the Financial Times, it will pay €550 “to a random sample of 10,000 adults of working age” for two years as an experiment:

The intention is to see what effect a basic income has on work incentives and life choices and how it interacts with the existing welfare model.

Similarly, Oakland and the Netherlands’ will be experimenting rather than implementing policy, monitoring the effects of a temporary UBI to see where the results fall between the various predictions of utopia and dystopia. The existence of all these experiments, soon to be implemented and finalised before 2020, should assist Labour in developing any policy it chooses to experiment with.

The answer to this is not simple. Ultimately it is incredibly difficult to predict exactly what will happen as a result of significantly adjusting an economy, or even to find a consensus on what might happen.

However, basic income advocate Scott Santens describes the intricacies of this potential problem, claiming the intersecting economic functions that determine inflation such as the money supply, technological advances in markets (such as the sharing economy, Uber etc.), entrepreneurial-ism, and supply-and-demand processes, mean that while inflation or even hyper-inflation seem like an obvious result, in practice it has not been the case.

Santens cites the examples of Alaska and Kuwait, two very different economies which have trialled versions of UBI, and benefited from them:

where basic income experiments have been actually tried and studied, the result in each case is increased entrepreneurship. People use their basic incomes to invest in themselves and their futures, creating new businesses and helping to drive the economy beyond what would be possible without it. This means more people competing for basic income dollars, with better goods and services and lower costs.

The Compass report is based on research that considered several different schemes, based on several parameters. The foremost plan they propose is one in which the income tax threshold is completely abolished, and tax rises for everyone to a 23% basic rate, 43% for high earners and 48% for the wealthiest. Once all tax rises and savings are taken into account, Compass says that certain UBI schemes would cost only “a modest sum” and would be “well within the range of normal fiscal adjustment”. However, it does hinge this on the idea of a scheme being carefully implemented gradually, rather than a full and immediate implementation, which it says is “not feasible in the current circumstances” due to there being “too many losers amongst the poorest”.

Whatever Labour decides to follow regarding this policy, it will no doubt be a huge debate and possibly one up for a referendum here in the near future. We can only pray that enough information is available by then to stop such a debate descending into the same farce as our current referendum.

Read other Canary articles about the economy.