The government are refusing to talk about abuse of women, because it 'might harm business interests' - Canary 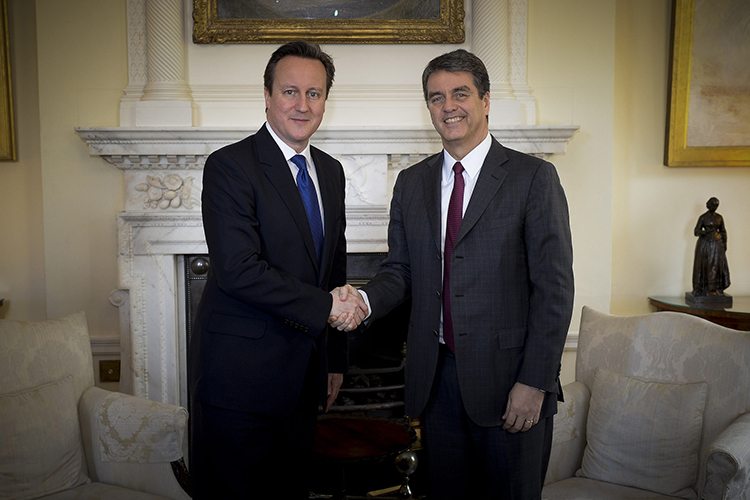 The government are turning a blind eye to an explicit request by the national press for information regarding the alleged systematic abuse of women at an immigration detention centre.

Yarl’s Wood Immigration Removal Centre has been long embroiled in controversy, after years of reports of abuse and mistreatment by centre staff. The women’s detention centre, which has the power to hold people indefinitely before deportation, is overseen by private company Serco alongside other companies given government contracts.

After the release of a dossier in June 2015 by Women Against Rape and Black Women’s Rape Action Project which “chronicles [a] decade of abuse complaints” and calls for the centre’s closure, The Independent submitted a request to the Home Office for full disclosure of the incidents of abuse. The response they got demonstrated yet another failure by government to put the good of the public before profit.

According to a Home Office spokesman, “disclosure would, or would be likely to, prejudice the commercial interests” of those running the centre.

So, because the alleged systematic abuse carried out by a private company’s employees might affect that company’s ability to make money, the government wishes that information to be kept secret.

That the government are refusing to reveal information is bad enough. That they do not acknowledge that the potential documentation of failure of care and responsibility should inhibit the company’s ability to make money is worse. Furthermore, there is clearly a discriminatory angle to this. Were abuse happening to white middle or upper class British men, they would at least be ‘seen’ to be doing something. Because the alleged victims are vulnerable, foreign women, there is no attempt to even pretend to be acting ethically or seeking to rectify any criminal behaviour.

The reports from women outlined in the dossier include both physical and sexual abuse. Staff are alleged to be routinely harassing the women in their care. While the press doesn’t report any specific incidences of rape, one quote is particularly troubling:

If you have to open your legs you will. You think that is the only way that you are able to speak to your family. You have to give in.

At a demonstration outside the centre in March, women were hanging banners out of their windows to alert protesters to something:

The larger banner, fashioned from a bedsheet, reads “Yarl’s Wood officers in relationships with vulnerable detainees.” The paper on the right of the sheet is less clear, and indecipherable.

The UK’s chief prisons inspector Nick Hardwick last year called Yarl’s Wood a “place of national concern” after a report found more than half of women detained there say they feel unsafe.

It is not only the press whom the government and their private contractors have refused to cooperate with. In 2014, the UN’s special rapporteur on violence against women Rashida Manjoo claimed she was denied access to Yarl’s Wood when she attempted to investigate. She “censured” the government, adding that they likely have “something to hide”. She likened the UK’s behaviour to that of Bangladesh and India, whose governments have also been accused of negligence of proper conduct in detention facilities and were equally evasive when questioned and requests for inspection were made.

This does not bode well for the future of Britain’s institutions. Due to the ideologically-driven and systematic privatisation by the Conservative government we have seen disasters in the governance of public services by profiteering companies again and again. It’s not simply the loss of money – Private Finance Initiative schemes are predicted to cost £300bn instead of the initially-predicted £54bn – but the culture of profit chasing companies. What is often called “efficiency” actually means a race to the bottom – a lack of care, the cutting of corners. Only measures which ensure maximum profits are sacred.

What is less immediately obvious than the financial messes is the lack of accountability that occurs when companies’ desire for profits means that they do not take time to ensure, say, that their staff aren’t abusing people. Or that when abuse is uncovered their priority is not firing those involved, reporting the incident to the police and rectifying the situation as best they can, but protecting their reputations so they can carry on earning vast quantities of money – often from the public purse. Because these private contracts from the government are not accountable to us, we can’t fire the bosses of Serco every five years.

At the very least the government needs to investigate, bring criminal charges against any employees involved in abuse and terminate the contracts of the companies involved. Better still, stop this relentless privatisation – whether it saves money, it loses money, or it balances the books in the very same way as the government would. We cannot have those who are unaccountable running public services. It is a proven disaster.

Write to your MP about privatisation and Yarl’s Wood.

Read articles by The Canary about privatisation.

Image via the World Trade Organisation