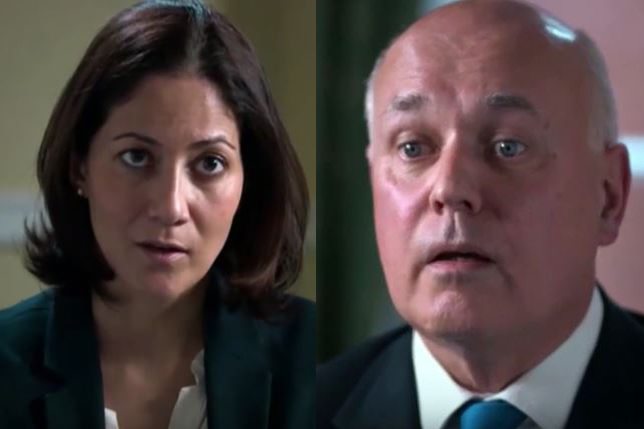 Iain Duncan Smith now claims that migrants coming over simply to claim better benefits than are available in their home countries – what is called ‘benefit tourism’ – isn’t really a thing.

Since Iain Duncan Smith quit his position as Minister for Work and Pensions in March, he has very publicly rebelled against his former colleagues in the Conservative government. His departure from the cabinet was rumoured to have been a result of his disagreement over the EU referendum with the party leadership. Although he claimed it was due to disagreement over the Chancellor’s further tightening of the welfare policies Duncan Smith was tasked with carrying out.

Either way, he has spoken out in favour of leaving the EU, and his latest interview with the BBC – for their documentary ‘Britain & Europe: The Immigration Question‘ – won’t quell speculation that he is trying to drop the government in it. Again, he’s gone back on the government line he himself expressed during his time as a minister.

Duncan Smith says in the interview that “it’s hard to nail down the figures” and that he’d seen “somebody say that most people in the Eastern Europe didn’t actually know what the benefits are here, so [he’s] a little ambivalent” about it. The Mirror has hinted that these latest statements may, however, simply be a jibe at the Prime Minister. Cameron wants the public to vote Remain, and “has cited controls on access to benefits as a key part of how he would control immigration if Britain remains in the EU”.

Duncan Smith can’t claim this isn’t a massive U-turn. Many times he explicitly stated that ‘benefit tourism’ was, in fact, a huge issue facing the UK economy and, by extension, the public. The Mirror notes that he previously said:

It’s hard to know exactly what Duncan Smith really believes. Perhaps he had to toe the party line as a minister, and never really believed what he was saying. But this would amount to years of bare-faced lying to the public. Or maybe he simply changed his mind about ‘benefit tourism’. In this case, we should question the reliability of the information that ministers in government receive when making the policies that affect our lives.

In other words, Duncan Smith’s turnaround on benefit issues is not only intriguing, but also worrisome and telling.

It demonstrates the irrelevance of so much mainstream political debate today. How can we ever be sure what information is reliable, and which people in power are being sincere?

This is all compounded by the fact that many think tanks and institutes producing research and reports on government policy issues are partisan, affiliated to one particular political party or set of ideas. Therefore, their results are often informed by the boundaries and limitations of what they’d like the results to be.

At the very least, we need politicians with integrity – to cut through the complex fog of data and predictions, and enact some truly beneficial policy-making.

Watch the BBC’s series of documentaries in the run-up to the referendum.

Check the facts about Europe at FullFact.

Read The Canary’s articles about the referendum, and benefits.