No matter what side of the referendum you're on, we need to start making plans - Canary 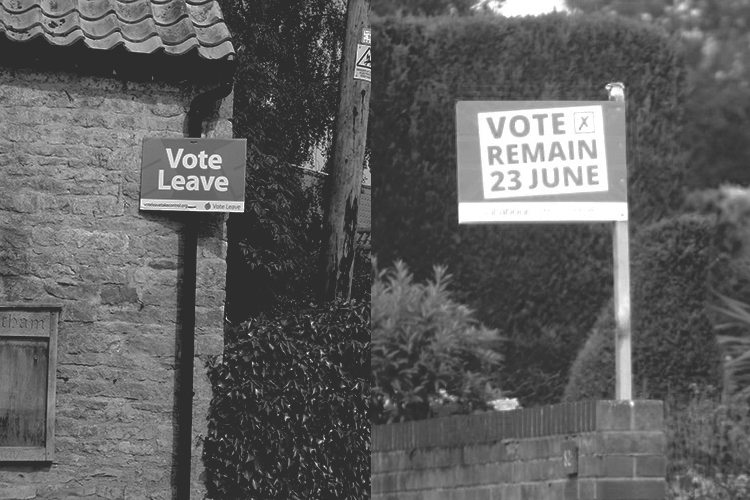 Whichever way people vote in this week’s referendum, it’s unlikely that anyone is casting a vote for the status quo. With latest polls once again putting each ‘side’ neck and neck, it’s easy to see this as a battle of two halves against each other.

In truth, the vast majority of people want the exact same thing. Of course, definitions of ‘a better life’ or ‘a more secure country’ are wildly variable, but one thing’s pretty certain: nobody is rooting for everything to settle back into the pre-debate utopia that never was.

Those voting “Leave” will, by definition, make their desire for radical change clear. Those voting “Remain”, by and large, are also unhappy with the numerous headaches of the European Union; dissatisfied with our government; frustrated with lack of ease and calm in their own daily lives, and those of others.

The uncertainty of what is to come post-debate is the crux of the problem with the simplistic choice we will be given on Thursday. And so, now that the majority have made up their minds or will shortly be required to, it’s time to adjust our thinking from ‘yes or no’, to ‘what?’, ‘why?’, ‘who?’ and ‘how?’.

At its very core, this is a debate about democracy and economics. Ignoring the handful of those with a purely racist agenda and focusing on the variety of credible ‘Leave’ arguments currently bouncing around Britain, everybody broadly wants long-term change and better prosperity for the working and middle classes in the UK.

Those focusing on immigration for economic reasons are ignoring the imbalance of wealth between British people, and the fact that if all immigrants were to leave the country, they would not be in a much different position economically. We are wealthier now that we have ever been – it’s the values that our business class holds concerning who ‘deserves’ that wealth, and the mismanagement and distribution of it, that keeps the majority of us in a constant tug-of-war with our bank.

However, if the result is Leave, the government have no legal obligation to follow that ‘decision’. It is merely an advisory message by the public to the government. If the government then does choose to follow our ‘advice’, it invokes Article 50 of the Lisbon Treaty – the clause by which a member state leaves the EU. This has never been employed before, and the wording of it does not guarantee us a front seat at the table of those negotiations. Furthermore, the implementation of this could take up to two years.

There’s every reason to believe that a Leave vote, then, could leave us in a very different, but still arguably subordinate, relationship with Europe that we are equally unhappy with.

Those voting ‘Remain’ also want the EU and our relationship to it developed, but from within that union. And it is perhaps far more important for Remain voters as a movement to clarify what exactly it is that they want after a successful vote. By virtue of remaining, there is a less straightforward route to a changed EU, but not necessarily a less favourable one.

For both eventualities, we’ve needed political leadership. Not simply to tell us whether to vote yes or no, but to fully communicate the possibilities for change to the public.

Our politicians have been terrible at displaying comprehensive leadership throughout this public question, making ‘predictions’ here and apocalyptic threats there. It would have been more useful to take the leaders out of it, and distribute an A4 page of bullet points of all eventualities for citizens to study . We would likely have had more fun, too.

Nobody can predict what might happen after either vote, economically, politically, or socially. But that doesn’t mean that we shouldn’t be preparing to assert our desires – all the more reason for it.

Once the referendum is out of the way, we can decide as a country what our relationship with the EU is going to be. Whatever happens, we have a fight on our hands as to how those in power lead us from here.

This will not be easy, but it will be necessary.