I can't wait for tomorrow ... Because I'm f***ing sick of debating the EU referendum! - Canary 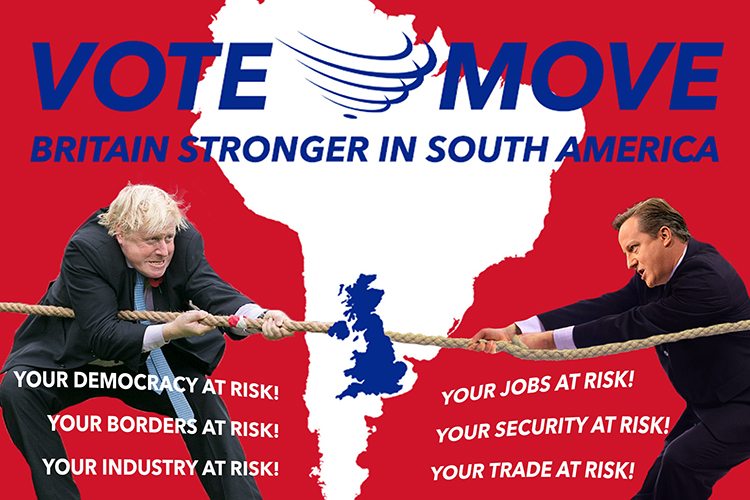 Are you excited for it to be June 23rd? I am. Because then we can finally stop with the relentless, soul-sucking debate about whether or not we say bye bye to Brussels.

For everyone who has engaged in any way in the debate, you are saluted for your immense bravery. It’s been a treacherous month or so, in which we’ve had no choice but to accept that Western democracy is a real ball-chafe. Perhaps you’ve navigated a conversation with violently opinionated relatives who previously ‘didn’t do politics’; deleted real-life friends from Facebook because they’ve increasingly substituted sharing the worst of UNILAD with posts from Britain First; been woken up in the middle of the night by relentless ping-ing as an acquaintance messages you their latest thoughts in a debate that stalemated yesterday morning.

We’ve put in the hard work haven’t we, Britain? We’ve actually read up on things we would have previously just assumed to be true. We’ve engaged with vigour in ages-long arguments which we can now confirm have been entirely meaningless. We’ve dealt with the morning-after regret in the wake of anger-editing the EU Wikipedia page overnight.

And after all this work, we’re finally going to have achieved … what? Something, surely. It may take us years or even decades to understand just what that something is, but, patience is a virtue. After all, good things come to those who wait, right?

No, they don’t. Not always. And certainly not with this fiddler’s fart of a referendum.

Why? Because the yes/no referendum is a joke. As neither side bothered to actually work out what the subtle specifics of IN or OUT will look like in practice, most of that won’t even start to become clear until far after the vote. Not only that, but we’ll also have to deal with all the sh*t we’ve neglected while being distracted by this referendum grudge-circus. The debate has implicitly dressed up the decision as a sort of mythical, end-of-history juncture, in which democracy will triumphantly or disastrously lead us past a signpost that reads: 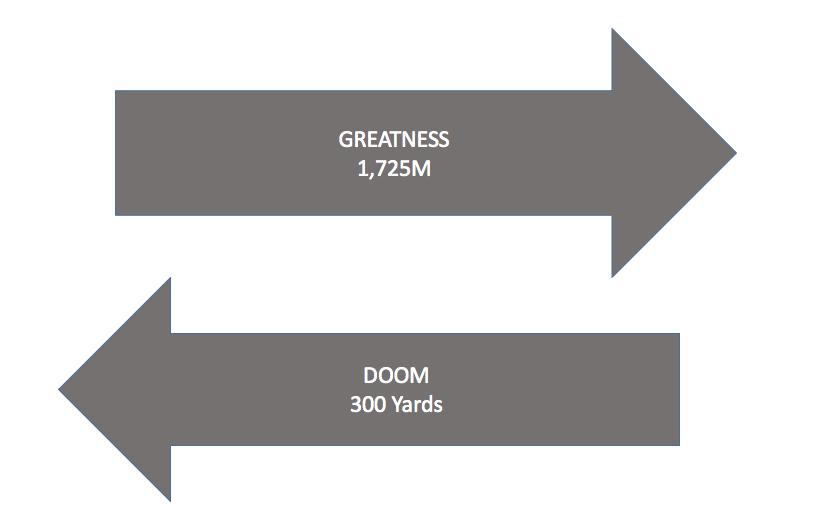 This vote could have made us all feel like valued members of a democratic land. Instead, the experience has felt more like throwing a grenade into a cesspit – a deafening noise, followed by all in the vicinity ending up covered in sh*te.

Right now, many people in Britain are scared and desperate. Crap jobs, no jobs, low pay/no pay zero hours contracts, cut back welfare, people on workfare – and that’s before we even come to impending environmental catastrophe. Oh, and we’ve all started to figure out we’re pieces in a giant f*cked up game of Monopoly where a handful of b*stards bought up all the property before we even threw a dice.

And that means a lot of scared and desperate people. Without the time and the resources to think a situation through and evaluate beyond our own fear and prejudices, those people generally make pants choices.

This is where Project ‘Fear‘ or Project ‘Really, Gove?! Really, though, do you actually expect anyone to belie- Oh, hang on, everyone’s tweeting that they believe it‘ comes from. On both sides.

It’s been a project launched by the establishment, on both sides, and then picked up by the citizen supporters, of both sides, because everyone is scared. Everyone is frustrated. Everyone hates something, whether it’s racism or immigrants. And they ‘want their country back’.

What this really means is ‘I want to be able to live securely, in the knowledge that said security might last’.

Project Fear is bullsh*t. It doesn’t help you or me figure a damn thing out. It’s like that insufferable snake in The Jungle Book whispering sweet nothings in your ear while it considers biting your neck.

The moment you start nodding along like a pacified dog – SNAP – the fangs are in your neck and with them the poison, and there’s no coming back.

How about some good old fashioned facts and vision instead?

Sadly, that beverage isn’t being served at this pub. But here’s another steaming pint of bulls*t to keep you going for the handful of hours left til this party is over, and the hangover kicks in. Then maybe I’ll go campaign for these guys…

Pretty sure it’s real because I saw it on Twitter. And here’s proof, because I copied it into my article.

Do a final check-up of the facts at FullFact.

Read The Canary’s articles on the referendum.

Support The Canary and other independent media, to battle sh*tstorms such as these in the future.