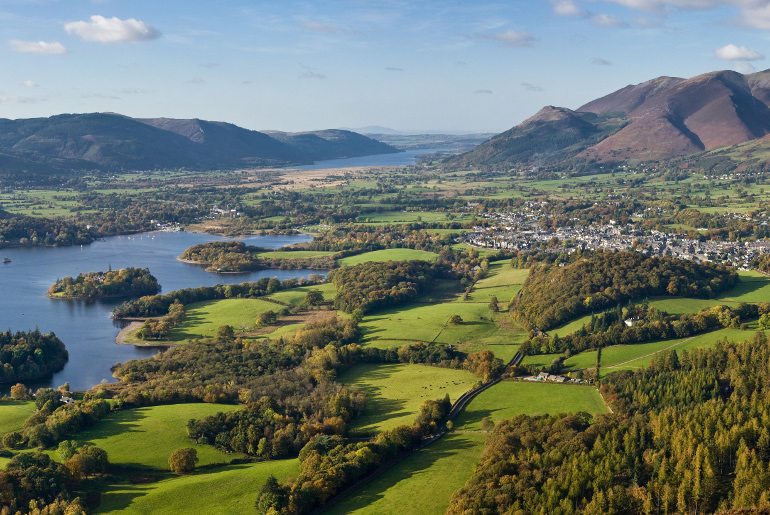 It is unlikely to be the Brexiteers, who have a long track record of climate change denial and voting against pro environment legislation. They usually adopt the argument that profits trump the rights of current and future citizens of the UK to a healthy environment.

Michael Gove adopted a creationist approach (ideology trumping evidence) in his attempts to cut the teaching of climate change from the geography national syllabus in 2013. He was forced to abandon his plans due to robust opposition from Ed Davey, the Lib-Dem Energy and Climate Change Secretary, and a national petition opposing the plan with 64,000 signatures.

In 2014 Gove accused “activist” teachers of turning students into “foot soldiers of the green movement”. This was in response to a report by the climate change sceptical Global Warming Policy Foundation, a think tank set up by Lord Lawson, ex Tory Chancellor of the Exchequer and an avid climate change denier.

Priti Patel is a keen proponent of fracking within the UK, which as an unconventional means of extracting fossil fuels has serious implications for the local environment and global climate change. Patel is also scornful of green groups, and their “eco-terrorist” supporters, opposing fracking. She said in Conservative Home:

If the green lobby genuinely believed in tackling climate change they would be more open minded to the benefits of extracting shale gas in the UK.

Patel also voted for fracking in national parks and supported electricity generated by renewable sources being subject to the climate change levy tax. Opposing policies that are supported by an overwhelming weight of scientific evidence seems to be a trait of Patel’s, as she previously worked in PR for tobacco companies.

Owen Paterson, former Environment Secretary during the coalition government, takes the biscuit in the Tory climate change sceptic brigade. He has called for the UK’s Climate Change Act to be scrapped, during a presentation he delivered at a Global Warming Policy Foundation event. Paterson said, as reported in The Guardian:

Blind adhesion to the 2050 targets will not reduce emissions and will fail to keep the lights on. The current energy policy is a slave to flawed climate action

Paterson has also argued that global warming can have a positive side, claiming crops could be grown further north and there would be less deaths in cold winter; choosing to ignore the devastation to already impoverished areas of the planet affected by extreme temperatures.

We can’t forget Boris Johnson, however much we wish we could, the favourite to become the next leader of the Conservative party. As a journalist with The Telegraph he stated his scepticism about man made climate change:

He then goes on to talk about the unusual levels of snow over the last few years, appearing to not understand that climate change doesn’t just mean global warming, but can have other strange adverse effects on climate, sometimes referred to as global weirding. He is also strongly in favour of fracking, voting to allow it in national parks and supporting its use under the streets of London, saying in his usual gung-ho way:

During his time as Mayor of London Johnson also held back details of a report that proved how deprived schools in London were affected more by air pollution than schools in more affluent areas.

The UK government once again finds itself in the High Court on the 18 October over its failure to tackle air pollution in the UK. The case has been brought by ClientEarth, which has challenged the UK’s inadequate plans to clean up air pollution following the Supreme Courts’ order in April 2015.

These court cases have been brought about under the EU Ambient Air Quality Directive, and it is uncertain whether this directive, or any other EU environmental directives, will survive the Brexit negotiations. Upon hearing of the Brexit vote James Thornton, CEO of Client Earth, had this to say:

Many of the laws which my organisation uses to ensure that nature and health are protected in Britain, were drawn up with the UK’s agreement in Brussels.

Now as the nation prepares to go it alone, we have no idea which laws will be retained since those who campaigned for Brexit did not have a united position.

They failed to make clear during the campaign which environmental laws would be kept. We therefore call upon all parties to promise to maintain existing protections.

So who will be the next champion of the UK’s environment? It has to be us, the citizens of the UK, working collectively in organisations such as Friends of the Earth, Greenpeace and ClientEarth. These groups have long fought for a better, cleaner, healthier environment for this generation and the next. If we want Brexit to result in a green and pleasant land for all of us, we have to fight to make it happen.

Featured Image via Wikimedia Commons – Keswick in the Lake District

join or donate to:

Friends of the Earth

Read more from the Canary on climate change