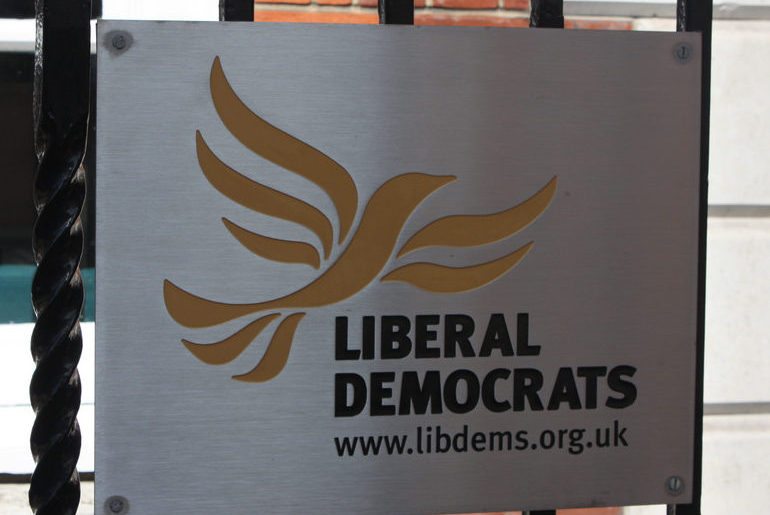 The Liberal Democrats have given Theresa May the kind of welcome that no new prime minister would relish, and she really isn’t going to like it.

A quote by Theresa May from 2007 accusing Gordon Brown of having “no democratic mandate” is currently being circulated. When May becomes Prime Minister on 13 July, she too will not have been elected, either by her party – since she won by default due to her competitor Andrea Leadsom dropping out – or by the electorate. Surprisingly, it’s the Liberal Democrats who have come up with the best response to this situation – and it’s hilarious.

Anyone browsing the Lib Dem website who happens across a dead link is greeted by a 404 error message, but not like you’d usually expect. Take this one, for example: 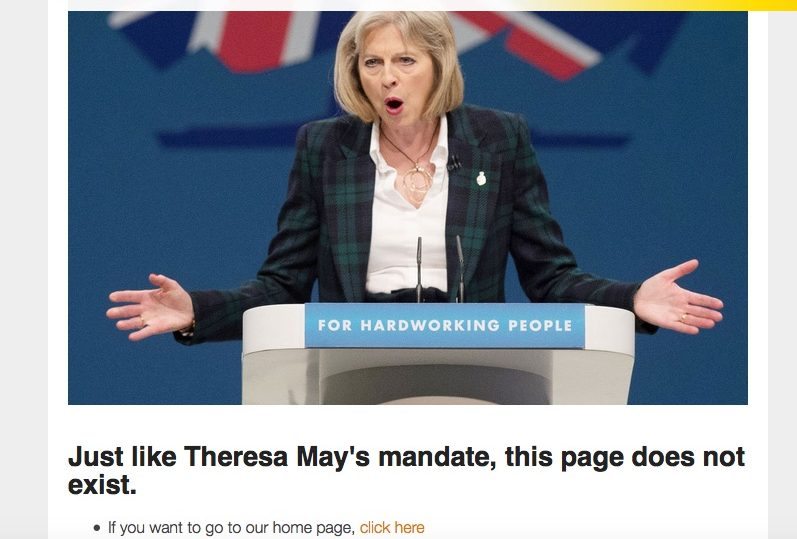 Underneath an image of May, the words “Just like Theresa May’s mandate, this page does not exist” alert the browser to a wrong turn. Ouch.

This isn’t the first time the Liberal Democrats have used their website to make digs at the other political parties. In 2015, they took swipes at both David Cameron’s third term and Ed Balls’ plan for the economy in the same way.

Though simple, this is a funny and effective way of making a dig at the opposition from the Lib Dems. Unfortunately, you’d have to reach a broken or mistyped link to see it in the first place, so it’s probably not going to help them win an election either.