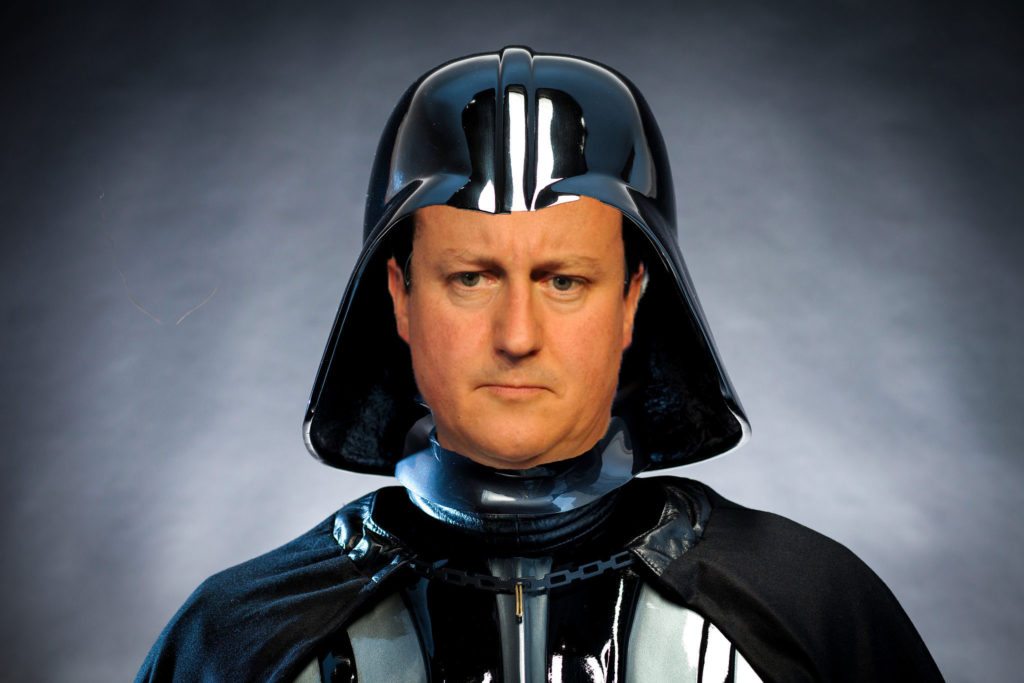 Only minutes after we published the story of Cameron singing himself a happy song after his announcement of Theresa May’s ‘coronation’, the Internet got to work to make that story even better.

Chris Hollis shared the video that we had all seen, of Cameron ending his announcement and walking back into 10 Downing Street singing ‘do-dooo, do do…’ – but this video was different. It lingered. It lingered for a little longer.

Hollis had quickly heightened and layered the clip with some rousing strings, synths and percussion worthy of John Williams, making everyone’s evening better in the process. The Tories now have their very own Imperial March. And we have something to chuckle at, while we attempt to come to terms with the biggest bout of political infighting the majority of us have seen in our adult life times.

At last count, the video has been watched 17,000 times. Comments on both the original video, and the updated Evil Theme Tune, have been enlightening. They range from:

I honestly think the singing was probably to block out his internal dialogue, which by now must just be constant screaming

Needed my inhaler after watching it

Hollis commented that it took him an “idle 20 minutes at the end of a day trying to find something to smile about.” He is a full-time composer and told The Canary that he made the video because:

a lot of people are feeling anxious about politics at the moment, and like the idea of having a laugh at something a little less depressing.

So, everyone, put down your paper bags, breathe deep, and thank Hollis for his work. Let’s also thank Cameron, genuinely, for providing us with something wonderful to parody. And let us thank him, sarcastically, for all the misery his government has brought millions of people across Britain for the last six years.

Image via Wikimedia and Guillaume Paumier/Flickr