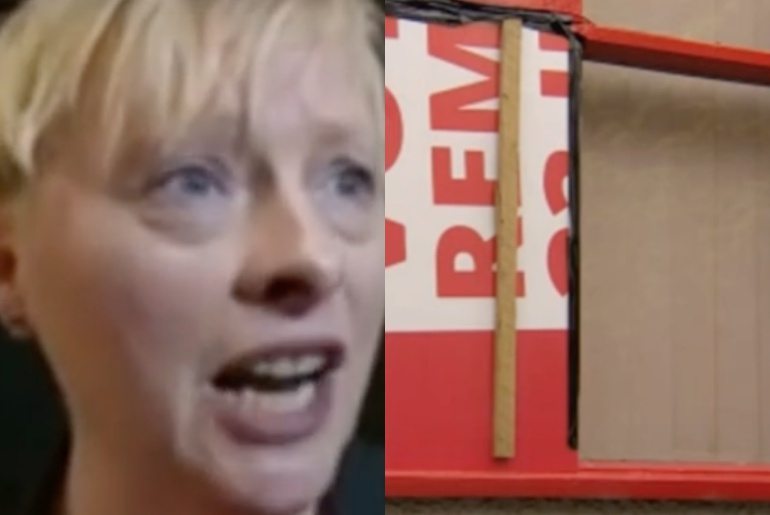 A video has been released which raises questions about the attack on Angela Eagle’s constituency office. The attack, where a brick was claimed to have been thrown through her office window, was widely reported as being linked to her leadership challenge of Jeremy Corbyn.

However, this video shows that there may be more to the smashed window than previously thought:

As can be seen in the video, the window that was broken was on a stairwell which is a communal space between Eagle’s office in Sherlock House and the five other companies which are based there.

And while it is not possible to say for certain that the vandalism was not carried out by a Corbyn supporter, there is equally no evidence that it was, or indeed what the motivations of the perpetrator were.

Firstly, the window broken appears to be on a communal stairwell rather than her personal office. There is also evidence that it is an area where there is vandalism. This screenshot from the video shows non-political graffiti adjacent to where the window was smashed: 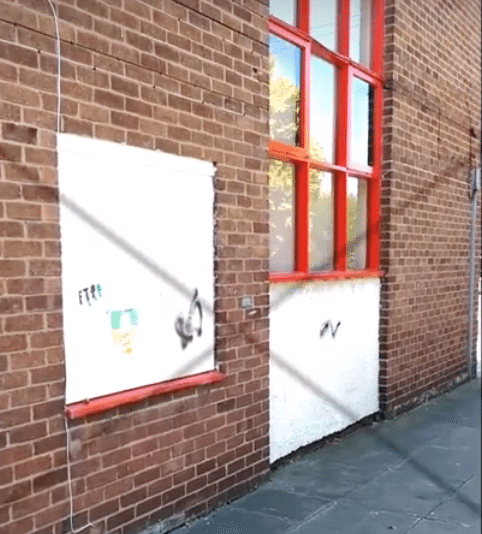 No political message was left either on the invitingly white wall or as a statement afterwards. No group has claimed responsibility for the action. It is therefore equally likely that this was a random act rather than a politically motivated one.

Secondly, if this was a politically motivated action, it would make more sense to target either the front of the building or the back where it looks like her office is actually based. It could be argued that a side window was chosen as there was less likelihood of being caught in the alley which runs round the side of the building. However, this argument is nullified by the fact that her office is also in a quieter location.

Thirdly, there is the question of, even it was a politically motivated attack aimed at Eagle, whether it was perpetrated by supporters of Corbyn. For example, days afterwards her roof was scaled and occupied by family justice campaigners. While this was covered in the press, it is notable that the weren’t described as “intimidating” or “bullying” for their actions. This is quite right – they weren’t. But it is easy to imagine what the reaction would have been if it had been pro-Corbyn supporters unfurling banners on her roof.

Finally, whatever the motivations of the attack, it is possible that Eagle genuinely believed it was aimed at her. This would be unsurprising given she has been subject to threats, and is a genuinely unpopular and disliked figure for challenging Corbyn.

However, given Eagle’s somewhat dubious relationship with the truth – just a few days ago she was caught lying about the reasons why a meeting was cancelled – serious questions have to be asked about this “attack” and the motivations behind it.

In the wake of the attack, Eagle said:

He’s got to call it out. We need to have a kinder, gentler politics in reality, not just a slogan.

This would be nice. However, “kinder, gentler politics” involves not manipulating the truth for political gain as Eagle has done on previous occasions. It does not involve claiming her office was directly attacked when it was a shared stairwell where the window was broken.

Furthermore, it should also involve a genuine commitment from the Labour Party to democracy and a respect of their grassroots membership –  a respect which has been sadly lacking from their secret ballots and disenfranchising large numbers of their membership.

The video raises serious questions about the validity of the claims. It is without a doubt Eagle has used the attack for political leverage – whether she has deliberately manipulated the truth is another matter.

But the fact remains there has been no evidence presented that the attack was aimed at her or carried out by a Corbyn supporter.

Eagle and her cohorts in the media are quick to accuse others of knee-jerk conspiracy theories, even when presented with rigorously pursued evidence trails. However, they apply entirely different standards of evidence to any passing piece of gossip or rumour that suits their cause. A window is smashed, Corbyn supporters did it. No evidence required, no investigation conducted. It is shared as fact, because it supports the political ‘othering’ of those outside the Labour coup worldview. Those inside are ‘moderates’ – despite their Stalinist attempts to overthrow a democratically elected party leader, and disenfranchise anyone who would support him. Those outside are ‘militants’ – except they espouse a worldview based on sharing, mutual respect, an egalitarian rather than elitist society, and actually opposed the diabolical military interventions supported by those in the coup. A better case study of cognitive dissonance would be genuinely hard to find.