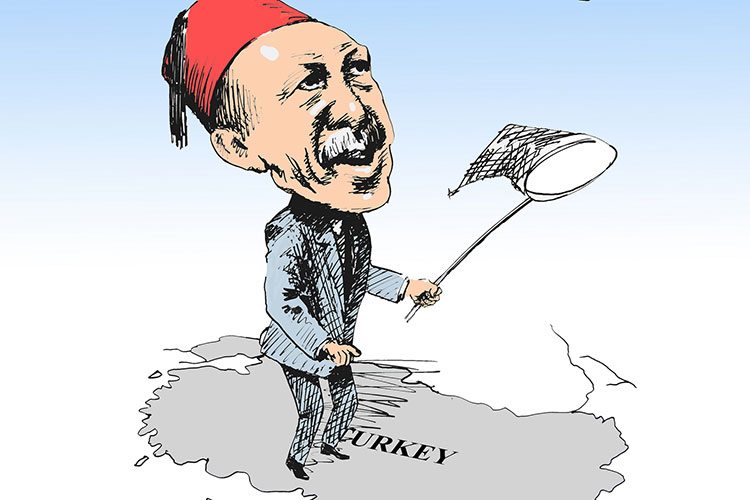 This activity by Erdoğan and his party, the AKP, since the coup has made international headlines, but received little public comment from Western officials – and it’s now reported that what’s being called a ‘crackdown’ on political opponents has taken a sharp turn for the worse.

President Erdoğan has claimed that, after “purging” more than 58,000 people, he is “ready to bring back the death penalty”.

Erdogan claims these people are suspected of being ‘Gulenists’ – followers of exiled Muslim cleric Fethullah Gulen, an adversary of Erdoğan and founder of the Gulen movement opposed to his rule.

Erdoğan has called for America, a NATO ally, to extradite Gulen, who is currently living in Pennsylvania. Using language he knows will hit home, the US has been told by the Turkish President that it “should not keep such a terrorist”.

The BBC reports that Erdoğan has made the statement in response to “supporters outside his Istanbul residence who were chanting for capital punishment to be restored.” The President’s actions in dismissing, arresting and blacklisting are vastly more far-reaching than the small network of individuals required to pull off something as clandestine as a coup. According to the BBC:

The express aim of the president is to ‘cleanse all state institutions’.

The purge is so extensive that few believe it was not already planned.

Still, Erdoğan has dismissed claims that he is using the opportunity to clamp down on political opponents, calling them “libel“, even though he has also said he is purging the Gulen movement “by the roots”.

The BBC reports that among Turks, “there are very real fears about what comes next”.

Turkey abolished the death penalty in 2004, to meet requirements for joining the EU. Describing his potential u-turn as a result of the ‘will of the people’, Erdoğan claims that he would bring the law back only “if the Turkish people demanded it and parliament approved the legislation”.

However, Erdoğan is known for his increasingly harsh and “autocratic” rule, and the coup is said to have only strengthened his position. The BBC reports:

Analysts expect him to renew a push to create an executive presidency which will give him back some of the powers he relinquished when his tenure as prime minister ended in 2014.

This chilling possibility could see Erdoğan seize new powers which smooth the path to an even more volatile, oppressive, and potentially fatal environment for the Turkish people.

Questions have been raised about Turkey’s place in NATO. Yet, if the country is to be ‘expelled’ from the alliance for its conduct, the side effect would be lesser influence by allied countries to leverage pressure against any further oppression.

Still, millions of Turks support Erdoğan’s AKP party. As The Canary reported in response to the breaking news of the coup last week, the only kind of political mobilisation that can bring true reconciliation to Turkey is one by the people.

For a comprehensive analysis of the coup, read The Canary‘s breaking article.

Read our articles about Turkey for context.