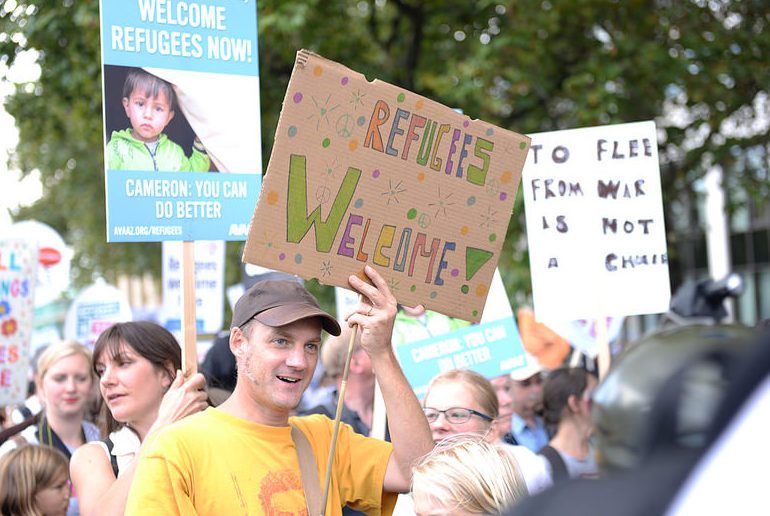 Thangam Debbonaire, Labour MP and chair of the all-party parliamentary group on refugees, has suggested that male refugees and asylum seekers should receive lessons in women’s equality.

Debbonaire called the idea a “refugee integrative system”, suggesting that it would help men entering the country to “understand what is expected of them”. She stressed:

We need to think about how we have those men understand what is expected of them without pretending we ourselves are perfect.

The implications of Debbonaire’s statement would seem to be that either refugee men don’t know how to behave, or that British men operate on a higher level to them. This is, of course, very harmful thinking.

Be it Owen Smith using his ill-advised “smash her back on her heels” turn of phrase regarding new prime minister Theresa May, a doctor writing for the Daily Mail describing a woman’s murder by her husband as “understandable”, or footballer Adam Johnson thinking he could get away with engaging in sexual activity with a girl he knew was just 15, British men are well-versed in misogyny of all forms.

Or perhaps male asylum seekers could learn a thing or two from the treatment of their female counterparts in Yarl’s Wood? Reports have long been coming out from the detention centre of abuse of detainees by guards from the British company Serco, as well as video footage of guards describing those they are meant to protect with various racist or otherwise cruel slurs while mocking the idea that the women are suicidal.

Presumably, Debbonaire won’t be including those lessons in her “integration classes”.

It goes both ways

The Labour MP did not ignore the presence of misogyny and gender inequality in our own society, saying the initiative:

could be part of a nation wide campaign to help men and boys in general to look at gender equality in a different way.

It goes without saying that we could certainly benefit from that. But if Debbonaire wants to help male migrants fit in, it might be wise to address the culture that they’re entering into first. And not alienate them by painting them as sexist monsters.

Unfortunately, it looks like this idea could even be stretched further. Helen Pidd, North of England editor of the Guardian, revealed on Twitter that she supported “enforced British values classes” for all asylum seekers and refugees.

(For what it's worth: I think the UK should enforce British values classes for asylum seekers/refugees)

equality of the sexes, the right to wear what you want, religious freedom, the importance of paying taxes…

Again, Pidd’s suggestions hinge on the idea that either the countries and cultures that refugees and asylum seekers come from do not have these things, or that Britain is somehow more enlightened. As though it was not scores of British individuals listed in the Panama Papers investigation into offshore tax avoidance. As though it is not arguments that suggest women cannot possibly choose to wear a veil that contribute to women being told what they can and can’t wear as much as it is telling them to put more clothes on.

Evidently, we could all do with a primer on equality, religious freedom, and the importance of taxation. So if we’re going to ask all those entering the country to sit one, we should probably step up too.

Support the Migrant Rights Network to ensure fair treatment for all migrants in the UK.