25 years ago we found a way to transform derelict Britain. Now it's under threat. - Canary Workers’ Co-op 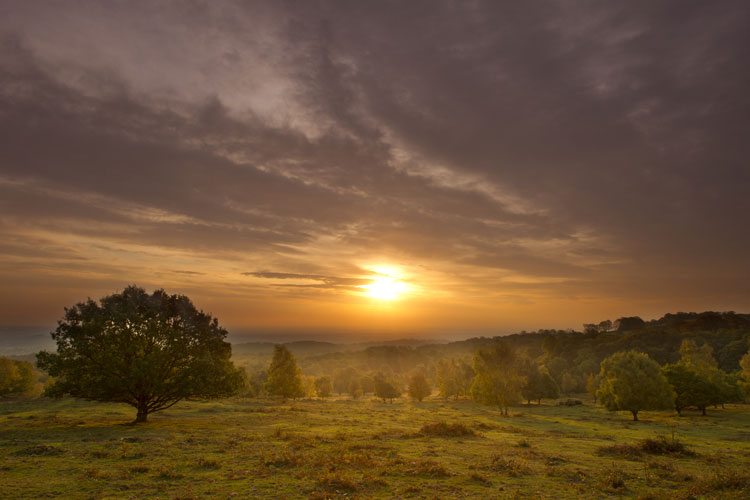 Around 25 years ago, a regeneration project began in the heart of Britain. Some of the country’s most harshly treated and derelict landscapes began to be transformed into The National Forest, covering an area of 200 square miles in the Midlands. In this growing stretch of maintained woodland and public countryside, which houses 200,000 people, over 8.5 million trees have been planted.

But due to the turbulent circumstances around Britain’s relationship with the EU, and public funding cuts, the future of the project and other long-term regeneration plans like it are facing mounting threats.

The National Forest Company (NFC), a public sector charity and non-profit, was set up by the government in 1995. Over around 20 years, the project has transformed downtrodden and neglected mining communities across the coalfields of Leicestershire, Derbyshire and Staffordshire, into the first “major forest” created in England for 1,000 years.

The charity works to plant vast public woodlands and convince landowners to create forests on their land, resulting in the transformation of industrial landscapes destroyed and abandoned in the 1980’s.

Speaking about the condition of the area in the late-Thatcher era, Moira resident, Graham Knight, explained, “It was very unhealthy, pretty grim. It was a hard life and it toughened people up. The area went into steep decline when the industry closed and almost everything disappeared.” But now, he says, “people are moving in and communities are growing.”

The scars of both the industry itself, and its destruction and abandonment, are improving according to the NFC’s director John Everitt:

We can say that air pollution is better, the rivers are cleaner, the water is being retained better and soil is being better conserved.

This is not a closed canopy, wall-to-wall forest, but forest in the medieval sense with a mosaic of habitats, of trees, open grassland, pastures, and communities. We are roughly half way there. We have planted about 8.5m trees and we expect to plant 16-17m.

The value of The National Forest cannot be overstated. The entire project, over 25 years, has cost only £60m and has already more than doubled its investment, with profits being re-invested into the local economies.

Through job creation and maintenance, and regeneration of the many landscapes within it, the Forest has created a positive net public benefit of around £140m. Once it’s completed, that figure is set to reach £700m.

According to The Guardian, the reason that The National Forest has stayed largely under the public’s radar is partly this minimal cost:

This pioneering regeneration experiment has had a low profile and has gone largely unnoticed by environment groups, possibly because it has cost so little and, for many years while the trees were so small, there was very little to see.

Ultimately, The National Forest provides both a physical and symbolic backdrop to the debate about the level of public spending, and invigoration of Britain’s most neglected industrial communities.

While the problem faced is only partly to do with Brexit, it still poses a substantial threat. Farmland makes up a large portion of the National Forest, and the EU provided both direct payments and subsidies to farmers to the tune of billions. This funding is now compromised with the decision to leave the EU.

However, even before EU agricultural funding was threatened, the government recognised that British farmers were struggling, and began to outline measures to support them back in September 2015. Despite recognising the plight of farmers, the government’s decision to cut public funding goes against plans to help these communities.

The majority of the Forest’s funding comes from grants via the Department for Environment, Food and Rural Affairs (Defra). Defra was hit by the largest cut to any public service under the Conservatives’ austerity programme, with cuts of up to 57% in real terms when adjusted for inflation.

The National Forest itself is likely to remain a priority for public funding even if that lessens, because of the conservation and biodiversity work it has developed. But the Forest has a growing list of corporate sponsors that it supposedly helps to “achieve environmental and wider corporate social responsibility goals”. Inevitably then the corporate arm, whose focus is balancing its own profitability with its public image, will be relied upon for survival. The same goes for any further environmental regeneration projects yet to begin.

This tipping balance of power can be seen in the threats to farm funding also: if farmland ends up monopolised because it is underfunded and therefore vulnerable and unsustainable, the corporate stranglehold on the UK’s already frail environment is increased. Corporate dominance of environmental and public wellbeing has been proven time and time again to be a disaster, and inevitably ends in greenwashing.

The current government’s reluctance to spend on public projects such as these, which return both economically and in public wellbeing, is illustrated perfectly by the project. Because The National Forest is an exception to the government’s general rule.

The Conservatives’ underhand promotion of hugely profitable, but equally destructive, projects such as fracking is an accompanying illustration of the backwardness of so many public/private energy and infrastructure projects, and their attitude towards the future of Britain’s landscape. Fracking generates energy on the one hand, yet lots of private money and public health hazards on the other.

Of the spending cuts to Defra, Stephen Trotter of the Wildlife Trusts said:

When everything we depend on comes from the natural world this makes no sense for the economy and it makes no sense for the health and wellbeing of our society. We are now faced with the extremely worrying prospect that government no longer has the ecological literacy or functionality that society needs if we are to build a genuinely sustainable future.

Creating sustainable woodland is hardly the catch-all answer to Britain’s economic problems, especially in the context of the dispersed former mining communities amongst which The National Forest is situated. However, it is just one example of public funded regeneration of such neglected and marginalised communities via sustainable means. The National Forest demonstrates the power of a government-led, long-term focus on regeneration of individual economies and the environment.

Since these communities were destroyed, physically and symbolically, the neoliberal consensus has dominated. The Conservatives in particular, but also much of the establishment ‘opposition’, press and economists, subscribe to the belief that state-led investment is flabby and insignificant, whereas private industry is ‘efficient’ and invigorating. In both cases, these descriptions can be true. But the ultimate difference, and factor of real value, is: do they bring benefit and wellbeing to the everyday British person?

In the case of The National Forest, certainly. It’s a special case, and there’s no sign of it stopping before completion. But then what? Expansion of it, and initiatives like it, are under threat from the mindset of our current government.

As the ‘death‘ of austerity and neoliberal ideas catches on in the global consciousness, we must remember projects like these that demonstrate the regenerative and sustainable power that public investment can have.

Write to your MP and to the Prime Minister about public spending.

Support and visit The National Forest.