Richard Branson tries to smear Corbyn, and gets busted by his own passengers [OPINION] - The Canary 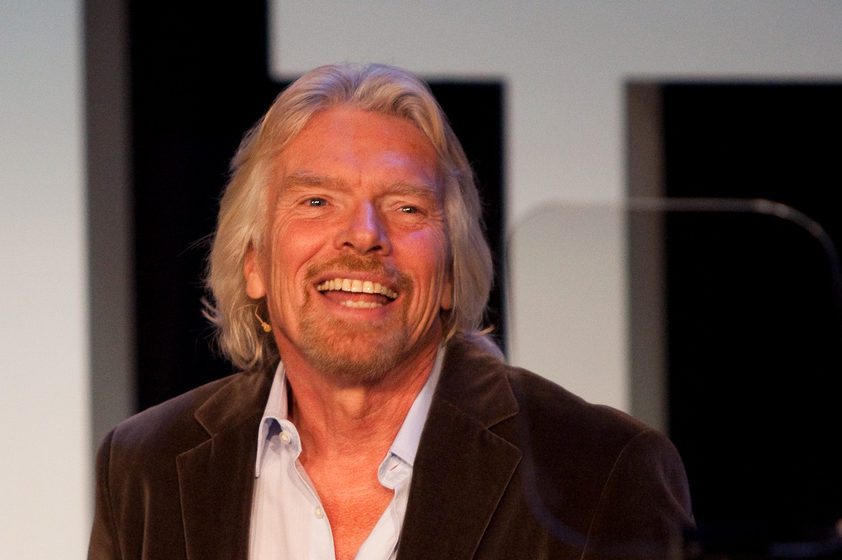 After watching #Traingate unravel, I admit I was concerned. I heard the news reports on the radio, and it sounded bad; like Corbyn might actually be guilty of the hypocrisy so loathed when shown by other politicians. It made me question everything about my support for the man. Could he possibly be a fraud after all?

But within half an hour of looking around the net, away from the monopoly of the mainstream media’s megaphone, it turned out that countless commuters had come forward to say the train was indeed ram packed. The event had not been ‘faked’. And seats had only become available later in the journey.

7. Here’s Sam and Imaan who had to sit on the floor for three hours. They are not Corbynistas pic.twitter.com/xp47Tfp0t6

8. Here’s some other people who met Corbyn whilst he was sitting on the floor of the train #TrainGate pic.twitter.com/1tSnvXlaYj

Snippets aplenty surfaced of the adjoining carriages concurrently full, and of other commuters standing/sitting on the floor with him in the same section. On top of this, half of the Virgin footage showed Corbyn walking through empty carriages with reserved tickets clearly wedged in the seats.

Only days after barrel-scraping headlines about Corbyn’s lack of acquaintance with Ant and Dec, a prominent multi-billionaire who owns half the planet steps forward trying to take yet another swipe at the man’s reputation with headlines about train seating. How funny that we didn’t hear the original story of Corbyn sitting on the floor splashed across the radio waves in the same way? (Think about that for a second.)

If you’re thinking it’s a tad suspicious that a train tycoon should suddenly come forward to oppose a man who wants to put trains back in the hands of the public, I would have to agree with you.

And many on social media came to a similar conclusion: 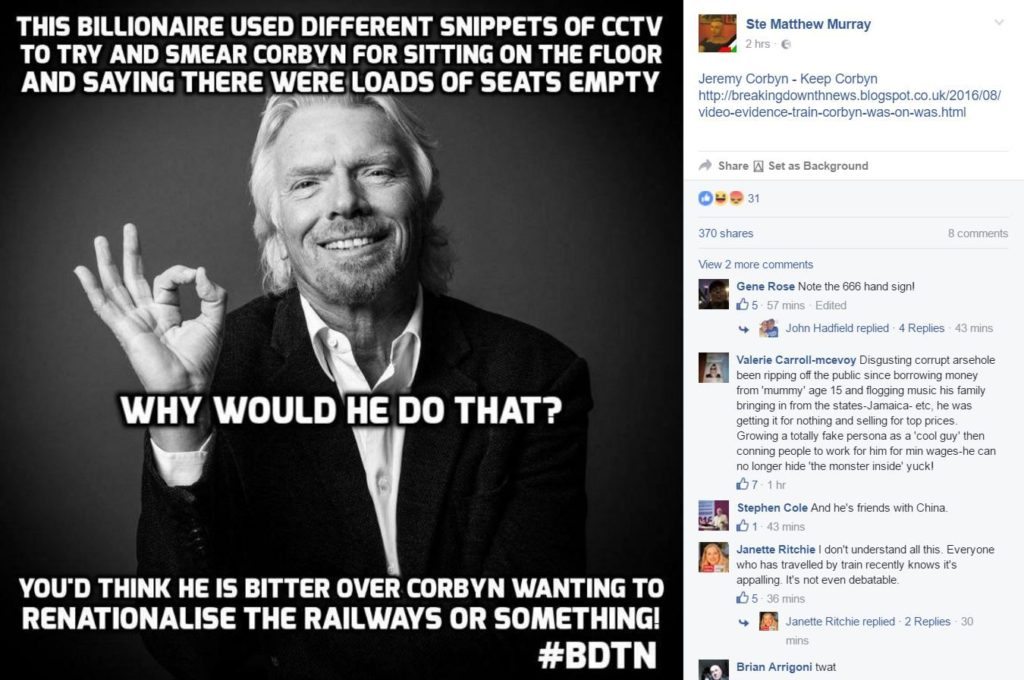 An interview about Traingate on Sky News with Momentum organiser Emma Rees was genuinely appalling news anchorage. Very little better than something you’d see on Fox News. While Ms Rees remained calm and collected in the face of hostile questioning, the interviewer certainly had no compunction about forcing the narrative, or ignoring every single explanation she gave.

Newsnight also ran a heavily biased feature about it. It touted the most prominently used picture of Corbyn surrounded by empty seats, despite the fact those particular seats were all reserved.

One rule for some

But if you do something actually scandalous when you’re a ‘mainstream’ politician, or more specifically a member of this Tory government? Hey, no problem. Go ahead.

You can persecute impoverished and disabled citizens. Decimate countries with cluster bombs. Abuse your position, belittle your constituents. You can screw over the environment, and ignore the wishes of citizens to not have their country made into an underground labyrinth of shale gas pipelines. Spew out blatant lies, break your promises willy-nilly. Sell off state assets that don’t belong to you. Literally hand out knighthoods to your hair stylist, give the important jobs and contracts to your family/mates. Maybe even get it on with a deceased animal if the mood takes you.

If anyone speaks up, simply make a phone call to one of your aforementioned media chums, threaten to remove a licence fee or two, and they’ll snap to attention and sweep it under the proverbial rug with all the haste of a Russian Olympian avoiding a urine test.

Really, I can’t believe slurs against Corbyn are the headlines we’re still being smothered in. Even now. The fate of our country is being decided behind the scenes and away from the spotlight, all while we’re gasping in awe at the smoke and mirrors. Yes, I do recognise the inherent irony of posting a rant that all but propagates that same vice. But the difference is that my only and sincere wish is for people to recognise the ridiculousness and desperation of it all, and then question why that is.

For those who’ve already realised the answer to that question, each deplorable attempt to discredit Corbyn is another feather in his cap. It only convinces us further of his decency, and more importantly, how threatening the notion of fairness is to some.