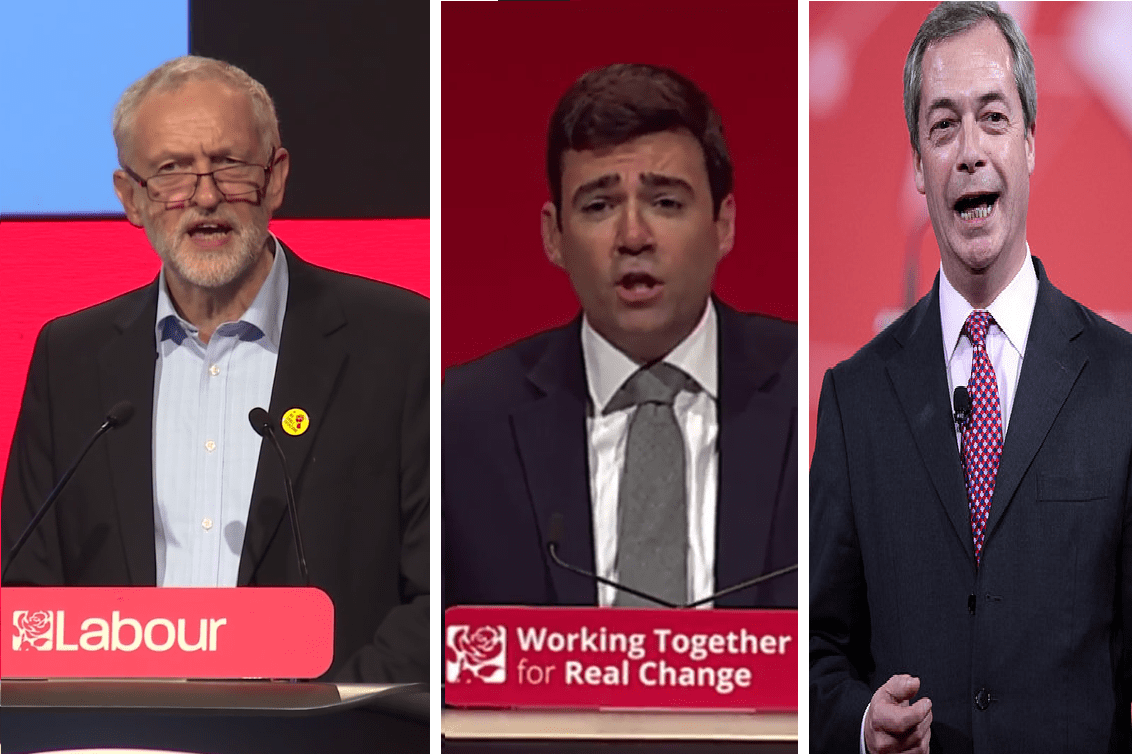 Jeremy Corbyn has refused to “fan the flames” of anti-immigration rhetoric in his flagship speech at the Labour conference, stating there will be no immigration cap under a Labour government.

Meanwhile, the Labour right appears to be lighting bonfires. Rachel Reeves MP, who said she’d be tougher than the Tories on benefits in 2013, has warned that the UK could “explode” into riots if immigration is not curbed following the Brexit vote.

But Maya Goodfellow of Media Diversified has her own warning for Reeves and other members of the Labour right who are adopting such rhetoric:

In contrast to the leadership, Labour MPs have begun peddling these “falsehoods” in the press. This vindicates UKIP’s anti-immigration position, allowing it to pick up more votes.

Goodfellow says suggesting that high immigration causes racism is at odds with the facts:

But immigration alone does not create dislike of the ‘other’; if that were the case then why is it that people who have experienced the highest levels of migration are the least anxious about it?

Racism and xenophobia are products of historical and social factors. To think high levels of immigration produce these pernicious forms of discrimination ignores the history of empire that solidified socially constructed racial categories and established the idea that the ‘other’ was a threat to UK society, values and safety.

A report from The Guardian has shown that areas with the highest level of immigration overwhelmingly voted to remain in the EU:

So, Goodfellow claims, Kinnock is legitimising UKIP rhetoric and disregarding truth in the process.

While bolstering UKIP rhetoric, Goodfellow argues, the MP for Aberavon also draws fire away from the Conservatives when he suggests that immigration is “beyond a society’s capacity”.

It is aggressive Tory austerity, not migration, that has caused the crisis in public services and it is an economic model that benefits the few – the same one that exploits poor migrants while scapegoating them – that is to blame for poverty and degradation.

The impact of cuts to public spending on the NHS, for example, can be seen in this chart:

As the graphic shows, almost all NHS providers have gone from surplus to a deficit within just two years.

And Corbyn echoes Goodfellow when he challenges the narrative that migrants are the cause of crippling public services:

Back to Reeves’ immigration pitch, the MP calls for an end to EU freedom of movement because of alleged downward pressure on wages:

The party has ignored the effects of immigration on wages for too long.

Unsuccessful leadership challenger Owen Smith made a similar claim during his campaign:

In some places the way in which we saw a rapid influx in particular of Eastern European migrants after ascension of those countries to Europe, definitely caused downward pressure on wages, definitely caused changes to local terms and conditions for some workers in some sectors.

But Goodfellow dismisses such arguments:

This is patently untrue. In fact evidence shows the opposite: because migrants consume goods and services they increase demand, creating opportunities for UK-born workers.

Research from the London School of Economics (LSE) found that the rapid increase in immigration has not had any adverse impact on UK workers’ wages.

In Andy Burnham’s speech at the Labour conference, he also spoke about immigration. Calling for tougher controls, the Labour candidate for Mayor of Manchester said:

I don’t want to hear this party make the patronising argument that people didn’t understand their Referendum vote. They understood it very well.

But at Media Diversified, Goodfellow anticipated such a response:

Pro-immigration arguments are dismissed as patronising, pie-in-the-sky politics. But it’s more condescending to assume you can’t reason with and be honest with people; that you have to accept the status quo. It will take a huge amount of work but current levels of migration are not changing any time soon. In a world where nearly half the population live on less than $2.50, people will continue to move in search of opportunities.

And that is the crux of the immigration debate – the elephant in the room: concentration of resources will lead to a concentration of people. Within the EU, Polish people can earn four times as much in the UK than in their own country.

In refusing to put a target on immigration levels, Corbyn says he will not make “false promises”. Indeed, the Conservatives have broken almost all of their immigration vows because immigration is both a fact of polarised global income disparity and necessary for the UK, where immigrants (overall) make a positive contribution to the economy.

Figures on the Labour right are vindicating UKIP rhetoric, distracting people from Tory austerity, and peddling myths by pandering to anti-immigrant sentiment. Instead, they should join Corbyn and Goodfellow in challenging the narrative.