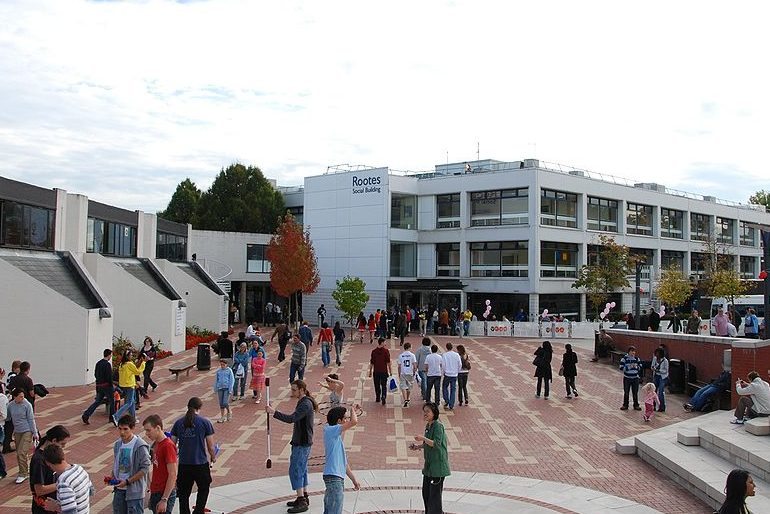 It has been revealed that incoming students to the University of Warwick are sharing single rooms due to a lack of available accommodation. And the problem of over-recruitment has been attributed to Brexit.

The university’s Director of Press and Policy Peter Dunn told The Independent:

We expected the number of non-British EU students to fall after the referendum, but what actually happened was the number of acceptances increased.

Dunn is referring to the fact that, while Britain is in the European Union, students from EU member states are entitled to study in the UK for the same fees as home students. When Brexit happens, this is likely to change – and fees for non-EU international students are notoriously high.

According to a University of Warwick spokesperson, there has also been an unprecedented number of students accepting offers of postgraduate research:

UK postgraduate student recruitment has always contained a significant degree of uncertainty, but this year the university has seen a significantly higher number of people meeting and accepting of offers to study or research at postgraduate level.

This was echoed by Dunn, who said there had been a rise in postgraduates accepting their offers to study at Warwick from “across the world”. He continued:

We try to make the number of students match the number of rooms, but it is impossible to tell exactly how many will accept – and this year the university was more popular than ever.

Unfortunately, this is not the first time this has happened at Warwick. Nat Panda, Warwick Student Union’s postgraduate officer, described in a statement how:

For the fourth year in succession, many incoming postgraduate students have been left without any accommodation due to a mix of over-recruitment and mismanagement by the University. Every year, we are given assurances that it won’t happen again – and then, 12 months down the line, the situation invariably worsens.

Interestingly, Dunn told The Canary, the shortage of rooms “always happens”. He explained that the university can only make its “best guess” at how many students it will get accepting offers, but that generally it is around 8,500 new undergraduates and postgraduates a year. This year, 50 of the university’s larger rooms – still singles – have been converted into sharing accommodation for the 120 or so students who could not be placed.

According to Dunn, this is only for a “matter of weeks”. He said:

I’ve worked at the university for 27 years and there has never been a situation where a student couldn’t be placed after a few weeks.

However, The Canary has heard of two Warwick undergraduate students from 2015’s intake who were sharing a single room for at least the duration of term one.

Another individual, a former student at the university, described how a few years ago, postgraduates were offered accommodation “in plush conference rooms for two weeks” and then told by staff that they couldn’t offer any more help.

Presumably, this is also why 154 postgraduate students are currently staying in hotels. The Warwick University spokesperson insisted that they will “all be found accommodation, either on campus or through the private sector”.

The problem isn’t just that it’s not yet known when this will be sorted out, but that it happened in the first place. As Panda says:

There are students who applied for their courses in the spring – and accommodation as early as May – who are now hearing that they are not being offered any permanent accommodation just a week before they are due to arrive.

Where these students are coming from abroad, they may have already paid out thousands on travel, visas, course fees and loans. They may have given up jobs and moved their families, too. Finding out that they will not have accommodation on campus, and not knowing when or if that will change, could well be one uncertainty too many. Doubly so if they then discover they have to find accommodation in the private sector.

Dunn insists that Warwick couldn’t afford the risk of under-filling rooms, given the contribution that student rent provides the university’s budget. Panda disputes this outright, saying:

Not only is this situation utterly unacceptable, it is avoidable – demonstrating once again the negative effects of systemic failures within the University and the dangers of a marketised education system whereby student welfare is traded off against money in the bank.

It’s hard to view developments in the higher education sector, such as the removal of the cap on student recruitment (allowing universities to admit as many students as they like) and the rise of student rents, as unrelated to this.

But whatever’s causing this shortage in accommodation, it’s clear that students are the ones bearing the brunt.

Given that university is supposed to be about their experience first and foremost, more should be done to ensure their well-being.

– If you require advice or support on your own university housing issues, contact your student union.