The largest women's prison in Britain will be turned into luxury flats, if the government gets its way - Canary 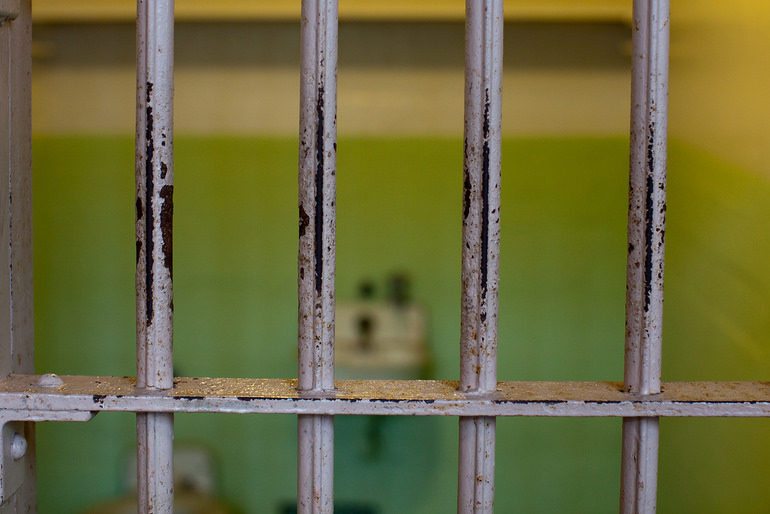 Holloway Prison was the largest women’s prison in Western Europe when it was shut down in July 2016. Its closure has raised big questions, both about the future of the land itself and the future of incarcerating women generally.

When then-Chancellor George Osborne announced the closure of the prison in November 2015, it was proposed as a solution to allowing women to serve sentences in “more humane” conditions. Holloway, along with a number of other Victorian jails, is being sold as part of a government scheme to fund nine new prisons.

The government was clear from the outset that the sites would be sold for housing. It said in a statement:

This will allow over 3000 new homes to be built, boosting house building in urban areas and helping thousands of working people achieve their dream of owning a home.

But the Reclaim Justice Network (RJN), which seeks alternatives to the criminal justice system using social justice solutions, suggested that the government’s claims to have concerns about the conditions in prisons were “fallacies”. Maureen Mansfield, from the Reclaim Holloway campaign and the Women in Prison charity, questions the suggestion that the prison was inadequate to begin with.

Holloway had mental health services that made it much better than other prisons at caring for “really unwell, really distressed women”, she says. Because of its ‘resettlement prison’ status, women held there received additional support during their sentence and were helped to integrate back into their community upon release. These services are not being replicated elsewhere, so they are lost.

In an article for openDemocracy in February 2016, RJN steering group member Rebecca Roberts and Will McMahon, Deputy Director of the Centre for Crime and Justice Studies charity, said:

Behind the seemingly benevolent rhetoric, the proposed reforms are about the privatisation and expansion of criminal justice, rather than a serious attempt to address the problems in our criminal justice system, or society more widely.

The issue with building houses is that it only makes a difference to communities if those houses are affordable. In August 2016, property agent Bilfinger GVA was awarded a contract by the MoJ to advise on the sale. One London estate agent told The Evening Standard that with properties in the area now worth £450,000 and £550,000, developing Holloway into property could be worth £2.25 billion.

This would make the prison just another site sold off by the government and developed into luxury flats. Speaking about the sale, a Ministry of Justice spokesperson said:

We will work to get the best possible value for the taxpayer.

Unfortunately, the best value for the taxpayer may not be in the best interests of the local community.

Reclaim Holloway was set up with this in mind. The coalition of campaigners (which advocates building communities rather than prisons) said of plans to sell off the site:

There are 20,000 households on Islington’s housing list. Local people know luxury flats at Holloway will raise rents, forcing more people out of the area. Now that prisoners have been displaced, locals will be too.

On the issues of homelessness and housing, Mansfield told The Canary that the group refuse to see these as separate issues from the criminal justice system. She said:

We are increasingly seeing the state ostracise homeless people and they have adopted hyper-criminalisation in response to street homelessness … Women are leaving prison homeless and it is increasingly difficult for them to find support from councils who are using their imprisonment as evidence that they are ‘intentionally’ homeless.

This seems especially poignant following news that the government is expecting to fail to reach its target of building one million homes by 2020. Shadow Secretary of State for Housing, John Healey MP, said:

Since 2010, the housing budget has been slashed, the number of people who are homeless has doubled and the number of home-owners has fallen by 200,000.

The country deserves a proper plan for fixing the housing crisis, not more hot air.

If the government is really dedicated to addressing the problems in the criminal justice system, it could do with a proper plan for that, too.

Reclaim Holloway claims that prison conditions in the UK are getting worse:

more women are incarcerated, and more are dying – 18 women, including Sarah Reed in Holloway, have died in prison this year alone. … prisons are being used more and more to incarcerate migrants when detention centres are full. The government’s response? Employ more screws, rather than deal with the conditions that push people into prison – systematic racism, poverty, and lack of housing.

The closure of Holloway has worsened the situation for the 600 women who were imprisoned there, too. They have been relocated to different prisons in Surrey, where Reclaim Holloway explains:

People were doubling up in cells, deprived of decent food and struggling to access medical services … For many women, the move has forced them further from their communities, from support services in London, and from their loved ones, including their children, who now struggle to afford visits outside the city.

It is for this reason that on 12 November, Reclaim Holloway is holding a demonstration at the site to call for it to be repurposed for “collective good, local need, and the needs of women formerly incarcerated there”.

Mansfield explained to The Canary what this could mean:

We are calling for the site to be used for council housing, additional support structures to people and other community responses … This is public land and it can be used for public good rather than sold and money used to build new prisons. The government needs to build homes not prisons. Prison is a problem not a solution.

This is just the start of action for Islington groups. McMahon from the Centre for Crime and Justice Studies is holding a public meeting on 25 November in what he sees as the beginning of a process for the community to “put forward what it wants”. Labour leader and Islington North MP Jeremy Corbyn is scheduled to attend, having already joined protests on the issue earlier this year.

the government may ignore it, but redevelopment of this site doesn’t have to be a political issue. It should listen to what is wanted by the community.

And what the community wants is something that will benefit it and the people who live there, which the latest block of extortionately priced luxury flats will not.

But with Holloway Prison, the issue is not just about the future of community development but of the imprisonment of women and the criminal justice system in general. Then Justice Secretary, Michael Gove, said in November 2015 that it is “only through better rehabilitation that we will reduce reoffending, cut crime and make our streets safer”.

If the Conservative government was really concerned with reducing crime and the prisoner population, it might turn its attention to the social conditions that lead to people being imprisoned. But through its cuts to welfare and services, creating the conditions that have led to sky-rocketing rates of poverty and homelessness, it has done exactly the opposite.

– Read more on crime and justice from the Centre for Crime and Justice Studies.

– Write to your MP and ask them to act on housing and homelessness.