While we're still recoiling from Trump, Branson quietly buys up the biggest chunk of our NHS yet - The Canary 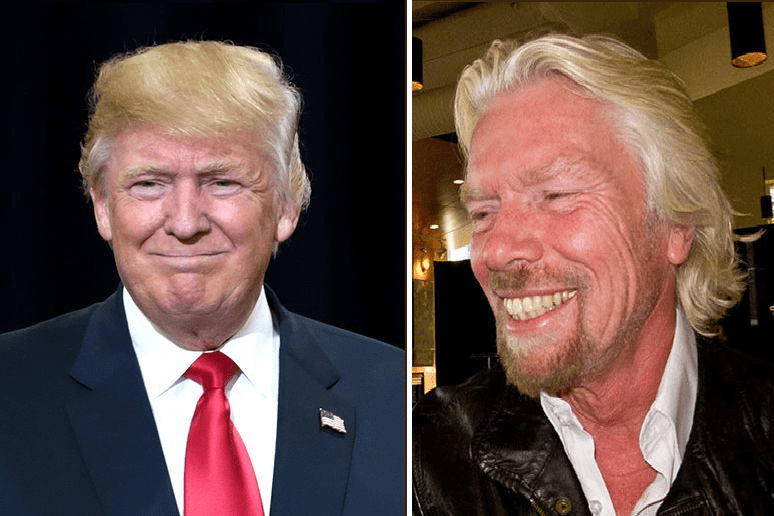 While the globe is still reeling from Donald Trump’s victory, Richard Branson has quietly made the type of healthcare history only a US President would be proud of. In an unprecedented move, the British government has gifted for-profit Virgin Care direct control of Bath and North East Somerset Council’s core adult social care services as part of a £700m deal.

From April 2017, Virgin will run three statutory services. Adult social care, continuing healthcare, and children’s community health will all be in the control of a profit-seeking company.

At present, the council has said there is a clause meaning any financial surplus will be reinvested in services. But Ruth Allen, of the British Association of Social Workers, was sceptical:

How long will that last, and how will surpluses be defined?”

How can they provide sustainable value on public money and highest quality when they need to show dividend returns to shareholders?

Virgin Care has shareholders which need to see profit returns on their investment.

The next step on the privatisation stairway

Theresa May’s Conservatives have taken us up another rung of the privatisation ladder in selling off an unprecedented level of NHS services to Branson.

But that’s not the only worrying record they’ve broken with our NHS. Contrary to May’s rhetoric, the Prime Minister and her predecessor’s ideological austerity programme have pushed historic levels of debt on the NHS.

NHS funding has dramatically decreased since 2010, according to the government’s own figures.

The pattern continues. As well as record-breaking deficits and levels of private control, the Conservative government tried to sneak out the biggest sell-off in the history of the NHS. £7.9bn of contracts are up for sale in the latest NHS bonanza; 7.3% of the entire health budget.

The government is taking us further and further towards full privatisation. Department of Health figures show that the amount of money going to “independent sector providers” more than doubled, from £4.1bn in 2009-10 to £8.7bn in 2015-16.

Big Business cannot get enough of risk-free investment in essential services. When our public institutions are privatised, we still need to use them. But now, the government and corporations are continuing to place tollgates between us and what we need, like rent or increased fares. In one way or another, privatisation means we will be charged more each time we use institutions like the NHS or the railways.

Along with buying up our health service, Branson’s Virgin empire already controls a big part of our rail. This offers insight into what we can expect from his reign over our NHS.

Branson’s West Coast mainline received government handouts between 1997-2012 that tally up at £2.79bn at today’s prices. Subsidies to private rail companies like Virgin Trains mean we are essentially paying for our rail tickets twice.

In 2014, the Coalition government handed Virgin and Stagecoach a lucrative £3.3bn, eight-year East Coast Mainline contract. The government is handing public money to rail shareholders through the privatisation con, while imposing austerity on the rest of us. We are handing Branson and co. billions before anyone’s even bought a ticket.

On the other face of our outdated two-party system, Labour leader Jeremy Corbyn has promised to end private provision and bring the NHS “back into public hands”. He has also vowed to end private rail provision.

In contrast, the Conservatives are taking us closer and closer to a US-style health system.

Across the Atlantic, a bigot who lies 78% of the time has conquered the presidency with very dangerous anti-foreigner rhetoric. Therein lies a warning. Despite enjoying 41.6% of the world’s wealth, America is by far the most unequal country in the world because of the economic policies the Conservatives are imitating. Such as selling off huge chunks of the NHS to for-profit corporations like Branson’s Virgin Care. In following the US model, the government is creating fertile ground for the rise of extremism. As well as siphoning off public funds to the rich.