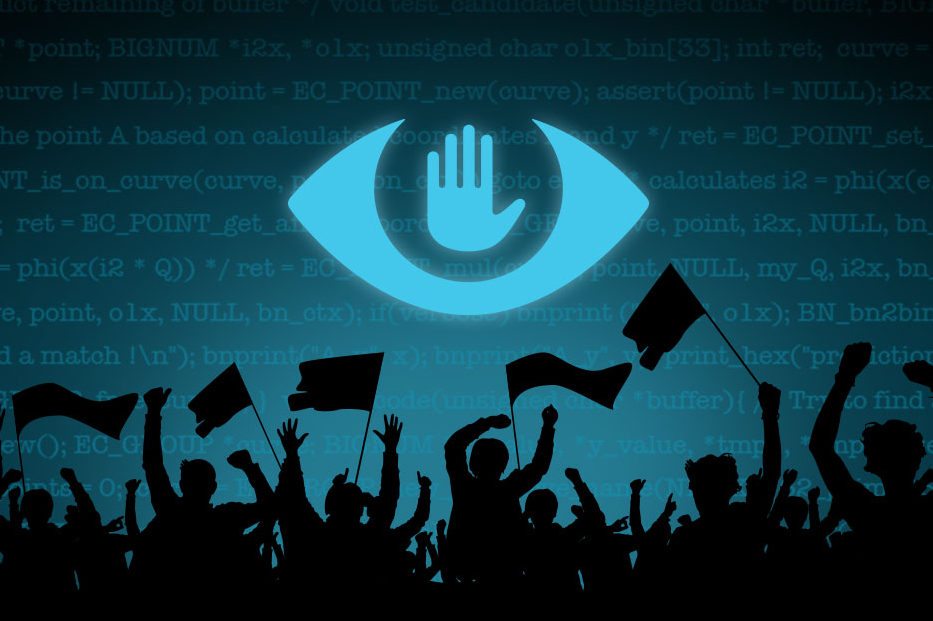 The entire world is reeling from geopolitical events in 2016. Circumstances that perhaps seemed unthinkable as little as a year ago are now a stark reality. But if you thought this year could not possibly cram in any more political earthquakes, you were wrong. While the UK has been preoccupied with the election of Donald Trump in the US and the continuing Brexit fiasco at home, Theresa May’s government passed what some are calling “the most extreme surveillance law ever passed in a democracy”.

The ‘Snooper’s Charter’, now a reality

Theresa May proposed the controversial ‘Snooper’s Charter’ back in 2012. It was a bill seeking unrestricted government access to every UK resident’s personal information and browsing history. Back then, May was Home Secretary in the Conservative-Lib Dem coalition government. The proposal was met with widespread opposition, and effectively blocked by then-Deputy Prime Minister Nick Clegg. Four years, one general election and a Brexit later, Theresa May is Prime Minister – and its latest reincarnation is barely a blip on the public’s radar.

The Investigatory Powers (IP) bill passed through the House of Commons in June. Ratified by the House of Lords on 17 November, it will now become law by royal assent. Perhaps the biggest surprise is that 64 Labour peers signed off on it in October, merely hours after high-ranking judges ruled the UK government had been unlawfully spying on the UK populace for more than a decade. Even the SNP merely abstained. The Lib Dems alone stood in defiance, but were voted down by a whopping majority of 266.

The bill has long been opposed by civil liberty groups including Big Brother Watch, Privacy International, and Amnesty International. These organisations warned it would allow the UK government to effectively monitor everything we see and interact with online, in a gross infringement of our civil liberties. It has been opposed by lawyers, and even by the giants of social media.

However, this passing of the bill marks an end to notions of online privacy. Internet and mobile phone providers will now be obliged to record every internet customer’s web usage and history in real-time, for up to a year. This information can be viewed and assessed by any number of government departments, for any reason. Intelligence agencies have even been granted powers to hack directly into the computers and personal electronic devices of any UK citizen.

And just in case anything is missed by that expanding web of bulk surveillance, companies will also be forced to decrypt data on demand by the government – a measure previously opposed by technology giants such as Apple.

Whistleblower Edward Snowden, who recently described Theresa May as “a sort of Darth Vader in the United Kingdom”, tweeted:

The timing is a concern

May is known for her staunch, heavy-handed views on immigration and counter-terrorism, as well as her opposition to the European convention on human rights. Evidence suggests she doesn’t care much for her subjects at home either. Her government was recently slammed by the UN for systematic abuses against the poor and disabled right here in the UK, the world’s fifth largest economy.

The UK is concurrently moving towards isolation from Europe, into a new era of far-right mentality and rhetoric. Echoing Trump’s vision of ‘the wall’, Theresa May is virtually ‘rolling up the drawbridge’ of the British Isles. Those remaining inside her castle will be subject to her rules, and her rules alone. May even tried to sideline centuries of parliamentary process, insisting MPs would have no say in the implementation of Brexit. She was later overruled by the British High Court.

However, it is worrisome that our Prime Minister seemed to believe herself answerable to no one, or that post-Brexit Britain should be forged according to her vision alone. Meanwhile, David Cameron’s successor continues to cosy up to oppressive regimes like that of China and Saudi Arabia – societies where you pretty much do as you’re told. (It doesn’t look too good for Brits, if they are the nations she aspires to.)

Of course, many UK politicians have now u-turned on their previous positions concerning Donald Trump too. On the contrary, some now seek closer ties with his new far-right regime emerging in the US, and a bolstered ‘special relationship’.

British laws, values, and social conventions are in the process of being redrafted, arguably upon a tide of resurgent nationalism. At the same time, personal liberties are to be altered forever. Many might argue that privacy is a basic human right. The IP bill opens the door for mind-boggling levels of abuse by this, and/or any other successive UK government.

What is legal today might not be legal tomorrow. We have no guarantee as to how such profiling could be used now, or in the future. Britain has undoubtedly taken a big step closer to the disturbing Orwellian prediction: a society in which something we’ve simply read or spoken about could potentially be twisted, or used to incriminate us in any prescribed crime against the state.

In fact, it’s probably fair to say George Orwell must be turning in his grave.

– Support organisations such as Amnesty International, Liberty, and the Civil Rights Movement.

– Write to your MP, ask them to repeal the Investigatory Powers bill.