The British public sticks two fingers up at the St Mary's Hospital thieves, in the best way possible - The Canary 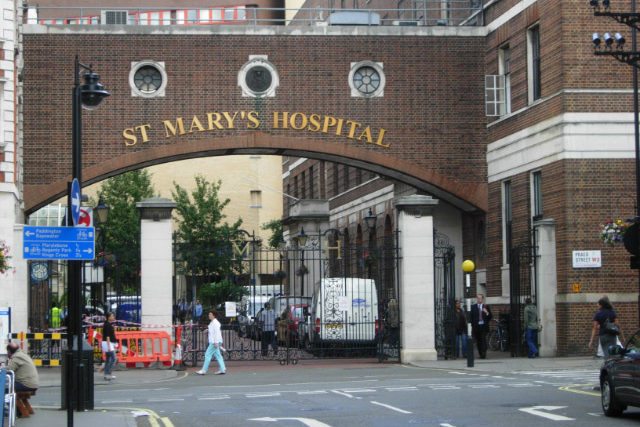 £3,000 worth of toys and Christmas gifts for critically ill children were stolen from St Mary’s Hospital in Paddington. But the British public have condemned this deplorable act in the best way possible – by donating to a crowdfunding campaign with compassion and generosity.

The intensive care unit at St Mary’s treats children with debilitating illnesses, and those who’ve suffered accidents or acute physical trauma. The gifts, which were donated by the general public, had been stored in a ward in advance of a Christmas party. A party specifically for those children too unwell to return home over the festive period. They were then stolen, allegedly at some point between early October and 17 November 2016.

According to reports, the thieves even nicked the Santa costume, and the decorations.

The charity COSMIC quickly set about crowdfunding to replace the stolen items. Victoria Rees, head of the charity’s fundraising and communications, said:

Everything was taken, toys, gifts for the party, Lego, games, arts and crafts, books, teddies – everything went.

They were stored at an unused ward at the hospital, which is not for the public and we don’t know what happened – or whether or not there was a break in.

This is an awful crime at this time of year and hard to imagine what kind of person would steal gifts so clearly destined for sick children to make their lives a little brighter this festive season. We are appealing for any witnesses or anyone with information to please contact us as soon as possible.

COSMIC’s efforts were far from in vain. In the short time since the theft became public knowledge, the Virgin Money donation page has raised more than ten times what the crooks took. The current total sits at over £30,000 – a figure which rises to more than £36,000 with additional Gift Aid, and a whopping 1031% of the original target. 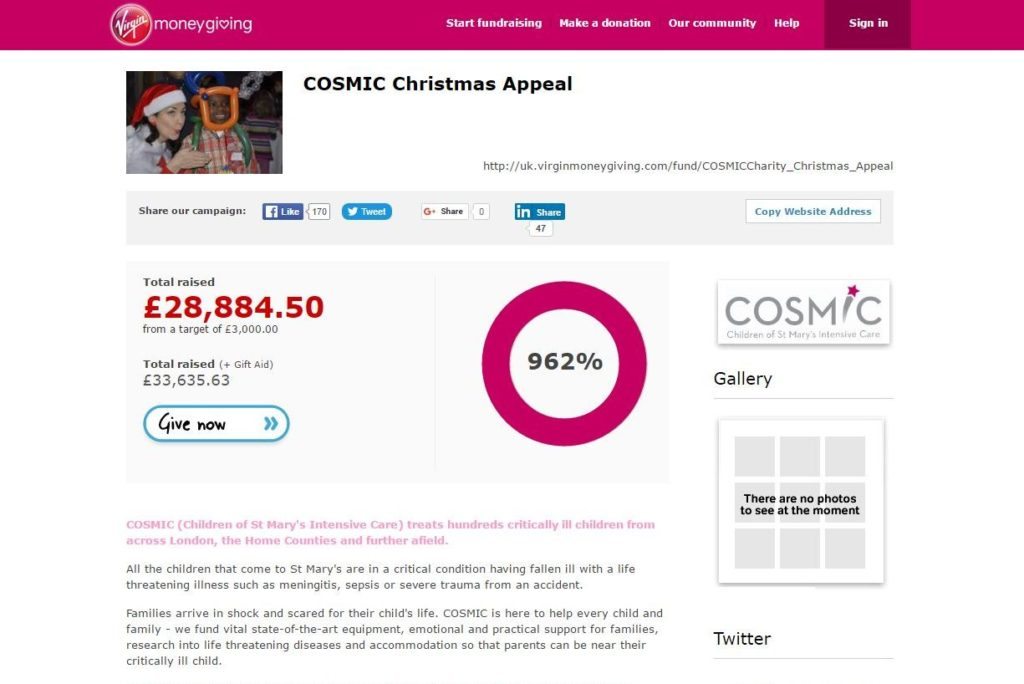 Amid all the gloomy headlines of late, at a time when political divides are increasing and the world seems to be taking a turn towards the more territorial and insular, it’s heartening to see the benevolence of the British people shine through so triumphantly. Sometimes, when awful things happen, people show you the best of what they have to offer.

Of course, knocking the target out the park is no reason to stop now. How about we give the children staying at St Mary’s hospital a sack of gifts even the most buff  Father Christmas would struggle to get down a chimney?

– Donate to the campaign here.

– If you have any information regarding the theft, contact Crimestoppers on 0800 555 111, or visit crimestoppers-uk.org.