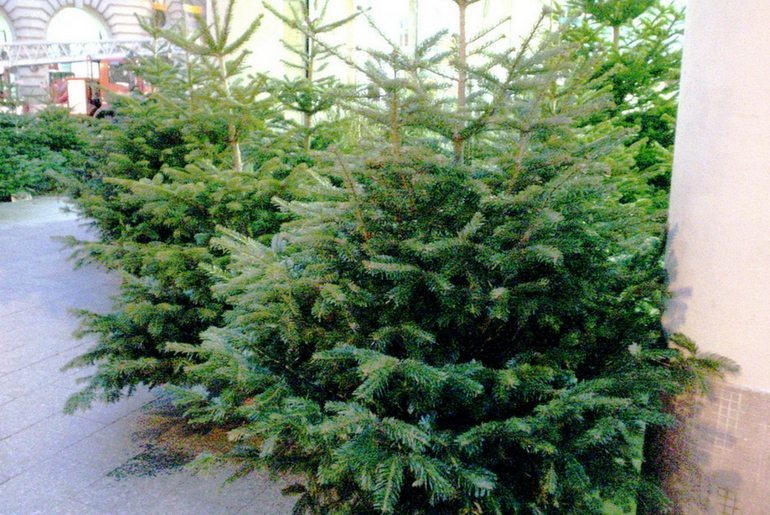 A new T-shirt campaign from the woman behind #WearYourNHS is encouraging people to get a different kind of tree this Christmas, with the help of internationally-acclaimed artist and activist Ai Weiwei.

Dr Lauren Gavaghan, a psychiatrist in London, spearheaded the #WearYourNHS campaign earlier this year in support of junior doctors. She enlisted Vivienne Westwood to design T-shirts, which went down a storm with celebrities, activists and the public.

Now, she’s turning her hand to another issue close to her heart – the refugee crisis.

Gavaghan says that her motivation for starting ‘RefuTree’ is “reframing the concept that the world has of refugees”. She has long been inspired by Ai Weiwei’s work and life story, and says of his sculpture Tree:

The sense of peace I experienced in its presence reminded me of my favourite African tree, the iconic Baobab. … There is an African fable that describes God, in anger, pulling the Baobab up by its roots and re-planting it, upside down. …

This caused me to reflect on what it means to both nature and a human to be uprooted, to be broken down into pieces and then put back together again. ‘Tree’ signified growth, potential and possibility.

Tree is created from many different pieces of various species of tree collected from Ai Wewei’s homeland, China. He has said of it:

my work is always ready-made. It could be cultural, political, or social, and also it could be art – to make people re-look at what we have done, its original position, to create new possibilities.

It is exactly this which guides the RefuTree concept.

Ai Weiwei designed the T-shirt from his studio in Beijing after Gavaghan got in touch with him.

Get a different kind of tree this Christmas!🌲❤️Wear your #RefuTree TreeTee designed by artist Ai Weiwei .@aiww & stand #WithRefugees pic.twitter.com/b7JHkLIypj

She says of the design:

in his recreation of Tree, these grey dried out tree pieces blossomed into a striking patchwork of bright and contrasting colours.

Gavaghan compares this to the “patchworks of colour that people’s lives become, where even the dark patches add to the overall beauty”. She continues:

this explosion of colour spoke to me of potential, hope, growth and most importantly life.

It is about a re-making, a re-creating, a re-writing of the narrative and a bringing together of the pieces to make the whole again.

It is for this reason that she settled on the name RefuTree. She says:

it is about creating something new and different out of the already known, the familiar, which often becomes imbued with expectation / connotation.

Funds raised from the campaign will go to support the work of Médecins Sans Frontières.

– Read more about the RefuTree campaign, and get your T-shirt here.

– Read The Canary’s coverage of the refugee crisis here.