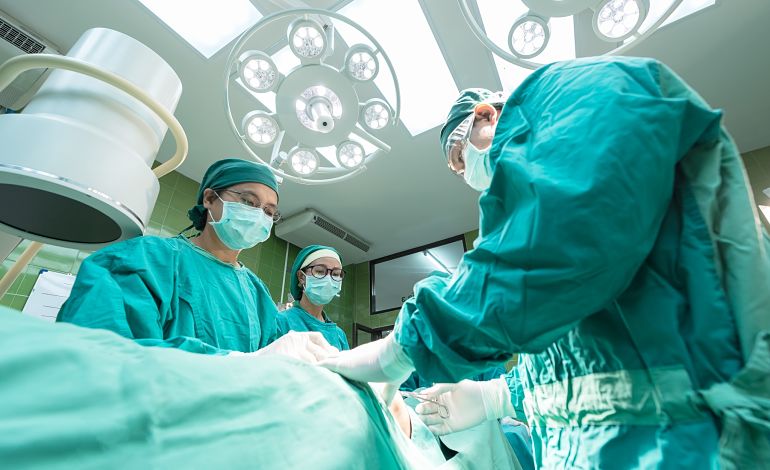 A landmark legal case has made an unlikely hero, and doctors are celebrating. Dr Chris Day has been battling against Health Education England (HEE) for years. On 5 May, Day struck a blow to HEE that will protect patients and doctors, and save lives. By proving that HEE is subject to employment law, ‘whistleblowers’ can no longer be fired for raising safety concerns. As The Canary reported, for Day, this is a victory, and for patients, it’s a lifeline. And now doctors, including Day, have spoken to The Canary about the case.

Day’s story is a sad one. He spoke out after being left on his own, in charge of several wards of very sick patients. He was promptly removed from training. HEE, claiming a legal loophole, was untouchable, for as it was not deemed an ‘employment agency’ Day could not take it to court. Doctors were not protected when ‘whistleblowing’ and so Day’s career was in tatters.

It seemed that raising safety concerns was career suicide. And who suffered? Patients.

(I felt) ganged up upon. I was opposed by the NHS, medical union and medical regulator and ignored by the Royal Colleges.

Whistleblowing victory in a culture of fear

The landmark case won by Chris Day in the royal court of justice on 5 May highlighted that Health Education England was complicit in actively depriving doctors of whistleblowing protection.

Whistleblowing is the act of raising concerns about safety problems. And it is supposedly encouraged within the NHS.

But the reality is somewhat different. Raising concerns appears to be a sure-fire way to be terminated. In a culture of fear, patient safety suffers and careers die because of a legal loophole.

As The Canary previously reported, after years of protracted legal battles, Day’s legal team finally trapped HEE. Day was acquitted of all wrongdoing. And HEE can now be considered as an employer.

This means HEE must protect doctors who raise concerns. This is clearly a win for doctors who decide to whistleblow. And for patients, this is the start of a safer NHS.

This win for 54,000 junior doctors to have the right to whistleblowing protection is particularly important for patients at a time when the NHS is under attack like never before.

Day’s hard work and sacrifice are being celebrated by doctors everywhere. By showing that HEE can be held to account, the fear culture around reported issues is evaporating. Now doctors will be able to speak out with confidence against risk. And with the NHS underfunded, understaffed and undervalued, doctors will become advocates of change.

It is crucial that doctors are able to speak up when they see patients at risk. This is happening alarmingly often and is likely to continue under this Government. This victory is therefore a victory for patients as well as for doctors.

A future of safety

Now with this legal ruling, the fight for the NHS can continue renewed. Doctors, armed with new rights, can hold hospitals to account for failings. And with the Conservatives under fire for their management of the NHS, those in the frontline now have teeth to bite back with.

Dr. Youssef El-Gingihy, GP and author of How to Dismantle the NHS in 10 Easy Steps told The Canary:

Chris Day’s victory brings us a step closer to protection for NHS whistleblowers trying to defend patients by highlighting how the NHS is being deliberately dismantled by the Conservative government through £40 billion of cuts.

For Day, this victory could scarcely have come at a greater cost. With thousands of pounds of debt, his family abused and tested, his career ruined, and his life thrust into the public spotlight, Day might now – finally – see justice. And with an employment tribunal on the horizon, Dr Chris Day may be the hero the NHS needs.

In attempting this I have been insulted, lied about and threatened for life changing amounts while medical leaders have chosen to turn a blind eye. I hope people see more than a win here and also see who has opposed junior doctors having whistleblowing protection. This case tells doctors uncomfortable things about the people that lead, represent and regulate them. A win for me would be doctors not ignoring this information, or maybe even acting on it.

Opinion – From the desk of Doctor Ben Janaway

As an NHS doctor, I rely on the hard teamwork of my colleagues to protect patients. There are daily concerns regarding staffing numbers, patient burden, and system failures. But would I, as a junior doctor, ever speak out? Not above a murmur.

Whistleblowing highlights danger and hospitals cannot afford the press. It’s easier for a hospital to fire a ‘troublemaker’ staff member than acknowledge a serious problem. We are bullied into silence, and people die, to keep the Conservatives’ pockets lined. This is both commonplace and wrong. But if we want to help patients, we need our jobs.

Dr Chris Day has finally armed us with a weapon to fight back against what I see as a government-led problem. Value the NHS, fund it, staff it and stop firing doctors for speaking out. Let’s hope this works.

– Discuss the key policy issues with family members, colleagues, and neighbours. And organise! Join (and participate in the activities of) a union, an activist group, and/or a political party.