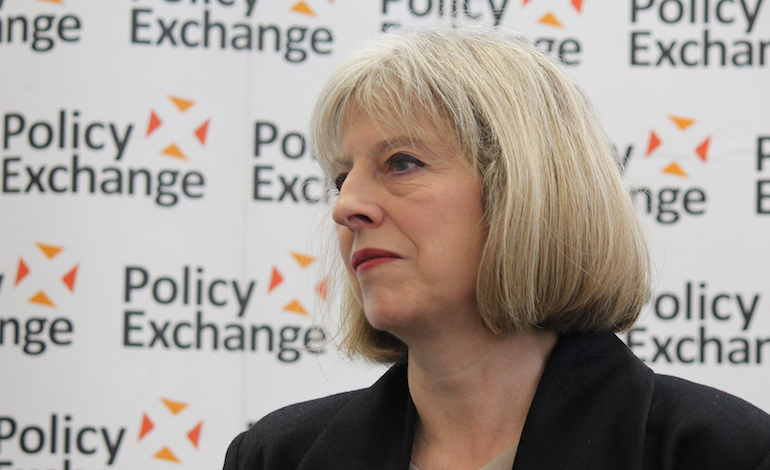 Peace in Northern Ireland depends on the UK government being impartial. The Good Friday Agreement requires [paywall] it. But in 2000, one of Theresa May’s own cabinet ministers, Michael Gove, wrote a 17,000-word pamphlet in which he railed against the Good Friday Agreement, calling the peace process a “moral stain”. And it exposes a grave lack of impartiality in Conservative ranks.

The Conservative government’s plans to do a deal with Northern Ireland’s Democratic Unionist Party (DUP) has caused a public outcry. On 17 June, demonstrators converged on Downing Street to protest any deal. And political figures from former UK Prime Minister John Major to recent Irish Premier Enda Kenny have warned that a deal could put the peace process at risk.

The Good Friday Agreement, also known as the Belfast Agreement, requires the UK government to act with “rigorous impartiality on behalf of all the people in the diversity of their identities and traditions”.

An alliance between the Conservative Party and the DUP could risk all that. Sinn Fein’s Gerry Adams said:

But in 2000, two years after the Good Friday Agreement, Michael Gove wrote a pamphlet called The Price of Peace [pdf] arguing against it:

The Belfast Agreement poses a threat not just to the Britishness of Northern Ireland but the British way of doing things in law, equality of opportunity, policing and human rights. In every area it creates unhappy precedents, likely to divide our society, burden the taxpayer and bloat the State.

The Belfast Agreement has, at its heart, however, an even greater wickedness… It is a humiliation of our Army, Police and Parliament. But, worse still, it is a denial of our national integrity, in every sense of the word. Surely, is the Belfast Agreement not the greatest achievement of this Government, but an indelible mark against it?

utterly despises the 1998 peace deal… Gove characterised the entire peace process as nothing more than a capitulation to the IRA. He insisted that the cause of the Troubles was British lack of firmness in facing down demands for a united Ireland… This is idiocy but, like Gove’s Brexit theorems, dangerous idiocy.

Gove’s reasons for opposing it? It offered too many rights to too many people. O’Toole again:

The Belfast Agreement was, as he put it, ‘a Trojan horse’ for democratic reform across the UK. It introduces proportional representation. Horrifically, ‘it enshrines a vision of human rights which privileges contending minorities at the expense of the democratic majority’. Even worse, ‘it offers social and economic rights’…

Underlying this attack is a sense that it would be better to destroy the peace deal, at whatever cost to the people of Northern Ireland, than to allow this monstrosity to undermine a conservative vision of Britishness.

Gove defended his pamphlet as recently as 2016 when he said on the BBC Andrew Marr Show:

One of things I would say now, we now have peace in Northern Ireland, I’m delighted that we do, but the things we did during the negotiations in the way that we handled the IRA, I would not have done… There is a moral question about someone who had been engaged in terrorism should be in office and I found that very difficult to take.

But as many have pointed out, the DUP has its own links to terrorism.

Gove is not alone in his views. Conservative MEP Daniel Hannan put it much more succinctly, much more recently:

The @duponline are indeed our friends and allies. The IRA weren't. See the difference?

And, according to O’Toole, this partiality goes right to the top:

Gove’s paper epitomises a much deeper set of attitudes to Northern Ireland among what is now the controlling faction of the British ruling class… [May’s] antipathy is quieter and less explicit, but she is essentially Govian. We know this because her signature political issue has been the scrapping of the UK’s Human Rights Act… And this is a straightforward intention to impugn the Belfast Agreement.

Peace in Northern Ireland is, as Major said, “fragile”. The UK government should be doing everything in its power to support the peace process. But Gove’s pamphlet shows that at least one member of the Conservative government does not support that process. And, with the Conservatives apparently hell bent on risking long-term peace for its own short-term gain, the country urgently needs to speak out.