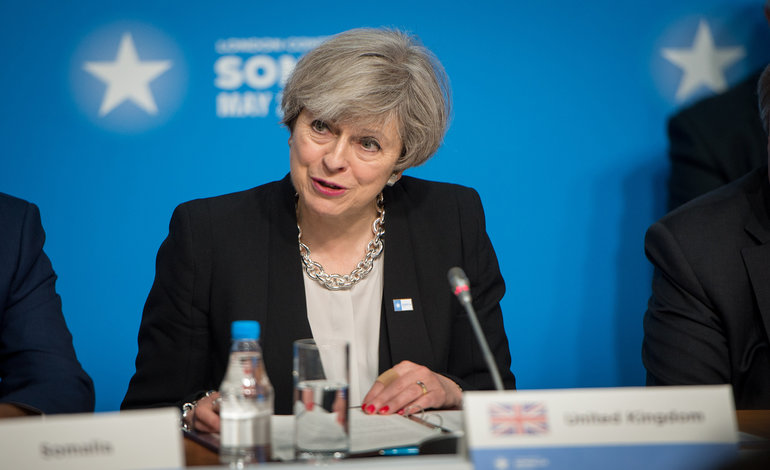 New figures show the government has deported more EU citizens in 2017 than in 2016, with some deportations described as “illegal”. With more EU immigrants facing an unknown future here, Britain seems to have become the “hostile environment” that Theresa May spoke of when she was Home Secretary.

On 12 September, The Independent reported that there were 26% more “enforced removals” of EU citizens in January-March 2017 than in the same period last year.

In the past year, the government has deported nearly 5,000 EU citizens – almost 1,000 more people than in the year before.

But the government is deporting fewer immigrants overall. So the figures suggest the Home Office is focusing on EU immigrants, and making it harder for them to come here and stay.

Immigrant rights groups say the government has deported some of these EU citizens illegally.

In May 2016, when May was Home Secretary, a new policy said that EU citizens sleeping rough were “abusing” their right to freedom of movement. Since then, EU citizens can ‘legally’ be deported for being homeless – which is not a crime.

Rights groups say that rough sleepers have had limited access to lawyers. And people who don’t speak English can’t understand the government’s letters of removal.

The groups say this policy is illegal under EU law; and that EU citizens who have worked here for more than five years can legally stay.

The removal of EEA rough sleepers isn’t just illegal – it’s symptomatic of the compassionless approach of a government desperate to look tough on immigration, whatever the human cost.

So in June, North East London Migrant Action (NELMA) took the Home Office to court over the policy. A hearing will take place in October – unless the government stops deporting rough sleepers.

This Tory Government’s obsession with immigration targets and creating a ‘hostile environment’ mires everything that they do… Labour are clear we value the contribution EU nationals make to our society and we want them to stay.

Benjamin Morgan from NELMA also criticised the rise in deportations:

The message [from the government] goes something like this: we don’t care how much you’ve paid into the system, or whether you have a family life in the UK. If you fall on hard times, you’re out on your ear. Freedom of movement is increasingly a privilege reserved for the rich.

But speaking to The Independent, the Home Office repeated that EU citizens who are sleeping rough “may not have a right” to live in the UK and could be deported.

The message is clear: this government will make life harder for EU citizens living here. Even before Brexit starts.

Did you get the memo?

On 5 September, The Guardian reported on a leaked document from the Home Office, dated August 2017. It shows the Home Office’s plans for EU nationals after Brexit. And they aren’t pretty.

But it would make immigration figures lower.

In 2012, then-Home Secretary May said the government wanted to create a “really hostile environment” to discourage undocumented immigrants from coming to the UK.