The level of antisemitism in Britain has been exposed. But it's not what you might think. - Canary 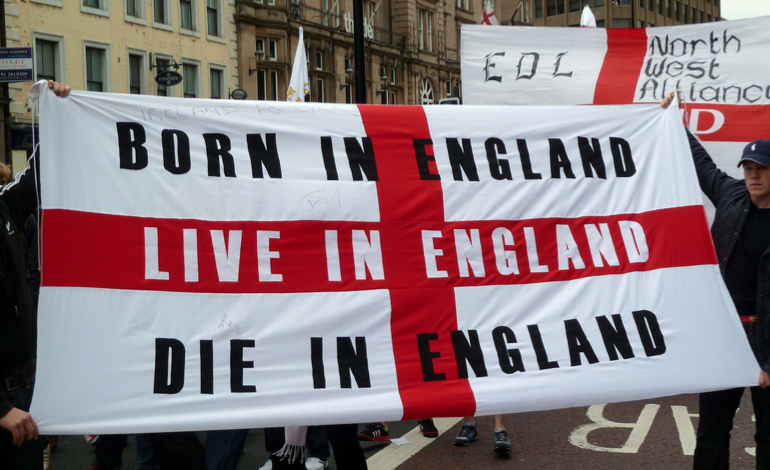 On 12 September, a new survey on antisemitism in Britain came out. The findings are good news for some people – and bad for others.

People on the left and the right should take note.

The Institute for Jewish Policy Research (JPR) in London did the study, which surveyed [pdf p5] 5,466 people. It is the largest ever study of antisemitism in Britain.

It found [pdf p5] that 70% of British people “do not entertain any antisemitic ideas or views at all”. Other positive findings are [pdf p6 and p22] that:

Almost one third of Britons have “at least one antisemitic attitude”. For example, the idea that Jews think they’re better than others, or that they “get rich at the expense of others”.

But that doesn’t mean a third of Britons are antisemitic. The JPR says [pdf p4]:

A majority of people who agreed with just one negative statement about Jews in this survey also agreed with one or more positive statements about Jews, suggesting that the existence of one antisemitic or stereotypical belief in a person’s thinking need not indicate a broader, deeper prejudice towards Jews.

Yet it helps explain why some British Jews don’t feel safe. Because one in three people they meet probably has some sort of low-level prejudice towards them. Even if it comes from ignorance and that person means no harm.

The JPR also found [pdf p59] that 54% of Muslims have at least one antisemitic attitude. But Dr Jonathan Boyd, director of the JPR, told the BBC:

Our intention here was not to make any broad generalisations about the Muslim population and their attitudes towards Jews.

In fact, prejudice towards Muslims and immigrants is [pdf p16 and p40] even worse:

And the worst prejudice exists among people who call [pdf p6] themselves “very right-wing”. That’s only 1.4% of the people studied. But in this group, antisemitic views are [pdf p6] 2 to 4 times higher than in the general population.

For people who think anti-Israel views are always antisemitic, that doesn’t bode well.

Responding to the survey, Joseph Finlay from Jewish Voice for Labour told The Canary:

The insight that… antisemitism and Israel critical (what we would call pro-Palestinian) views are separate phenomena is very important… We are also unsurprised that the report finds ‘antisemitism is no more prevalent on the left than in the general population’ and that the majority of antisemitism comes from the far right. This suggests that the notion that the Labour party is rife with antisemitism is wholly false.

This study reminds us that prejudice is alive and well in Britain – towards Jews, towards immigrants, and towards Muslims. But the right, in particular, needs to take a hard look at the views it allows on its extremes.

– Read more Canary articles on antisemitism and racism in the UK.