In one sentence, the Bank of England puts the Tories to shame on immigration - Canary 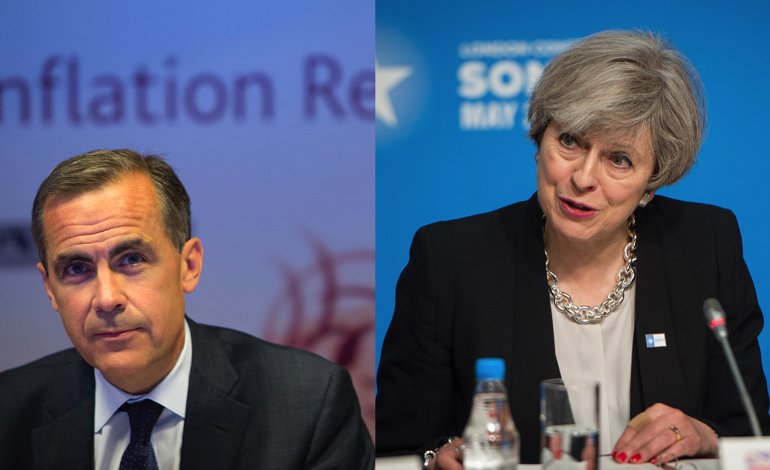 The head of the Bank of England has given a speech about Brexit and the economy that flies in the face of right-wing claims about immigration. And if enough people take note, it could finally put to rest the idea that immigration creates inequality.

On 18 September, Mark Carney, the governor of England’s central bank, gave a lecture at the International Monetary Fund (IMF) headquarters in Washington, DC. Speaking to an audience of powerful economists and bankers, he looked at how Brexit may affect the economy.

And he made a point about immigration that counters what the Conservatives and UKIP have been saying. Carney said [pdf, p19]:

Higher levels of migration in the UK have not, however, been associated with significant reductions in overall wage growth…

In other words, higher immigration hasn’t led to lower wages.

On 6 September, Vince Cable claimed that, when Theresa May was Home Secretary, she “suppressed” reports with similar findings to Carney’s. The Liberal Democrat leader said:

When I was business secretary, there were up to nine studies that we looked at that took in all the academic evidence. It showed that immigration had very little impact on wages or employment. But this was suppressed by the Home Office under Theresa May, because the results were inconvenient.

But May wasn’t having it. At Prime Minister’s Questions that day, she repeated the Conservative line that immigrants are to blame for inequality:

We continue to believe as a government that it’s important to have net migration at sustainable levels – we believe that to be the tens of thousands – because of the impact particularly it has on people at the lower end of the income scale in depressing their wages.

And there was nothing, of course, about her party’s own policies of austerity.

As The Canary previously reported, poverty has grown since the Tories came to power in 2010. More people are using food banks. And a 2016 study found a “robust link” between benefit cuts and food bank use.

Now, the Bank of England has added a piece of evidence that immigration is not what drives down wages. So perhaps Brexit isn’t going to be the solution we all need.