A Grenfell journalist has got a message for the mainstream media. And he's not messing about. [VIDEO] - Canary Workers’ Co-op 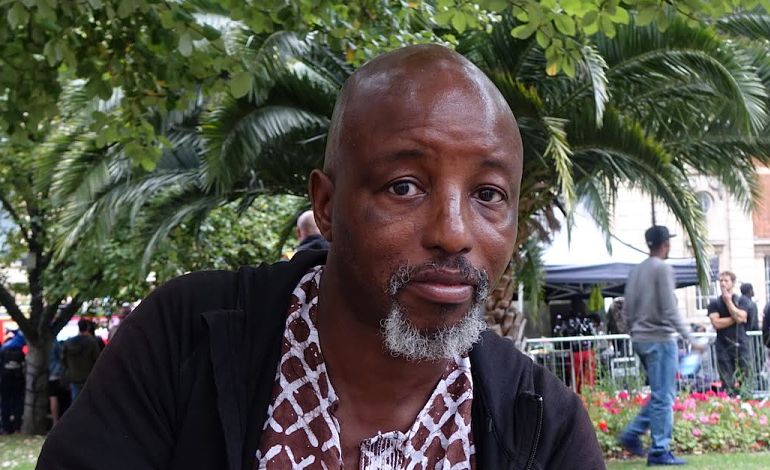 Three months after the fire at Grenfell Tower, a journalist had some home truths to tell The Canary about the media, the political handling of the disaster – and the public inquiry which formally opened on 14 September.

The Canary’s Anu Shukla and Sophia Akram spoke with Toyin Agbetu from Grenfell Media Watch (GMW) at the Hackney Carnival on Saturday 10 September after a one-minute silence for the victims, their families and the community.

Agbetu recalled the moment he stood at the scene on the day with distraught members of the community.

I met people who had actually just come out of the tower who were traumatised saying ‘they’re going to get away with it, what can we do, what can we do?’ And I kind of had the sense that there was something we can do about it – that we can fight.

However, the amount of media attention in the immediate aftermath of the tragedy was one of his first concerns. He said [1:20] it gave him the “sense” that the press were “feeding off the pain of the grief”.

So, Media Watch, one of the things we do, is not just watching what they say, but actually just watching them on the streets, watching how they operate, how they’re talking to people, how dismissive they are after the cameras stop rolling.

Agbetu, who is also an anthropologist, believes journalists need to understand the communities they serve to “find out what really matters”. He said [3:10]:

If you dip in and dip out whenever there’s a headline that’s really interesting, then you’ve missed the nuances – and that’s a problem. And that’s why Media Watch [posts videos] every week, because that way, we’re always feeling the changes.

If we put something out there, there’s feedback, then we learn from that feedback, or we push because of the feedback. It’s a continuous process. And I don’t think the mainstream media gets that. They’re very used to making very short five-minute packages. In fact, they’re normally three-minute packages, which is barely the same length as the adverts they actually sandwich in between.

From the ground, Agbetu says the community have picked up on the “empty platitudes” of the ruling class. And that “sincerity is politically motivated”.

GMW’s presence on the ground means it is the first to pick up information before it reaches the mainstream media. For example, only one other publication, The Independent, caught on to the suicide attempts of Grenfell survivors in July. Other establishment media outlets didn’t catch on to the story until 5 September. And as Agbetu said [2:16]:

You monitor them, watch them, keep them on their toes to make sure things are going. But I think the general message that we’re getting, is that even though there’s a lot of people coming up talking about issues, politicians even fake crying on issues, we don’t have a sense that there’s real sincerity. Not at all really.

The community and the public want justice for Grenfell by holding responsible parties to account. But the main means of doing this – the public inquiry – is not fulfilling everyone’s expectations.

That is why the group BMELawyers4Grenfell has made an urgent request for its judicial review. Agbetu said [4:23]:

The only thing that will push us into the long grass is the inquiry; that’s my biggest, biggest fear. Some people believe there’s going to be a return of justice, others don’t […] But what I am very sure about, is that while people pause investigations, stop giving out statements and using inquiry as a buffer – as an excuse – issues that need to get investigated and scrutinised now, will get pushed into the long grass.

Agbetu said [6:16] it is essential for those who may be accountable to “learn the lessons” – and to “hit them where it hurts.”

[This means] reducing them to prisoner status so they know what it’s like when they are in prison with someone who’s in jail for stealing a £1 bottle [of water] from down the road here in Hackney.

The example is apt. Agbetu is referring to the case of Nicholas Robinson. In contrast, Michael Gove’s slap on the wrist for fiddling expenses shows the reality of a flawed justice system.

Agbetu said the dynamics of the public inquiry would be questionable if it is not “honest”. On Tuesday 12 September, he told The Canary:

“If Moore-Bick’s team plan to deliver nothing more than a fancy report condemning organisational bodies that might lead to some of them facing fines for corporate homicide paid from the public purse – then it should be made subservient to a police investigation capable and willing to identify and charge all the individuals responsible”.

Agbetu has drawn some damning conclusions about how the media and political classes have handled the Grenfell tragedy. And his reaction to the inquiry only serves to reflect the mistrust that exists amongst the Grenfell community. It shows that something is fundamentally wrong with the current system and until things change on an institutional level, communities like Grenfell will continue to be let down.

Featured image by Anu Shukla for The Canary