After calling out Saudi Arabia, Labour lets a big arms dealer into its conference [TWEETS] - The Canary 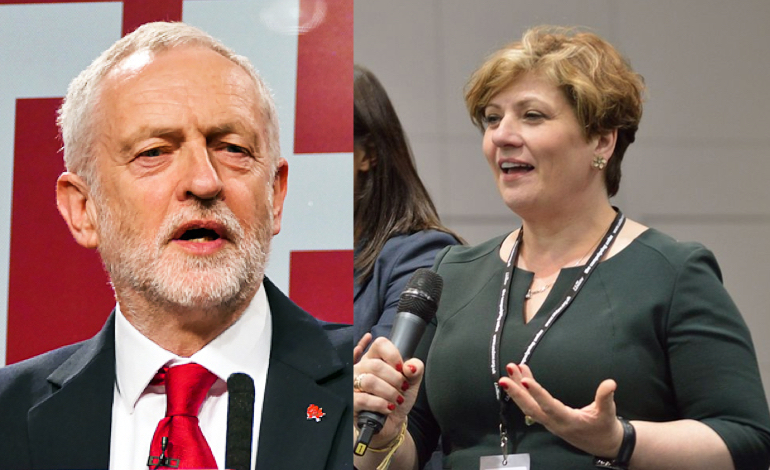 On 24 September, thousands of Labour supporters came to Brighton for the party’s annual conference. But amid the usual speeches and mingling, people were surprised to find one of the world’s largest arms companies among them. And it has cast doubt on the party’s pledge to create an “ethical foreign policy”.

‘We should not be doing both’

On 11 September, Jeremy Corbyn told the BBC that the UK should “no longer supply arms to Saudi Arabia” that the regime then uses in Yemen. He said:

We’re selling arms to Saudi Arabia. Those arms are being dropped on Yemen. And at the same time, we’re sending aid in… We should not be doing both.

But when it came time for its conference, Labour seemed happy to let one of the companies selling those weapons in the door.

For the money, not the few?

On 24 September, a large arms dealer greeted some of the attendees:

BAE Systems, based in the UK, is the third largest weapons producer in the world. According to Campaign Against Arms Trade (CAAT), its warplanes “have played a central role in Saudi Arabia’s attacks in Yemen”. 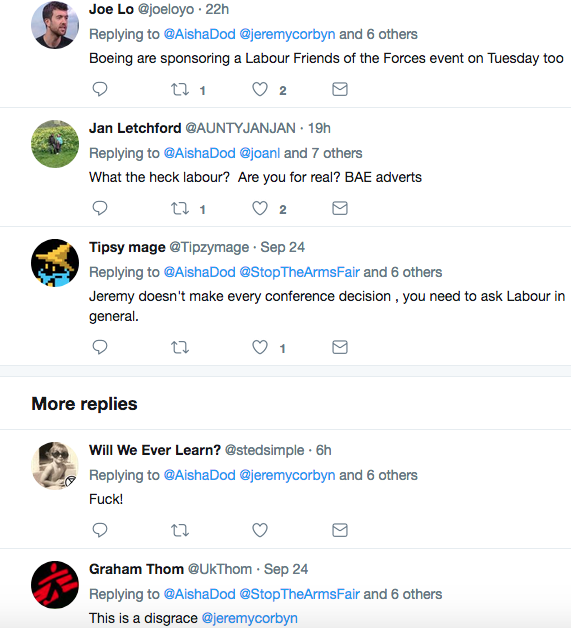 And CAAT called BAE’s appearance at the conference “disappointing”.

The clampdown starts at home

On 25 September, Shadow Foreign Secretary Emily Thornberry told the conference that a Labour government would “immediately reform the way decisions are taken on the export of arms”; and that it would better regulate export licences.

As The Canary previously reported, Labour had also banned Saudi Arabia from attending the conference – specifically because of its military campaign in Yemen. But at the same event, it apparently took advertising money from one of Saudi Arabia’s weapons suppliers and allowed the dealer in.

This begs the question: why didn’t Labour “reform” the advertising at its event, and practise what it preaches?

Labour’s actions need to match its words. When it comes to taking a stand on the arms trade, the party seems to be “doing both” – criticising the UK government and Saudi Arabia while letting a weapons producer in the door to brag about its sales. It’s time for the “ethical foreign policy” to start at home.

The Canary contacted the Labour Party for comment but received no response.